For all the changes in the new cabinet, there remain several familiar faces – in particular, the economic team was kept intact by the Prime Minister, evidently wary of straying from his government's key message.

"The government will continue to focus on the economy, on job creation and on opening new markets," Mr. Harper said outside Rideau Hall on Monday, after his new cabinet was sworn in. The evening before, he'd announced that "the economy remains a top priority" for his government, despite the changes to cabinet.

Mr. Harper signalled his government, halfway through its mandate from the 2011 election, will use a Throne Speech this fall to lay out the next stage of its legislative agenda.

"We've provided strong, stable government in a time of global economic uncertainty. We've kept taxes down while putting our finances on a sustainable path. We are on track to balance the budget in the medium term. But there is more to do," he said.

The trio of reappointed economic ministers all declined comment through their staff, though Adam Taylor, a spokesman for Mr. Fast, said remaining in the same portfolio was a sign that the minister is "the guy to bring the big files home on trade."

NDP deputy leader Megan Leslie, however, says it's a "huge problem" the three major portfolios have the same ministers, because it undercuts the theme of change the new cabinet is meant to represent. A cabinet can't be seen as new if key posts remain the same, she said.

"What it says to me is keep calm and carry on, business as usual," Ms. Leslie said. "… Nothing is different in the portfolios Harper cares about. There will be no change in direction. There will be nothing done differently."

Liberal House Leader Dominic LeBlanc said Mr. Flaherty, Mr. Clement and Mr. Fast are "tired faces" that will continue on the same track, which he characterized as the worst economic record since the Great Depression.

"You don't stay the course when all of the economic indicators are leaving Canadians with a deep sense of uncertainty and concern," Mr. LeBlanc said, later adding: "The [job-seekers] we see in our constituency offices and around the country all the time don't seem to think the economic performance of the government is something to be celebrated, but Mr. Harper must think so."

THE DEMOTED AND DISAPPEARED

Christian Paradis used to be the top dog in Quebec and one of the lead economic ministers at the cabinet table. After Monday's shuffle, however, Mr. Paradis was widely seen as the minister who had suffered the steepest fall. Two years after landing at Industry Canada, Mr. Paradis becomes Minister of International Development and Minister for La Francophonie. Given the recent death of the Canada International Development Agency, Mr. Paradis will work under the stewardship of Foreign Affairs Minister John Baird. It is quite a drop for a minister who was overseeing matters such Canada's telecom industry and had his hand in major economic files.

However, the biggest surprise was that the Prime Minister also dumped Mr. Paradis as his lead minister in Quebec and handed the responsibility to Denis Lebel, who is the Minister of Infrastructure, among other things. The demotion comes at a tough time for Mr. Paradis, whose riding includes Lac-Mégantic, where a train derailment and fire last week killed 50 people.

Government insiders said Mr. Paradis failed to impress in Ottawa in both of his past responsibilities, with the government's telecom policy in flux and disastrous poll numbers in Quebec for the Conservative Party.

Peter Kent, a long-time TV anchor, has been sent to the backbenches. Many environmentalists did not trust Mr. Kent to protect their interests in Ottawa as the minister of environment, and he frequently failed to hold his own in the House of Commons against opposition critics. Mr. Kent plans to run again in the Ontario riding of Thornhill, but signalled his demotion in a statement earlier this month that he now can "better devote" himself to his constituents and their issues.

Mr. Harper has also replaced ministers who had announced their departures or told him they do not plan to run again: Vic Toews (public safety), Ted Menzies (minister of state for finance), Keith Ashfield (fisheries), Diane Ablonczy (minister of state of foreign affairs) and Gordon O'Connor (whip). Stephen Fletcher, who lost his position as minister of state for transport, said in a statement that he will run in the next election and explaining that he is out of cabinet because of a need for better "gender distribution." 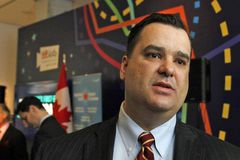 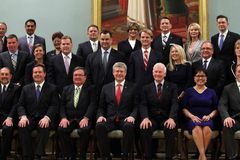 Follow Josh Wingrove and Daniel Leblanc on Twitter @josh_wingrove @danlebla
Report an error Editorial code of conduct
Due to technical reasons, we have temporarily removed commenting from our articles. We hope to have this fixed soon. Thank you for your patience. If you are looking to give feedback on our new site, please send it along to feedback@globeandmail.com. If you want to write a letter to the editor, please forward to letters@globeandmail.com.
Comments