It was supposed to end all the criticism about a "sweetheart, backroom" deal.

But the 32-page contract and financial concessions did not change the optics: The government had shut out local companies by giving Samsung preferential access to the electricity grid, compromising the very process it set up to lure investment in the fledgling green power sector.

Controversy over the deal has followed Liberal Leader Dalton McGuinty on to the campaign trail, where it has emerged as the only major policy clearly separating the two front-runners. Progressive Conservative Leader Tim Hudak has vowed to tear up the Samsung agreement and scrap generous incentives for other companies if he wins the election next Thursday.

Samsung alone is supposed to create 16,000 jobs, but half will be temporary construction positions and only 900 will be in manufacturing. The company has injected $150-million of the $7-billion it has pledged to invest in the province.

And fresh details reveal that the Samsung deal was crafted in the Premier's Office with no input from his caucus. Concerns raised by Liberal MPPs that it would allow Samsung to jump to the front of the line ahead of domestic companies were all ignored.

In the end, electricity consumers are footing the bill for Ontario's green power venture. In the haste to fast-track the creation of a green energy manufacturing sector, did the province sacrifice financial value for flash?

If he could do the deal all over again, Mr. McGuinty said in a brief interview on Thursday, he would not change a thing. "What we're doing here in Ontario has not been done before in North America," he said.

Mr. McGuinty began looking at where to place his strategic bets during the global economic recession in 2008, when manufacturing jobs were quickly vanishing in Ontario. He solicited many opinions, said a source close to the talks, and the jurisdiction that kept coming up was Germany.

Mr. McGuinty turned to David Suzuki, Canada's best-known environmentalist, to set up a meeting with the father of Germany's green energy revolution, Hermann Scheer, in June of that year. The German parliamentarian arrived in Mr. McGuinty's office in the Ontario Legislature with a blueprint for building a new economy from scratch.

Liberal MPPs learned about their government's push into green energy in the fall of 2008 during a caucus retreat at the Benmiller Inn in Goderich, where Mr. Smitherman talked about the potential to create 50,000 jobs. No one asked where the number came from, said someone at the retreat, adding it quickly became apparent there was no rigour behind it.

Caucus members did not become aware of the talks with Samsung until much later. Days after the feed-in tariff program started in September of 2009, Mr. Smitherman set aside a huge chunk of the electricity transmission grid for Samsung. This preferential treatment made it difficult for other companies to enter the market because there was not enough capacity on the grid for everyone. Some green projects were squeezed out entirely.

The backlash was immediate. During a raucous cabinet meeting, three senior ministers criticized the Samsung deal. There were suspicions Mr. Smitherman negotiated such a generous deal to burnish his own mayoralty campaign.

In his first interview about the deal since he resigned from cabinet two years ago to run unsuccessfully for mayor of Toronto, Mr. Smitherman acknowledged he was an easy target. "Obviously, it was a transformational play," he said. "So it shouldn't surprise anybody that the level of discussion was intense."

Mr. McGuinty eventually won the support of his caucus, but not of his opponents at Queen's Park. At the leaders' debate earlier this week, Mr. Hudak tore into the Samsung deal and Ontario's renewable energy subsidies, questioning the quality and number of jobs being created.

The Liberal Leader was as resolute as ever about his green power plans. "When you're out front and your innovating, you're going to develop new approaches," he said in the interview. "Fundamentally, that's what leadership comes down to. It's going out there, driving hard securing those kinds of arrangements." 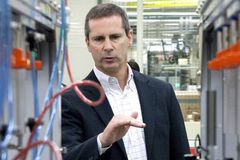 ANALYSIS
Why McGuinty' power-plant pledge is a gift to other Ontario parties
September 28, 2011 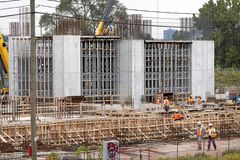