Finance Minister Jim Flaherty described Mark Carney's decision to accept the job of Governor of the Bank of England as "bittersweet." But for the Harper government, the news is considerably more sweet than bitter.

Choosing the man whom George Osborne, the chancellor of the exchequer, calls "the outstanding central banker of his generation" is a matter of pride for all Canadians.

Prime Minister Stephen Harper will be happy to accept the world's praise on our behalf.

Beyond that, Britain's Cameron government has turned to Mr. Carney to lead one of the world's major central banks at a time of great economic turmoil. The British economy is struggling: Its financial sector is still recovering from shocks of the recession; the new governor will be charged with implementing new powers of financial oversight that the Bank has been tasked with assuming.

By importing Mr. Carney, the British are taking on, not just a governor, but a culture. Mr. Carney's background at Goldman Sachs and his determination to confront the titans of Wall Street as head of the Financial Stability Board once led to a reported shouting match between him and the head of JP Morgan Chase during the financial crisis.

Mr. Carney, in that sense, embodies the culture of caution that has marked Ottawa's relations with the financial sector back at least to the days of the Chrétien government. This, along with Mr. Carney's obvious skills, is what makes him so attractive to the British.

Asking Mr. Carney to take on the challenge of helping right the British ship is also a powerful vindication of the Conservative government's fiscal and monetary policies.

Mr. Harper and Mr. Flaherty, who appointed Mr. Carney to the Bank of Canada, incessantly claim that their economic stewardship has made Canada the envy of the world. The world appears to agree. No doubt the Prime Minister and Finance Minister will remind the NDP and Liberals of this the next time they criticize the government for economic mismanagement.

The blessings aren't entirely unmixed. There is bound to be speculation over whether Mr. Carney's successor will be more likely to raise interest rates sooner rather than later. But the government will be able to smooth those concerns by swiftly appointing a successor.

In the political bubble of Ottawa, there is a third reason for the Conservatives to feel quiet satisfaction over Mr. Carney's departure. Senior Liberal strategists have often mentioned him, with great longing, as the one potential leader who could restore the third party's economic credibility and make it once again a contender for power.

Of course, his five-year term will end in 2018, well after the next election. Who knows what his next career move will be?

Those with a historical bent will recall that both Democrats and Republicans tried to convince Dwight Eisenhower to be their party's presidential nominee in 1952.

But let's stop right there. That's too far down the line, even for political wonks in this town. 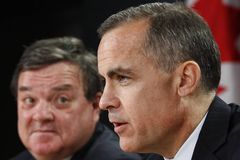 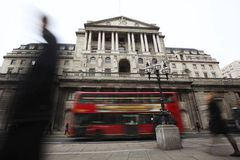 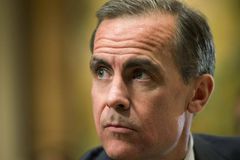 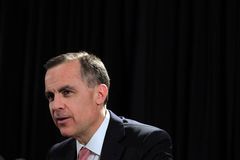 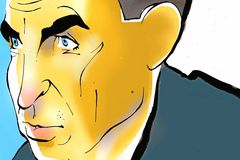 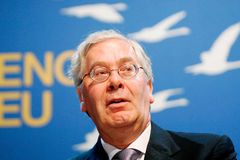