A major law firm whose expertise includes mining and resources permits and regulations hosted a private Liberal Party appreciation night on Aug. 29 for Natural Resources Minister Jim Carr, which the opposition is calling a "brazen example of cash-for-access" fundraising.

The event took place in a boardroom at the Edmonton offices of MacPherson Leslie & Tyerman, according to the notice advertising it on the Liberal Party website.

The Aug. 29 event was open to any donor who had paid an annual $1,500 fee to join the Liberal Laurier Club, an elite fundraising arm of the Liberal Party, which entitles contributors exclusive access to senior cabinet ministers.

The Liberals disclosed such events last week in a list of all their fundraising activities. The appreciation events are free for those who have already given the maximum party donations or committed to monthly donations that will reach that amount by year end.

Read more: The Trudeau Liberals trade access to power for cash. here's how to stop them

The opposition parties have hounded the Liberals in the Commons over such fundraisers, which The Globe and Mail first revealed on Oct. 19.

"In another brazen example of cash-for-access … the Minister of Natural Resources attended a high-priced fundraiser at the officers of MacPherson Leslie & Tyerman. MLT is one of the largest law firms in Canada. It specializes in the natural resources sector, the same sector that the minister regulates. This is a clear conflict of interest," Conservative MP Mark Strahl told the House of Commons.

"It is access-for-cash," he said in an interview. "It's the good old Liberals giving access to ministers."

The Registry of Lobbyists in Ottawa shows lawyers at Aikins have five active registrations for lobbying the Department of Natural Resources, among other federal institutions. Mr. Carr is the MP for Winnipeg South Centre.

"This firm [Aikins] has lobbied the minister's department on several occasions, so once again, we have Liberal insiders hosting ministers at exclusive high-end fundraisers and then turning around and lobbying them," Mr. Strahl told MPs.

Government House Leader Bardish Chagger replied that the Liberals are following election financing rules, which she said are superior to those of some provinces.

"In fact, in some provinces, individuals can donate in the tens of thousands of dollars and in other jurisdictions they have no limits," she replied, reading from a prepared statement. "Some provinces accept donations from unions, trade associations and corporations. That is not the case in the federal system."

The merged law firm did not respond to a request for comment from The Globe.

In an e-mail, Liberal Party spokesman Braeden Caley‎ said, "‎MacPherson Leslie & Tyerman (MLT) has made their space available for a variety of non-profit and political events" and that MLT was not registered to lobby the federal government on any matter.

Asked on Monday about the Aug. 29 event, Ms. Shepherd's office quoted from the Lobbying Act: "Lobbyists engaging in political activities may need to restrict their lobbying in cases where their political activities could create a sense of obligation on the part of the public office holder, if lobbying the public officer holder would place them in a real or apparent conflict of interest."

Ms. Shepherd said last week that lobbyists who organize or sell tickets to political fundraisers "create a sense of obligation" and put a minister in a real or apparent conflict of interest.

Elections Canada figures show that, for the first time in years, the Liberal Party edged out the Conservatives in donations between July and September of this year, raising $3.2-million compared to $3.1-million for the Tories. The NDP brought in only $972,607.

The Liberal events, at which donors pay up to $1,500 to meet senior ministers in charge of major spending or policy decisions, appear to violate the Prime Minister's Open and Accountable Government rules, which state "there should be no preferential access, or appearance of preferential access" in exchange for political donations.

"These are not open to the general public. These are exclusive fundraisers for people who can afford it and who happen to be invited," Interim Conservative Leader Rona Ambrose told the House. "They are being hosted and attended by insiders and lobbyists who want something from the government."

As he has done for the past two weeks, the Prime Minister ducked questions about the ethics rules he brought in last November. Instead, he told MPs the fundraisers are part of the Liberal government's effort to "consult and engage" with Canadians.

"The fact is, Mr. Speaker, there is not preferential access to this government. This government is demonstrating an open and transparent approach," Mr. Trudeau replied. "Not just in following the rules, but being more engaged with Canadians than any previous government."

The Trudeau Liberals trade access to power for cash. Here’s how to stop them
October 28, 2016 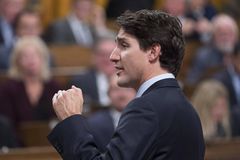 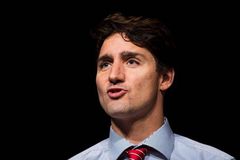 B.C.’s political fundraising makes a mockery of democracy
October 28, 2016
Follow Robert Fife and Steven Chase on Twitter @RobertFife @stevenchase
Report an error Editorial code of conduct
Due to technical reasons, we have temporarily removed commenting from our articles. We hope to have this fixed soon. Thank you for your patience. If you are looking to give feedback on our new site, please send it along to feedback@globeandmail.com. If you want to write a letter to the editor, please forward to letters@globeandmail.com.
Comments