Faith-based organizations are welcome to seek federal funding to create summer jobs for youth, the Liberal government says, but it has not budged from a new requirement that recipients demonstrate they respect a woman's right to have an abortion.

Prime Minister Justin Trudeau has said he is willing to work with churches and other religious groups that have expressed their concerns over the new application process for the Canada Summer Jobs program, which requires applicants to attest that neither their core mandate nor the job itself oppose human rights, including those related to abortion, sexual orientation and gender identity.

"The aim of adding that attestation to the application form is to ensure that organizations who have those stated goals – either discrimination against minorities or removing rights from women – that federal taxpayer funding does not get directed there," Trudeau spokesman Cameron Ahmad said Wednesday.

"Other organizations, faith-based organizations who do plenty of work outside those realms, would not be affected by the attestation."

Julia Beazley, director of public policy at the Evangelical Fellowship of Canada, said the Liberals are sending mixed messages.

"They remain unequivocal about the attestation," she said, "so, it's sort of like saying, 'You're welcome to apply, if you decide to agree with us and check off this attestation."

Some faith-based organizations have discussed submitting an alternative attestation, such as by saying they support all charter and human rights law, but do not want to be compelled to express broad support for reproductive rights.

Employment and Social Development Canada suggested such applications would be rejected outright.

"The attestation is required for the application ... to be considered complete and eligible for assessment," a spokesman for the department said in an email when asked specifically what would happen if an organization submitted an alternative attestation.

Matt Pascuzzo, a spokesman for Employment Minister Patty Hajdu, said federal officials have been proactively contacting organizations that have received funding through the program in the past to answer questions and field concerns about the new application process.

He, too, said a workaround would not succeed.

"We've been clear in the applicant guide that in order to proceed you have to sign or click a button that signs the attestation and that's the way we've decided to go with it," Pascuzzo said.

The decision stems from a controversy last year when officials approved tens of thousands of dollars for groups opposing abortion.

"The government took swift action to undertake a review of the Canada Summer Jobs program when it came to our attention that program funding was being used for jobs for young Canadians in environments that did not respect the rights of all Canadians (for example, an organization that uses summer interns to advocate against LGBTQ rights)," the departmental spokesman wrote in an email.

Similar eligibility criteria – without the attestation – have been put in place for the new national youth volunteer program.

But the government has gone too far in trying to achieve its goal, Beazley argued, since it could have simply changed the criteria to make it clear grants should not be used to fund jobs where the primary activity is advocating for change to existing laws.

"But essentially, they have put in place a values test which requires applicants to agree with something that they don't want to in order to be eligible – or your alternative, as they are making very clear, is just to forego the funding altogether."

The irony, Beazley suggested, is that the Liberal government would likely take no issue with many of the summer jobs hosted by religious groups.

"They serve without discrimination, but they do this out of a religious ethos, out of a certain religious identity, and they are well within their rights to do that," she said.

Conservative Leader Andrew Scheer said it is up to the government to decide what it will fund and what it will not, but it goes too far when Trudeau is trying to impose his "personal values" on the summer camps, soup kitchens and shelters that receive support from the program.

"For them to have their funding jeopardized because of their own views on some of these issues, it doesn't make sense to me," Scheer said Wednesday in Washington. 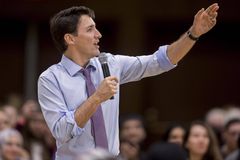 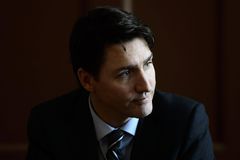