While he is officially neutral in the Conservative leadership race, Peter MacKay gave a boost to the underdog candidacy of Erin O'Toole by headlining a fundraiser on his behalf just as membership sales were closing.

The appearance by Mr. MacKay at the GTA event on Tuesday night – which Mr. O'Toole publicized on social media – is but one example that the 14-candidate Conservative race is far from over as it enters its last phase.

Mr. MacKay is also set to appear at a fundraiser for Andrew Scheer, according to Mr. Scheer's campaign, with the date to be confirmed.

There is a growing consensus in Conservative circles that businessman Kevin O'Leary and MP Maxime Bernier are front-runners, but also a sense their lead is not yet solid enough to prevent a "consensus candidate" from overtaking them on the final ballot on May 27.

Mr. O'Leary has announced that he has sold more than 35,000 membership cards, while Mr. Bernier's team is confidently stating the Quebec MP will be on the final ballot, referring to internal polls.

Adam Radwanski: O'Leary has not exactly swamped the Conservatives with new recruits

However, another tranche of candidates are jockeying for third place heading into the final stretch, hoping to secure enough second– and third-place support to win on the preferential ballot. As it stands, Conservative MPs Andrew Scheer, Lisa Raitt and Mr. O'Toole are all hoping to benefit from an "Anybody But O'Leary" or "Anybody But Bernier" movements.

Organizers from these campaigns are working to secure endorsements from a number of high-profile Conservative members such as Mr. MacKay, who was a senior Conservative minister in the Stephen Harper government.

Mr. MacKay could not be reached for comment on Wednesday, and it remains unknown if he will support anyone in the coming weeks.

However, supporters of Mr. O'Toole said his appearance at the fundraiser was the type of "positive signal" that showcases their candidate's momentum with less than two months to go.

A number of big names in the Conservative Party are expected to remain silent throughout the race. Still, they may also send signals that they do not support some prominent candidates, which could help their lower-ranked rivals.

For example, Alberta PC Leader Jason Kenney is not expected to endorse anyone, but he publicly raised the fact that Mr. O'Leary's lack of bilingualism disqualifies him from the leadership. Mr. Kenney has also had harsh words about leadership candidate Kellie Leitch's plans to screen immigrants for their adherence to Canadian values.

"To … imply, as I think she sometimes does, that our system has gaping holes, is, to be charitable, inaccurate, and I think preys on certain widely held misconceptions," Mr. Kenney said in an interview last month.

The Conservative Party said on Wednesday that it will not release final membership numbers until the end of April, and a number of leadership camps won't state how many cards they sold.

In an e-mail to supporters on Wednesday, Mr. Bernier said his campaign has matched Mr. O'Leary's in both membership sales and fundraising. "We've raised over $905,000 this quarter, from small donors in every region of the country," the e-mail said. Mr. Bernier's team said he raised $130,000 at a recent event in Vancouver.

In a statement, Mr. O'Toole's spokeswoman, Melanie Paradis, said: "We are extremely happy with where we are in terms of membership sales and fundraising, and thrilled with where the campaign is at and the momentum we are gaining."

In a release sent shortly after midnight on Wednesday, Mr. O'Leary urged fellow candidates to release accurate membership numbers and called on the Conservative Party to complete a full audit of the membership list "to ensure all sales are fully legal and conform to the rules."

Mr. O'Leary's campaign said the reality TV businessman has sold 35,336 memberships and raised $902,408 in the 69 days since he announced his candidacy in mid-January.

Ms. Raitt's campaign said she has signed up 10,613 members, and Michael Chong's camp said he sold about 10,000 memberships.

Some leadership teams are playing down the importance of membership numbers, noting each riding is weighed equally in the race and what matters is having memberships in a variety of ridings. 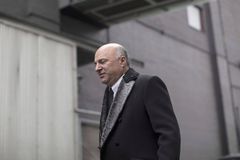 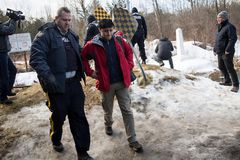