Ottawa has placed 905,000 hectares of the northern offshore up for bids, clearing the way for energy companies to snap up exploration rights for an area half the size of Lake Ontario. The scale of the offer indicates eagerness in the oil patch to drill for new finds in Canada's northern waters less than two years after such plans were put on hold following the BP spill in the Gulf of Mexico and a major Arctic drilling safety review.

The Arctic exploration auction resumes as the Harper government is promoting greater development of the country's resources. It has taken steps to speed regulatory approvals for major energy projects such as the proposed Northern Gateway pipeline, promising to limit the ability of environmental groups and other opponents to block or delay new developments.

"The bid call reflects the potential that we see for resource development," he said. "The North is home to world-class natural resources that represent a tremendous economic growth and tremendous jobs potential for northerners – and, frankly, for all Canadians."

The North is in the midst of change, as melting ice promises more open northern shipping routes, which might help companies bring northern oil to global markets.

Development of Canada's offshore Arctic energy, however, remains a risky bet. It has been nearly half a century since the federal government launched a program to drill in the frigid frontiers of the country through a company called Panarctic Oils. Although more than 400 wells have been drilled in the North, and some 65 petroleum fields found, barely a trickle of oil and gas has made it to market. Leases sold today might not yield anything for decades, if ever.

Still, the sheer magnitude of what is on the block is a clear signal that some in the oil patch are contemplating a return north, because parcels aren't made available unless companies request them. In that sense, the current bidding round is a remarkable turnaround for an industry whose plans were, until late last year, halted by a National Energy Board review into offshore Arctic drilling.

"When these guys are bidding, it's pretty safe bet they're intending to drill," said Doug Matthews, a northern energy consultant.

He pointed to the fact that companies that bid – under the system, bids are offers to spend a certain amount to explore the area – forfeit a quarter of their offer if they don't do what they promise. "That's some serious interest up there," he said.

There is no guarantee that the current round will produce big numbers. Recent years have brought very small bids from companies that some consider speculators with a questionable ability to mount multibillion-dollar drilling programs. But when big companies are involved, the bidding can be huge. In 2007, Imperial Oil Ltd. and ExxonMobil Corp. jointly bid $585-million for a large Beaufort Sea parcel, followed by $1.2-billion in 2008 by BP and $103-million in 2010 from Chevron Corp.

Development plans for those areas were put on hold after the BP spill, which triggered a lengthy review of Canada's Arctic drilling policy. The return of Beaufort interest may be evidence that oil companies are comfortable with new rules the National Energy Board released last year that allow companies to depart from a rule that requires, in a disaster, that an emergency well be completed before winter – if they can show other means that provide equivalent safety measures.

How to do that remains an unanswered question and may take years to settle, leading some to question why companies would look for more stakes in the Beaufort.

The industry already has plenty of huge development projects, such as the oil sands.

"It doesn't look logical right now," said Scott Bolton, an energy partner in PricewaterhouseCoopers' Calgary practice. But, he said, "there's just so many variables in this industry right now that it's good to hedge your bets with different assets in different locations." He pointed to problems building new pipelines out of Alberta, but also to new shipping avenues that could open with a melting Northwest Passage.

"It would require someone to have a long-term perspective," he said. "There's no doubt the hydrocarbon resource is enormous."

Interest in Arctic oil is on the rise across the globe. ExxonMobil has signed an alliance with Russian state oil firm Rosneft to explore jointly for high-latitude oil. Apache, Shell and BP are all working to conduct seismic testing in the Alaskan offshore this year. ConocoPhillips recently picked up more land in Alaska, and the company, along with researchers from the United States and Japan, recently announced a successful production trial of natural gas from frozen Alaska methane hydrates, a potentially massive new energy source.

And the Arctic, as the final energy frontier in Canada, continues to hold promise. Beneath the ice-covered waters of the Beaufort may still be the kind of elephant finds that make billion-dollar drilling programs worthwhile.

"If these guys are spending time up there, it's not to chase little pools," said Mike Dunn, an analyst with FirstEnergy Capital Corp.

The massive auction, which runs until September, puts in play a 30-per-cent expansion of the area already under lease in the Beaufort and Mackenzie Delta.

Opinion
Why a national energy strategy must look north
March 14, 2012 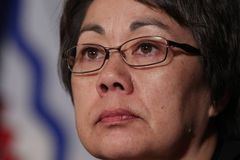 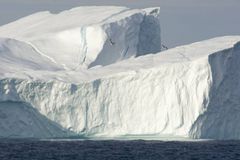