In a stunning political comeback propelled by a national desire for change, Justin Trudeau and the Liberals won a decisive majority Monday night, bringing an end to the Stephen Harper era and a decade of Conservative rule.

Long derided by opponents as shallow and inexperienced, the Liberal Leader will now be the second Trudeau to take up residence as Prime Minister at 24 Sussex Dr. after leading the Liberals from the political wilderness back into government.

The result signals a vast reversal of fortunes for a party that was all but written off after winning just 34 seats in the past election. Their seat haul on Monday – with huge gains across the country – amounts to the largest increase in seats for a party between elections in Canadian history. The party was elected in 175 ridings and leading in a handful of others late Monday night.

The vote put an end to a long, acrimonious campaign that saw charges of Conservative Islamophobia and a bitter fight between the Liberals and NDP for the "change vote," a battle the Liberals won.

In his victory speech in Montreal, Mr. Trudeau sent out a message of unity to Canadians, continuing the positive approach he adopted during the campaign. The Liberals operated on the principle that "you can appeal to the better angels of our nature, and you can win doing it," he said.

For Mr. Harper and the Conservatives, the loss comes as a stern repudiation by voters and marks an end to their nearly 10-year hold on power, a polarizing stretch that has seen taxes cut, crime punished more severely, and a more combative role for Canada on the world stage.

The New Democrats placed a distant third and will be sorely disappointed with their showing under Leader Tom Mulcair.

Mr. Harper called on the party's caucus to appoint a new interim leader Monday night as it became clear that the Tories had been handed a resounding defeat after a campaign that was criticized for its harsh, divisive tone. Mr. Harper has long said he would resign if the party lost this election.

He didn't address resignation in his concession speech, but said he accepted the result.

"During the past nine and a half years it has been an unbelievable honour to serve as your Prime Minister," he said in his Calgary riding, which he won. "We gave everything we have to give and we have no regrets whatsoever. Friends, how could we? We remain citizens of the best country on Earth."

Jason Kenney, Defence Minister in the outgoing government and a likely front-runner for the Tory leadership, said it was "obviously a bad night for the Conservative Party, but we'll come back."

"On substantive points, we've been a very good government. I think where we went wrong was on tone and we have to learn from our mistakes. Obviously, the collapse of the NDP didn't help us at all," said Mr. Kenney, who won his Calgary seat handily.

New Democrats came into the campaign with better standing and higher hopes than the party had ever had. Having won 103 seats in 2011, the party also had a massive base in Quebec, after an Orange Wave gave them a surprising 58 seats in the province.The NDP hoped to build on their unprecedented success four years ago and form the party's first national government in 2015. But after leading in opinion polls for most of August, the party stumbled in the home stretch. Their Quebec stronghold has been reduced to a rump of less than a dozen seats.

"With this election, Canadians have asked us all to work for them. We will not let them down," said Mr. Mulcair in his concession speech. The NDP Leader held onto his Montreal seat comfortably.

A handful of the party's MPs in the province were in close fights. The majority were crushed, mostly by Liberals. The Bloc Québécois was revived somewhat Monday and were leading or elected in 10 ridings.

The Quebec result was a stunner for Liberal officials, who considered Quebec a wild card. It is the first time since Mr. Trudeau's father, Pierre, was prime minister that the party has won a majority of seats in the province.

Several high-profile candidates were trampled in the Liberal stampede nationwide. Immigration Minister Chris Alexander, who was strongly criticized for his tone-deaf response to the Syrian refugee crisis during the campaign, lost his seat in Ajax to Liberal Mark Holland.

NDP stars like Megan Leslie and Peter Stoffer fell to Liberals in the Maritimes.

Indeed, the Liberal rout began with the party sweeping Atlantic Canada, where it looked poised to take all of the region's 32 seats.

The emphatic win for the Liberals across the country was the culmination of an often brutal contest bookended by the Mike Duffy Senate scandal and the controversy involving Liberal campaign co-chair Dan Gagnier – who subsequently resigned.

The Conservatives hoped to run on their economic stewardship, but struggled during the lengthy campaign to combat the desire for change in the electorate – what Tory staff privately called an impulse to "dump Harper."

"Distractions," as Conservatives called them, included revelations at the Duffy fraud trial, charges the government was failing Syrian refugees and a backlash outside Quebec to Mr. Harper's comments that he would consider banning the niqab among federal public servants.

A promise to establish a tip line for reports of "barbaric cultural practices" was also widely condemned as inflammatory.

The final week of the campaign also saw the increasingly frustrated Conservatives use cash-register sound effects to emphasize the cost of Liberal tax hikes, and trot out Rob Ford, Toronto's former crack-smoking mayor, and his brother Doug at rallies in the city.

The first leaders' debate in particular established Mr. Trudeau as a credible aspirant for prime minister, after a Tory spokesperson said he would do well to show up with his pants on.

Mr. Trudeau capitalized on his youthful persona, presenting himself as a sunny, energetic alternative to the staid, controlling Mr. Harper.

The Liberal campaign ended on a high, with Mr. Trudeau drawing big crowds at every stop. Over the course of the race, he took thousands of selfies, which supporters uploaded on social media, generating additional exposure at no cost.

The party platform also made a mark with voters. Liberals said the key moment of the campaign came as they announced, in late August, that they would run three deficits of up to $10-billion a year to pay for infrastructure spending. The move allowed the party to present a more ambitious agenda, but also created a clear contrast with the NDP and the Conservative Party that both vowed to balance the books.

That promise hit the NDP "like a train," said a senior Liberal organizer.

For the New Democrats, the issue over women wearing the niqab during citizenship ceremonies seems to have been the turning point. Mr. Mulcair defended the right of women to wear the face-covering garb, a bitterly unpopular position in Quebec. 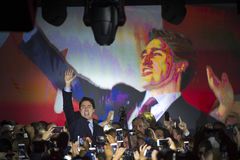 How the Liberals surged to a majority
June 5, 2017
The high-profile winners and losers of the federal election
May 15, 2018 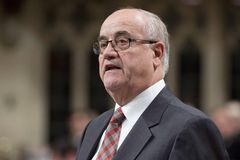 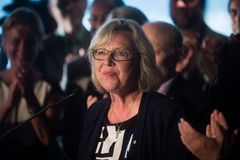 Follow Eric Andrew-Gee, Steven Chase, Daniel Leblanc and Les Perreaux on Twitter @ericandrewgee @stevenchase @danlebla @Perreaux
Report an error Editorial code of conduct
Due to technical reasons, we have temporarily removed commenting from our articles. We hope to have this fixed soon. Thank you for your patience. If you are looking to give feedback on our new site, please send it along to feedback@globeandmail.com. If you want to write a letter to the editor, please forward to letters@globeandmail.com.
Comments