Samuel Getachew is the first to admit he's an ambitious man, and over steaming mugs of bitter kaffa at Wanza Restaurant, he makes no apologies for his big dreams or the people who oppose them.

"I'm proposing changes," he said matter-of-factly in the Danforth Avenue Ethiopian eatery. "Change always gets attacked when it's moving forward."

And Mr. Getachew's dream of a "Little Ethiopia" on Danforth Avenue, as improbable as it seems, is moving forward. After more than a year of being told "no" by the board of one of the biggest Business Improvement Areas in the city, the 34-year-old helped organize a new slate of board candidates for the Danforth Mosaic BIA elections.

Twelve of the new candidates were elected on Dec. 2, effectively usurping the old board. Three of the 12 are Ethiopian - two own restaurants in the area and one is an accountant. Mr. Getachew said he's confident Little Ethiopia will now be back on the table.

"Hopefully, we are the BIA this time and now they will listen to us," Mr. Getachew said with a grin.

Up to 70,000 people of Ethiopian origin live in the GTA and surrounding region, according to the executive director of the GTA's Ethiopian Association. But Toronto doesn't have an officially branded neighbourhood for any African country. Italians, Greeks, Koreans, South Asians, Chinese and Portuguese all have pockets of town to call their own. Even tiny Malta has a few blocks named after it in the Junction.

Until this month, Mr. Getachew had failed time and again to gain support from the board or the city for Little Ethiopia, which he proposes would stretch four blocks down Danforth Avenue from Greenwood Avenue to Monarch Park. The problem isn't the idea, city officials agree, but the multicultural area he envisions it in.

"That area has businesses owned by Greeks, Italians - a whole range of cultural groups," city Councillor Janet Davis said. "The name 'mosaic' was intended to highlight the diversity." Indeed, the area is lined not just with Ethiopian businesses, but also with Moroccan, Italian, Greek, Asian and Spanish restaurants and cafés. Mike Major, the manager of the BIA office at the City of Toronto, said that if the new board wants the city to look at branding the area, the city will do so.

"But it sends mixed messages when you have banners that say 'Mosaic' and street signs that say 'Little Ethiopia.' "

For the Ethiopian community that eats, works and mingles in the area, however, a Little Ethiopia would be a welcome piece of home - and hopefully push more Ethiopians to set up shop on the Danforth. Naser Kaid, 43, lived in Ethiopia until he was 20. He said he comes down to the area almost daily to meet friends and eat hearty, Ethiopian meals. He says if Little Ethiopia becomes a reality, he expects many people to invest in the area.

"In our community, people don't believe things until they see them," he said.

Asres Yirga Mekonnen, one of the newly elected board members and owner of Lalibela Ethiopian Restaurant, said having Ethiopians on the board will be good for the entire community, regardless of whether Little Ethiopia comes to pass.

Litsa Kostouros, the incoming chair of the Danforth Mosaic BIA, worked with Mr. Getachew throughout the fall to pick a new slate to meet the needs of the diversity of the street. When the incoming board takes office next month, she said the BIA will be committed to working with each cohort to market their shops and drive customers to the area.

"We will advocate on behalf of all our cohorts," Ms. Kostouros said. "Each mosaic member is not only part of the wider community, but may also be a citizen of smaller groups within the broader areas."

As one of those citizens, Mr. Getachew said he is optimistic that Little Ethiopia finally has a fighting chance.

"We all assumed we were at the end of the story, but I never gave up." 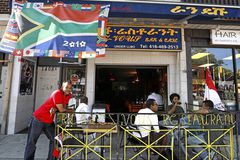 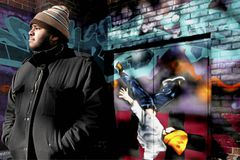 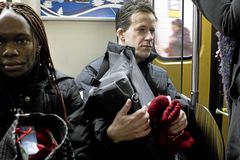 Online magazine makes a splash featuring homes of the not-so rich and famous
April 29, 2018
Toronto rehab: A good place to have bad things happen
April 28, 2018
Downing ducks helps toy firm play with the big kids
April 28, 2018
Follow us on Twitter @globetoronto Opens in a new window
Report an error Editorial code of conduct
Due to technical reasons, we have temporarily removed commenting from our articles. We hope to have this fixed soon. Thank you for your patience. If you are looking to give feedback on our new site, please send it along to feedback@globeandmail.com. If you want to write a letter to the editor, please forward to letters@globeandmail.com.
Comments