The revelations came in a torrent. In two hours, Toronto Mayor Rob Ford faced several new challenges to his grip on power: the release of details from a Toronto police drug probe that mentions his name hundreds of times, confirmation that police have a video that appears to show him smoking crack-cocaine and a powerful new critic in the form of his own police chief.

The last point was underscored at the end of a morning press conference. "As a citizen of Toronto I'm disappointed," Police Chief Bill Blair said. "I know this is a traumatic issue for the citizens of this city and for the reputation of this city – and that concerns me."

Normally spoiling for a political scrap, Mr. Ford seemed at a loss for any defence against this new adversary.

"I wish I could come out and defend myself," the mayor said outside his office. "Unfortunately I can't because it's before the courts. That's all I can say."

Hours before, the most startling of the new claims against the mayor came from an unsealed police application for search warrants, or Information to Obtain (ITO). The culmination of five months of surveillance using an airplane, "pole camera" and wiretaps, the document details hundreds of calls, dozens of liaisons and several suspicious transactions between the mayor and Alessandro (Sandro) Lisi, an accused drug dealer whose arrest in a sting concludes the police probe, dubbed Project Brazen II. None of the allegations have been tested in court.

But Chief Blair saved the shock of day for an 11:30 a.m. press conference: the infamous video showing Mr. Ford smoking what appears to be crack-cocaine is not only real, but police have a copy – and it could become public in the course of judicial proceedings.

Why such an overwhelming body of evidence against the mayor on a single day? A coincidence, according to a police spokesman. "There is no connection whatsoever," Mark Pugash said of the twin revelations. Police said they seized the video several months ago during a series of co-ordinated raids targeting the Dixon City Bloods, a violent Etobicoke street gang. In that operation, police said, officers confiscated dozens of phones, laptops and other electronic devices during a June 13 bust. But it was only this week, police said, that the computer-intelligence section discovered the footage among deleted files on a computer hard drive.

"The digital file that we have recovered depicts images which are consistent with those that have previously been reported in the press," Chief Blair said.

He also announced that Mr. Lisi would be facing a charge of extortion. The charge is related to his efforts to retrieve the video, according to one source familiar with the investigation.

Reports about the existence of a video showing Mr. Ford smoking what appeared to be crack-cocaine first emerged on the U.S. website Gawker.com and in the Toronto Star on May 16. The mayor called the allegations "ridiculous."

Police assigned their most experienced homicide investigator, Detective Sergeant Gary Giroux, to look into the video allegations, according to the ITO. Immediately following the Gawker story, logs of Mr. Lisi's calls outline a flurry of calls and text messages exchanged between him, the mayor, and individuals believed to be involved with the alleged video, according to the ITO. Within an hour of the report being published, Mr. Lisi made a phone call to Fabio Basso, whose home serves as the backdrop of the photograph that was circulated alongside the video, of Mayor Ford with Anthony Smith, a young man who was gunned down in March. The next day, he called Mr. Basso another six times. He also called Mohamed Siad, the man who police believe was trying to sell the video, three times. Later that day, Mr. Lisi and the mayor exchanged a number of phone calls.

Mr. Lisi and David Price, the mayor's director of operations and a long-time family friend, exchanged almost 31 calls or texts between mid-March and the end of June, police say, with the majority of those calls placed the day after the Gawker report was released. As of June, began interviewing key members of the mayor's office. In the documents, a number of his staffers say they had concerns about Mr. Lisi. One of the former staffers, Chris Fickel, told police he had heard that Mr. Lisi was providing the mayor with marijuana and "possibly cocaine." 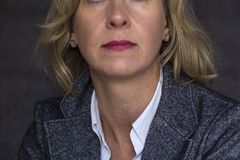 Follow Patrick White and Ann Hui on Twitter @Nut_Graf @annhui
Report an error Editorial code of conduct
Due to technical reasons, we have temporarily removed commenting from our articles. We hope to have this fixed soon. Thank you for your patience. If you are looking to give feedback on our new site, please send it along to feedback@globeandmail.com. If you want to write a letter to the editor, please forward to letters@globeandmail.com.
Comments are closed