The "Big Boxer Shorts," as it's known across China, has always been a magnet for mockery. Some people look at the rhomboid Beijing headquarters for state broadcaster CCTV and see a woman in a pornographic pose. Others see a resemblance to a person squatting over a pit toilet. The Rem Koolhaas and Ole Scheeren design has even drawn the anger of Chinese President Xi Jinping, who in October called out the glass-walled underpants as something he wanted to see no more of.

Now Beijing, home to buildings in the shape of mountains, eggs, a bird's nest and a phallus is working to formalize Mr. Xi's campaign against "weird architecture," one element of a broader effort to remake the country's artistic output into a simpler, more state-minded affair.

This week, vice-mayor Chen Gang said the capital is drafting rules to limit ostentatious construction, and seeks to govern the size, style, colour and materials of buildings in order to "improve their design level," according to a report in the Beijing Times.

China has been a creative playground where big budgets can bring big ideas to life, and the war on weird has sparked near-panic in some architectural circles. Numerous winners of the Pritzker Prize, often called the Nobel for architects, have created projects for the country, including Frank Gehry and Zaha Hadid.

The Beijing proposal seems less severe than what some initially feared would be an "extremely crude method that will just kill all innovation and design," said Neville Mars, a prominent Shanghai-based architect and planner. But even if the city merely seeks more sustainable ideas with greater historical resonance – and few oppose the idea of greener development – Mr. Mars said he does fear that word has gotten out and mayors across the country "are going to be scared to do anything interesting." The rise of horizon-defining foreign architectural works in China has been controversial. Author and television host Hung Huang recalled a local architect pointing out that the CCTV building has a higher earthquake rating than the Forbidden City. If a big tremor hits, the Big Boxer Shorts would endure while others crumbled, and "the only thing people will remember of Chinese civilization would be this building," she quoted the architect as saying.

Ms. Hung doesn't much like the idea of the state being beauty's judge. But she's also not opposed to Mr. Xi having a vision different from that of his predecessors, who wanted an Olympics splash with buildings that made China look like someone else's vision of the future.

"Personally, I like things that have a bit of local culture, rather than being completely oblivious to their environment," she said. "There's much of Chinese culture to be salvaged in this country, because we have seen so much destruction in the past 30 years."

But Mr. Xi's vision smacks of propaganda. Though his speeches have referenced hip-hop, Hollywood and Hemingway – inspired by the author, he once ordered a mojito in Cuba – he has embraced a very different vision for Chinese design, media and publishing.

He has told artists to include socialist values in their work and avoid the "vulgar" pursuit of commercial gain. Creative classes have been encouraged to return to the countryside for inspiration. Scriptwriters have been ordered to spend time with minority groups to create more masterpieces. Journalists have been urged to draw attention to the progress of the country and the real lives of its people. And buildings, of course, should not be weird.

"Fine art works should be like sunshine from blue sky and breeze in spring that will inspire minds, warm hearts, cultivate taste and clean up undesirable work styles," Mr. Xi said in October.

That a Chinese president would seek to influence artistic creativity is "very, very unusual" for a Chinese leader, but is further evidence Mr. Xi is seeking to become a modern Mao Zedong, with broad control of society, said Bo Zhiyue, a senior research fellow at the East Asian Institute of the National University of Singapore who has studied the Chinese political elite.

China today is "a country ruled by one person alone," Mr. Bo said.

And Mr. Xi seems intent to leave his mark, not just on China's politics, but on its culture, which he sees as a potent tool for global power. He has called artists "soul engineers" and implored them to use their might in service of their country. "Historically, Chinese people have been influential and important, not by indulging their army in aggressive wars, nor in land extension, but in the tremendous call of Chinese culture," Mr. Xi said. 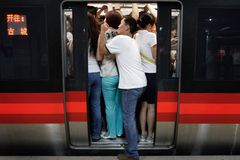 What we can learn from Hong Kong’s pro-democracy movement
November 26, 2014 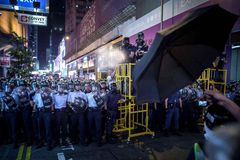 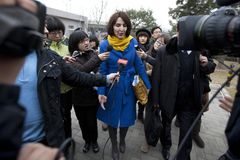