China's President has renewed calls for the "Sinicization" of religion, saying preachers and imams should bow to the power of the Communist Party while barring foreign influence from their places of worship.

"We must resolutely guard against overseas infiltrations via religious means and prevent ideological infringement by extremists," Xi Jinping said during a weekend conference on religious affairs, the first of its kind in nearly 15 years, which was attended by all but one member of the powerful Politburo Standing Committee.

The meeting marked a new effort to align the power of the Chinese state in managing religion, as its leadership worries about a rise in conservative Islam and the wildfire spread of Christianity, which by some estimates now counts more adherents than members of the Communist Party.

Religion is an important front in a vigorous Chinese campaign against foreign influence, which has most recently included draft rules to bar outside funding from NGOs and strict censorship of entertainment. Last week, a series of espionage warnings, posted in workplaces and on street corners, cast non-Chinese men as potentially dangerous intruders intent on stealing state secrets.

"They want to make sure that they have retained the reins of power," said Lauren Pfister, a professor of religion at Hong Kong Baptist University. China is "slowly tightening the grips" on religion, he said. "The question is how far will this go?"

Under Mr. Xi, authorities in some parts of the country have orchestrated large-scale efforts to knock down crosses from churches and, in some cases, razed churches themselves. Christian pastors have been arrested, as have the lawyers who defended them. Earlier this month, a woman was buried alive when she protested a government-ordered church demolition. Large numbers of human-rights defenders – many of them religious believers – have been detained.

Authorities have passed new rules in recent years governing dress for Muslims in the country's far western Xinjiang region, which have included banning the wearing of burkas and, at schools and government offices, beards and mustaches.

China has taken an assertive tone with Tibetan Buddhism, too, emphasizing that Beijing holds authority over the reincarnation of the Dalai Lama. In November, Zhu Weiqun, a top ethnic and religious-affairs leader, wrote that having political control over reincarnation constitutes "an important manifestation of the Chinese central government's sovereignty over Tibet."

Still, the weekend religious meetings suggest the anger provoked by religious tightening has kept authorities from a more broad-based campaign. Chinese Christian leaders had feared the cross-removal "experiment" would be extended countrywide from Zhejiang province, where it originated.

"If this was affirmed, it would be a much worse situation for some religions. But apparently, that didn't happen," said Yang Fenggang, founding director of the Center on Religion and Chinese Society at Purdue University.

Leaders from numerous state-run religious organizations, including the bishop of Wenzhou, and provincial branches of the Chinese Patriotic Catholic Organization and the Protestant China Christian Council have all gone public with criticism of growing religious restrictions, in what some observers have called an unprecedented backlash.

"They know there are increased levels of discontent with this tightening of control," Prof. Yang said.

That China would bring such a large contingent of its senior leadership to discuss religion suggests a high degree of concern.

"People inside the party have really warned about the party losing control – with too many party members becoming churchgoers or mosque-goers, and concern this could open up fissures," said James Leibold, a specialist in Chinese ethnic politics at La Trobe University in Melbourne.

Most of his comments reported by state press, however, were less abrasive, falling in line with the last Chinese national religious-affairs conference in December of 2001, when the spectre of the Sept. 11 attacks loomed large, and president Jiang Zemin pledged that "religion must never be allowed when it opposes the direction of the party or the socialist system, or destroys national reunification or ethnic unity." Mr. Xi this weekend and he called on religious groups to become agents of the so-called Chinese dream by aligning their beliefs with "socialist core values" and interpreting "religious doctrines in a way that is conducive to modern China's progress."

He may not have much choice, since many party members, including some in senior positions, have taken up Christianity or Buddhism.

"We need you. Come join us," seems to be part of the pitch, said Fredrik Fallman, a Swedish researcher who has written extensively on Christianity in China. "They really need the religious people not being passive or against them, but with the party to build a real harmonious society."

After being gutted under Mao during the Cultural Revolution, religion has already become the foundation for personal ideology to many in China, said Li Fan, founder of the World and China Institute, a think tank. "People no longer believe in Communism," he said.

But, he said, the comments about outside influence likely set the stage for further attempts to root out foreign intervention.

Communist leadership nonetheless sees value in religion as an avenue for social control, a "spirit opium" for a nation riven by contradictions, said Zhang Lifan, a historian and party critic.

"Religion can't be compatible with atheist Marxist ideology. Now the so-called bridge between religion and socialism is nothing but an effort to use religion to paralyze the ordinary people," he said. "They are trying to change religion from a threat against the Communist Party into a tool for its use."

China may have to bite TPP bullet and open up to the world Subscriber content
May 16, 2018 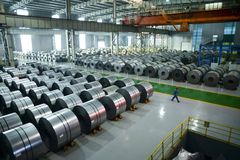 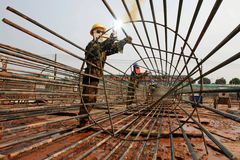