Aung San Suu Kyi strode out of her lakeside Rangoon mansion into a sunny Thursday morning, her hair adorned with the flowers that are her trademark, a bunch of orange and yellow blossoms.

As an icon, the Nobel laureate in the lavender cardigan could not be more different from the generals-in-suits who now run Myanmar.

But as the leader of a political party offering the first press conference in a two-month election campaign, it was less clear what distinguishes her from the military-backed establishment she hopes to unseat in a historic vote that will take place Sunday.

Each wants power. Neither will say much about what they will do if they get it, including the woman who has become a global hero for her pursuit of democratic reform in a country seeking to shake off decades of ruthless military rule.

The first priority is to win, "and then we can go on to making our people know what our policies are," Ms. Suu Kyi said. She added: "I don't think that vows are something that you do on political platforms simply to win elections."

Just days before polls open for Myanmar's 32-million eligible voters, her party's fighting peacock flag has been lifted by a mantra of change. But she would not say what that might look like, to avoid giving opponents time "to start making counter plans" against her national reconciliation strategy.

Twenty-five years ago, Ms. Suu Kyi's National League for Democracy won 82 per cent of the country's seats in an election subsequently annulled by the ruling military regime. After she took 43 of 44 seats in 2012 by-elections, the Economist dubbed her "The Lady of all landslides." And the woman adoring Myanmarese call "Mother Suu" has been confident she can do it again, calling victory a "when" rather than an "if."

Constitutionally barred from the presidency, Ms. Suu Kyi declared that if she is victorious, whoever holds that office will answer to her – "I will run the government" – and argued for the legality of such a super-leader position. "The constitution says nothing about somebody being above the president."

The gate to her lakeside residence, the place she long suffered under house arrest for daring to demand democracy, is adorned with an image of Aung San, her father, and a quote from the man considered the liberator of his nation: "Act boldly for the people and the land."

But as she nears a vote that could give her the political crown snatched away 25 years ago, Ms. Suu Kyi's unapologetic quest for victory is stirring unease.

"She seems to be in some ways adhering to a political culture which she has long been critical of. That's the polite way of saying that she's adopting a lot of the same military tendencies," said David Scott Mathieson, senior Myanmar researcher for Human Rights Watch.

"She talks the language of democratic inclusion and national reconciliation, and yet there's a tone of, 'what I say goes' that runs through almost everything she says. That should give people pause about how inclusive and consultative she could be."

Yet for many in Myanmar, such worries pale next to the possibility Ms. Suu Kyi, a woman unbent by years of house arrest, stands poised to take a much larger role in the country's legislature, potentially turning the corner on a military rule that began in 1962.

"Maybe she is hungry for power. But I think she wants to change the system," said Kyaw Zwa Moe, English editor of The Irrawaddy, a pioneering Burmese news publisher. "She really needs power, of course to be able to form the government, so that her government can change the country."

Ms. Suu Kyi has set a high bar for the election. She sneered at the possibility of a clean win by the ruling military-backed Union Solidarity and Development Party, and pointed to the election problems that have already surfaced. Rules have been broken during the campaign and advanced polling, she alleged, in comments that could presage an electoral challenge if she is dissatisfied with her ballot performance.

"Already the election process is proving to be less than totally free and fair," she said, pointing to what she called "intimidation and the fraudulent actions that are going on at the moment."

Her fears over political mistreatment did not much extend to the Rohingya, the country's Muslim minority whose government persecution was recently equated to genocide by Yale researchers. "It's very important that we should not exaggerate the problems in this country," said Ms. Suu Kyi, who added that human rights should apply to all.

Myanmar is nearly 90 per cent Buddhist, and most Rohingya are barred from voting this election.

For Ms. Suu Kyi, much rides on a dramatic victory. Constitutional change requires a 51-per-cent vote in the legislature, where a quarter of seats are permanently occupied by the military. To change that constitution – the document that keeps her from the presidency and keeps uniforms in parliament – she must win more than two-thirds of available seats.

A landslide would also be useful in uprooting the generals. "If we win enough of a majority, it will show that we have public opinion behind us, and that will be the beginning of the process towards amending this constitution," she said. 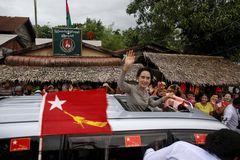 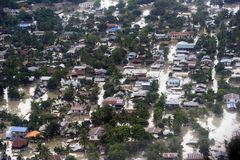 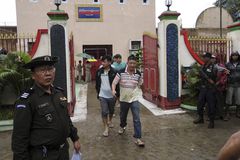