Robert Falconer and Ai-Men Lau
Contributed to The Globe and Mail
Published June 18, 2020 Updated June 18, 2020
Comments
Please log in to listen to this story. Also available in French and Mandarin. Log In Create Free Account

Robert Falconer is a research associate in immigration and refugee policy at the School of Public Policy at the University of Calgary. Ai-Men Lau is a communications officer at the Macdonald-Laurier Institute.

Canada is limited in the ways it can respond to the bully tactics of larger countries such as the People’s Republic of China. Yet as it confronts China’s heavy-handed attempt to quash the autonomy it had promised Hong Kong, Ottawa is not without levers of influence. One policy tool that Canada should immediately deploy is our immigration, refugee and asylum system.

As governments worldwide closed their countries’ borders, and as the United Nations suspended its refugee program, a more subtle trend emerged: an uptick in the number of Hong Kongers claiming asylum. According to the Immigration and Refugee Board of Canada, 25 Hong Kongers have claimed asylum in the first three months of 2020; unofficial sources suggest the number may be as high as 46. While that’s still a relatively small number, it represents a six-year high for Canada in just three months. Regardless of the choices Canada makes, we are likely to see record-high levels of people from Hong Kong fleeing here to seek refuge when international travel fully resumes.

Our asylum system is particularly well-suited to receiving claims from Hong Kong. It includes the ability to streamline cases from countries with well-established human-rights abuses, where asylum seekers have reliable forms of identification, and where the evidence is not ambiguous regarding the risks they face for holding an adverse political opinion or for opposing the current government.

Choosing to welcome those seeking asylum is not only the right thing to do but has practical benefits as well. It might seem odd to make a utilitarian argument in favour of asylum, and indeed, if all policy-makers and politicians were angels, such a justification would not be necessary. But there is a compelling case to be made for a renewed Canadian foreign policy that considers the role immigration and refugee status plays in our national security and response to foreign competitors. As the People’s Republic seeks to impose its will on Hong Kong, an open refugee policy is one that permits Hong Kongers to vote with their feet between an oppressive China or an open Canada.

The decision to welcome Hong Kongers as part of a robust foreign policy is not without precedent. Conservative governments in the 1970s and ’80s understood that an open-door policy was one that would attract those with the greatest levels of dissatisfaction in the Soviet bloc. The arrival of refugees and immigrants during that time strengthened our economies and added linguistic diversity and cultural understanding to our law enforcement, military and intelligence communities.

The same applies to Hong Kongers and mainland Chinese fleeing oppression. Indeed, combatting the possibility of intellectual-property theft and industrial espionage is far more likely to be aided, rather than hampered, by recruiting from a population that shares similar cultural and linguistic characteristics and understands the methods of potential competitors. Above all, welcoming Hong Kongers aligns with Canadian democratic traditions – standing against tyranny and welcoming the oppressed.

Granting asylum to Hong Kongers fleeing persecution from Beijing should not be a difficult task for this government, either. While the Trudeau government has shifted its tone regarding Canada’s relationship with China, it has faltered when asked whether Canada will accept refugee claimants from Hong Kong. In contrast, British Prime Minister Boris Johnson has announced that Britain will allow 2.8 million Hong Kongers to live and work in Britain if China implements its national-security law on the former British colony. In response, the Chinese Communist Party regime has threatened Britain with vague consequences if it continues to meddle in an “internal affair.”

Granting asylum to Hong Kongers will force the federal government to recognize the well-established truth that China is a hostile actor, and doing so will signal to both the international community and China that Canada acknowledges that hard truth. Dealing with China is not a risk- or cost-free interaction. There are no other options, aside from total silence, that will not draw retaliation from Beijing, and it should be expected if Canada decides to grant asylum to claimants from Hong Kong. But the government needs to accept this reality, recognize the risks and rethink how to move forward. Granting asylum to Hong Kongers seeking to flee persecution is not only the right thing to do – it is the Canadian thing to do.

For a government that prides itself on the principles of championing human rights, our inaction on Hong Kong remains a persistent dark stain.

Opinion
In the Philippines, free speech is being smothered
June 15, 2020 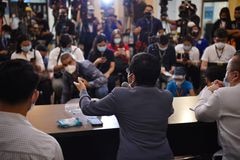 Opinion
We must listen to Black Lives Matter in the way we listened to the Arab Spring, Hong Kong and protesters in Russia
June 5, 2020 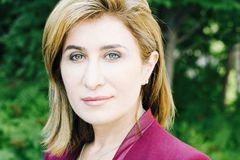