One year ago, Canadians were feeling pretty good about the state of the federation. Governments were pro-actively fighting the pandemic, and stimulus was being pumped into the economy. We weren’t thriving, but there was a sense we were coping – at the very least.

The pandemic was an opportunity for provincial leaders, many of whom were rewarded with renewed or even stronger mandates.

But the tide has turned. What was once a political windfall may now be a pitfall, as Canadians increasingly feel the grind of a pandemic that seems to just not want to go away.

Since 2007, Nanos has been conducting the annual Mood of Canada tracking survey, which measures key dimensions on the state of the country. The latest instalment, conducted during the emergence of the Omicron variant, shows an overall souring of the national mood on several fronts. 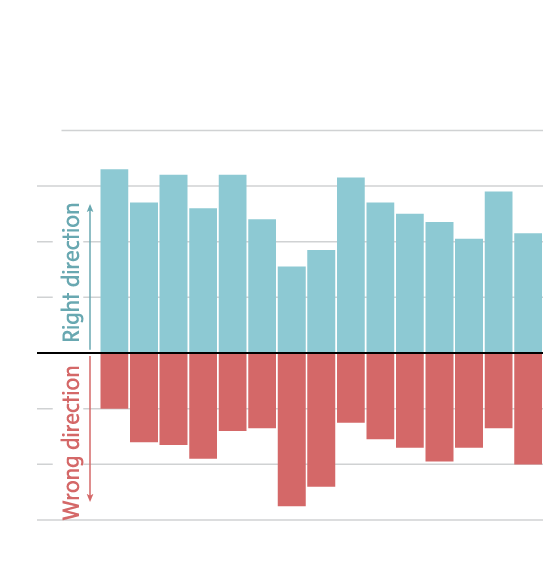 Would you say that Canada as a country is

moving in the right direction or 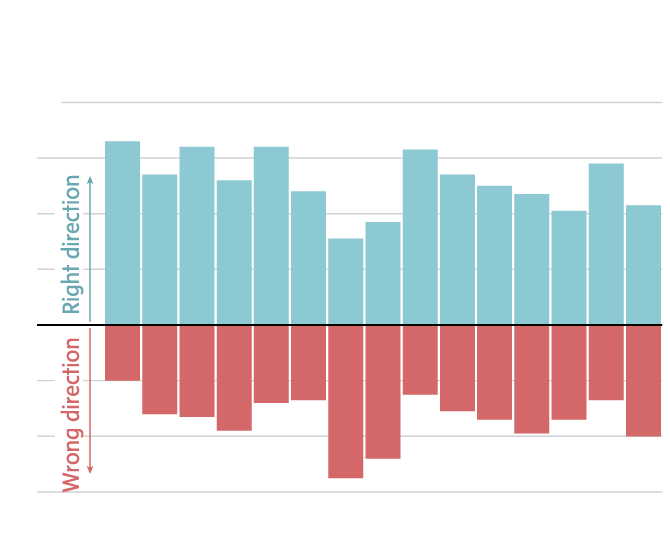 Would you say that Canada as a country is moving

in the right direction or the wrong direction?

Would you say that Canada as a country is moving in the right direction or the wrong direction?

The proportion of Canadians who think the country is moving in the wrong direction has jumped from 27 per cent to 40 per cent in the past 12 months.

But what may be most significant is the generational divide. Younger Canadians are much more likely to believe Canada is moving in the wrong direction (48 per cent) than older Canadians.

Should we be surprised?

Young Canadians are the least likely to have confidence in their pay keeping up with the rising cost of living. According to a survey for The Globe and Mail by Nanos, three-quarters of individuals under 35 lack that confidence (10 points higher than the national average).

with mood before the pandemic

with mood before the pandemic

Outlook on personal finances now compared with mood before the pandemic

Last year, when asked about the performance of the federal government, Canadians were much more likely to score Ottawa positively – very good (17 per cent) or somewhat good (30 per cent).

In the past 12 months, this positive score has dropped from 47 per cent to 33 per cent. And younger people are more likely to give a thumbs down to Justin Trudeau’s Liberals (49 per cent) than their parents are (40 per cent).

Canadians are already feeling increasingly negative about the relationship between the federal and provincial governments in the context of the pandemic response.

The views of Canadians on the state of our international reputation do not fare much better.

We begin 2022 with a public opinion environment that is more sour than it was in the middle of the first pandemic wave.

A look at the words people would use to best describe how they feel about the federal government suggests a continuing negative undertone. Twenty-nine per cent would use the word “pessimism,” followed by “anger” (21 per cent), “satisfaction” (20 per cent), “optimism” (14 per cent) and “indifference” (12 per cent).

Views on the strength of the economy, as measured by the Bloomberg Nanos Canadian Confidence Index, provide little solace: 46 per cent of Canadians think the economy will be weaker in the next six months, compared with 19 per cent who believe it will get stronger. 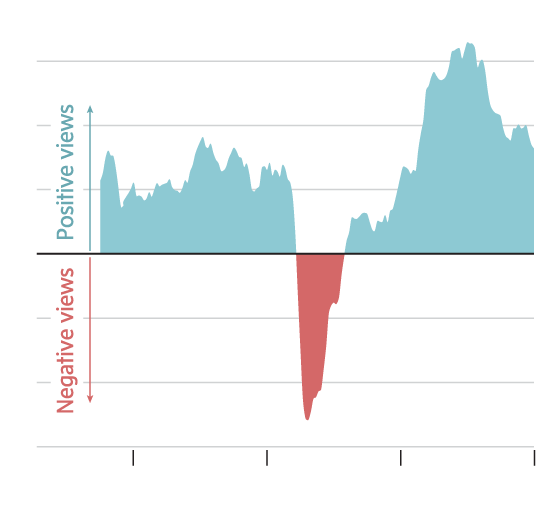 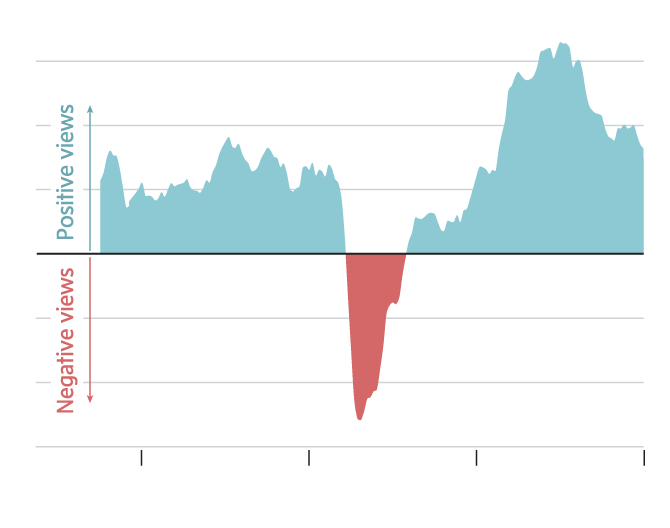 The first step to finding a solution is to recognize that there is a problem.

Right now, with COVID-19 cases on the upswing and economies being locked down, Canada needs political leaders of all stripes to propose long-term solutions for both public health and economic resilience. Booster shots and the government’s Canada Worker Lockdown Benefit are very important yet short-term measures.

The path forward needs to rise above the endemic partisanship in our political culture. Elected officials should be aware of the pessimism of younger Canadians and how the combined forces of the pandemic and inflation are cancelling their hopes and dreams.

Notes on the data

The data cited in this article was collected by Nanos for a diversity of clients using probability sampling. For the detailed methodologies for the studies, visit www.nanos.co or the links within the article to the survey reports. All surveys were conducted in accordance with the Standards of the Canadian Research and Insights Council, of which Nanos is a member.

Canadians recognize racism is a problem, both online and off

2021’s federal election was a wake-up call for Canada’s leaders – but awakening to what?