There’s a new kind of drug runner in town – American mothers of children with Type 1 diabetes who cross into Canada in minivans to buy life-saving insulin at a fraction of the cost they would pay at home.

In The Washington Post, reporter Emily Rauhala tells the surreal tale of a caravan of Minnesota moms who travelled to Fort Frances, Ont., where they purchased $1,200 worth of insulin at a local pharmacy, a stash that would have cost them $12,000 in the United States. (Humalog, a popular product, sells for $34 in Ontario, without a prescription. In the U.S., the same vial costs as much as $300.)

The journey was loaded with symbolism, recalling the caravan of migrants headed to the U.S. from Latin America, which was turned back, in part, because President Donald Trump said it was harbouring drug smugglers.

But the insulin moms primarily want to draw attention to the perversity of U.S. drug prices, the absurdity of patent laws and the failings of the insurance system.

Insulin was discovered almost a century ago by researchers affiliated with the University of Toronto. It was one of the great medical discoveries of all time, a drug that has saved millions of lives. The pioneering scientists involved wanted patients with diabetes to receive insulin at little or no cost, so they sold their patent for $1 to the university.

In a rational world, insulin, a drug that is as essential to survival as water for some, would cost next to nothing.

Yet, in the wealthiest country in the world, patients with Type 1 diabetes ration insulin, and even die, because it is unaffordable.

Insulin was first derived from animal sources such as dogs and pigs. Then came synthetic “human insulin,” recombinant products and bioengineered insulin analogues. Once injected with needles and syringes, insulin is now delivered with pens and pumps, based on careful monitoring of blood sugars.

Each of these iterations has improved safety, efficacy, tolerability and convenience. They have also allowed manufacturers to secure new patents on the processes and products – and increase prices. And increase them they have.

Meanwhile, the number of people with diabetes who need insulin is soaring – to about 7.5 million in the United States, including 1.5 million with Type 1 diabetes.

Cracks in the system: Without a national pharmacare strategy, who is left behind?

Insulin is a naturally occurring hormone that allows the body to use sugars in food as fuel. In people with Type 1 diabetes, the immune system mistakenly attacks insulin-producing cells, so patients need to inject insulin to stay alive. In Type 2 diabetes, cells become increasingly resistant to insulin, which causes the pancreas to make more and more of it. Eventually, the pancreas can’t keep up with demand, and insulin injections are needed.

The reason insulin is cheaper in Canada than in the United States is because Canada regulates drug prices. And Canadians don’t die for lack of insulin because our drug-insurance system is a little less ridiculous than the one south of the border.

The solution to the problem is not for Americans to do drug runs to Canada, or for the U.S. to start importing drugs from Canada, as some federal and state legislators are proposing.

The only viable solution is for the U.S. to legislate a cap on drug prices and to provide decent prescription-drug coverage to those who can’t otherwise afford their care, as every other Western country does.

The insulin moms know this, and, to their credit, that is their goal.

In the meantime, we should welcome the caravans with open arms – unless the sales become so great that Canadian access is jeopardized.

We also have to be careful not to be too prideful about our lower insulin prices. The continuing debate about pharmacare in Canada is a reminder that while our prices are lower than those in the U.S., they are still significantly higher than in other developed countries.

Access to essential medicines such as insulin is also less than ideal: It depends on where you live, your age and your coverage; we do an especially poor job of covering ancillary products such as test strips and insulin pumps.

We do better over all, but some patients with diabetes in Canada pay as much as $15,000 a year out of pocket, and they have nowhere to run. 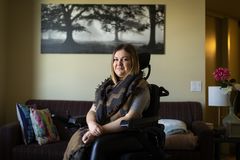 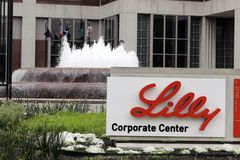