Seen one way, Don Cherry and Colin Kaepernick lost their jobs in similar fashion, after widespread objections to their bringing politics into their respective games. Seen more clearly, the situations are completely different, as Mr. Cherry used his Hockey Night in Canada platform to broadcast a prejudiced diatribe unsupported by facts, while Mr. Kaepernick silently took a knee in NFL stadiums to protest documented examples of police killings of unarmed civilians.

Both men were in the news this week, with Mr. Cherry being fired from Coach’s Corner on Monday after he refused to apologize for a rambling accusation that “you people that come here” don’t respect veterans and soldiers. Mr. Kaepernick’s story has a new twist – on Tuesday, the NFL announced it was playing host to a workout this weekend where coaches and owners could assess how game-ready the quarterback is after three years off the professional field.

These are just two recent examples of professional sports being used as a lens through which to view current affairs. Which is hardly a surprise, as sports have always reflected and refracted the day’s politics; African-American sprinter Jesse Owens’s 1936 Olympic success in a rising Nazi Germany is just one way-back example. What’s silly, but also unsurprising, are futile calls to keep athletics and politics separate. That’s impossible and not desirable, either.

Other relevant stories from the past week include a Woman of the Year award won by U.S. soccer midfielder Megan Rapinoe. In her speech at the ceremony, put on by Glamour magazine, she said that Mr. Kaepernick is still “effectively banned from the NFL” for protesting “known and systematic racial injustice.”

Ms. Rapinoe also referenced a continuing gender discrimination suit against U.S. Soccer. The same day, she was quoted elsewhere criticizing a revamped pay structure that would benefit female soccer players – but only new signees, not those already on the national team.

Unbelievably, not one of these four stories was covered by the smart, snarky U.S. sports website Deadspin. That is, the formerly smart website Deadspin, which was full of killer sports reporting, alongside great pieces about politics, parenting, culture and ephemera. That all changed in October, when the site’s new-ish owners, G/O Media, advised the editorial staff that their new mandate was to “stick to sports.”

In response, acting editor-in-chief Barry Petchesky filled the homepage with non-sports stories and was fired. The entire editorial team then resigned. The hollowed-out site that remains is now missing both fun commentary and real journalism – in 2014, Deadspin was one of the first outlets to obtain audio of then-L.A. Clippers owner Donald Sterling making overtly racist comments that eventually got him ousted from the NBA.

“Do I make the game, or do they make the game?" Mr. Sterling said about players on that tape, as quoted by Mr. Petchesky in a New York Times op-ed from Monday. Pointing out that not sticking to sports had made the site quite successful, the former editor furiously rebutted the idea that athletics exists separately from the wider world, saying that “Deadspin’s position was that it’s all in the game.”

Since its 2004 founding, “Deadspin’s approach was a reaction to the predominant strain of sports writing at the time, which treated athletes as either Greek demigods unconcerned with the dealings of the world or spoiled millionaires playing children’s games,” Mr. Petchesky wrote.

That’s a brave approach considering the power those demigods can wield – British journalist David Walsh endured years of public insults from Lance Armstrong before the cyclist’s doping scandal finally broke wide. Following his work, genuine journalism focused on sports has led to an overdue airing of dirty secrets, from the effects of rampant concussions, to attempts to hide domestic violence, to multiple coverups of the sexual abuse of minors. That’s a good thing.

Sure, it’s a downer that such revelations encroach on the thrill of watching elite athletes in action, but ignoring concussions, unequal pay and the rest of it was a pretty distasteful way to be entertained. Sports are part of real life and denying that has never made problems go away. 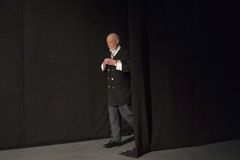 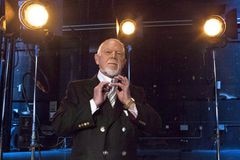