With the retirement of Supreme Court Justice Anthony Kennedy, the American silly season is now upon us. There will be much talk about picking the best judge and avoiding the temptation of making an ideological appointment. As we all know, deep down, this is all so much nonsense.

President Donald Trump will pick a judge who as closely as possible will line up with his own ideological leanings. That judge will be presented as eminent and reasonable, someone who understands the true responsibilities of a judge in a constitutional democracy – apply the Constitution, don’t recreate.

But, for all the criticism that will be heaped upon him, Mr. Trump will be doing much the same as his predecessors. They chose nominees who held views that were, at a minimum, not against their own views. Unsurprisingly, Mr. Trump will simply be more crass in his choices and his justifications.

Most appointees are well over any institutional threshold of competence, experience and capacity. The difference between, say, Mr. Trump’s Neil Gorsuch and Barack Obama’s Merrick Garland is not professional merit, but constitutional ideology. Each lined up with the appointing president’s sense of the Constitution, but Mr. Trump and Mr. Obama had different politics.

Many commentators will contend that professional merit alone, not ideology, should be the bellwether of judicial appointments: Contested politics should be eschewed and the neutral qualities of integrity and judgment should be prioritized. For them, the good judge is not vulnerable to the forces of political alignment or orthodoxy.

But as appealing as this vision might be, it is almost impossible to maintain. It demands a suspension of belief over what actually goes on in the Supreme Court. Politics is the name of the game. Whether it is left, right or middle-of-the-road, it inescapably involves value choices and commitments. The Rule of Law is the Rule of Five. The 5-4 decisions of the past week on travel bans and union dues is recent evidence of that.

Indeed, the history of the U.S. Supreme Court reveals that legal trends and winning arguments shift and change with the times and certainly with the court’s personnel. There is very little about the law’s substance and stylings that can be usefully separated from the preferred styles and renderings of the individual judges that constitute the Supreme Court at any particular time.

The preferred contemporary defence of the court is that judges operate under certain restraints – legal precedents, constitutional conventions, judicial traditions and the like. But these very restraints are neither fixed, neutral nor objective. While judges claim to work within independently existing sets of principles and standards, they themselves have created, changed and relied upon those very same standards.

A more realistic, if unpalatable view is that, provided judges act in good faith and offer reasoned arguments, they can do almost whatever they wish. Constitutional law is so capacious and amorphous that almost anything short of outright manipulation or lying is acceptable. After all, if the decisions of Justices Antonin Scalia and Clarence Thomas as well as Justices Thurgood Marshall and Ruth Bader Ginsburg are each and all considered legitimate (even if contested), then the judicial game is wide open.

However, it would be wrong-headed to think that it is all law or all politics and that judges are ideologues-at-large; it is an often bewildering combination of both. That said, the court is neither a holy shrine of law nor an elaborate charade of politics; it is a group of nine people doing what they think is best – no more and no less. To deny politics is a major part of that is almost delusional.

I am not suggesting that Donald Trump’s choice will be a good one and deserving of support. But let’s at least be honest. No matter how the criticism is packaged, the appointments battle will be about the nominee’s politics. It is well past time to accept that the Supreme Court is a political institution and deal with it accordingly.

And, of course, almost all of this applies to Canada. While we are less agitated and extreme in our judicial choices and styles, the same dynamic is at play. Judges are political and no less so when they are middle-of-the-road in their politics.

Tipping the balance of the U.S. Supreme Court has long been a right-wing dream
June 28, 2018 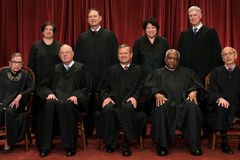 Analysis
Trump’s dream of a conservative Supreme Court is now within reach. Can the Democrats stop him?
Subscriber content
June 28, 2018 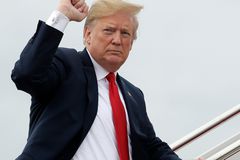 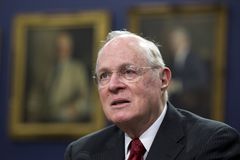