It will likely be a couple of weeks before we know whether staging the just-concluded Calgary Stampede was an irresponsible health care gamble that caused a deadly spike in COVID-19 cases or a brilliant move that gave a province starved for something to cheer about something to finally cheer about.

It will be longer, however, before we know whether the Stampede sparked the “Alberta Renaissance” that Premier Jason Kenney is predicting.

And oh, how Mr. Kenney is praying for that.

Depending on who you talk to, Mr. Kenney could either get his wish or be a premier who ends up incessantly talking about a bold, long-lasting economic recovery that never arrives. At the very least, high oil prices have put people in a good mood, even if the rebound doesn’t do much beyond enrich energy companies and help fill the provincial government’s royalty coffers.

There is little question the government could use the cash.

The Conference Board of Canada is among several institutions predicting Alberta will lead the country in economic growth this year and next. This is good. But as University of Calgary economist Trevor Tombe told me over coffee, high forecasted growth rates don’t necessarily mean things will get a whole lot better.

“You have to keep in mind that we’re coming from a much, much lower base than other provinces,” said Mr. Tombe.

In other words, the Board’s forecasted growth rate of 7.2 per cent this year, and 5.6 per cent next year, might mean returning the economy to its pre-pandemic footing – which wasn’t all that great to begin with. In March of this year, for example, the number of jobs in Alberta was seven per cent below its pre-COVID level – the worst of any province in the country.

But let’s try and look on the bright side. The largest sources of job losses are just now beginning to recover. That would be hotels, restaurants, entertainment and recreational activities. Once they are fully functioning, the bigger challenge may be finding workers to fill all the available positions.

Still, there are obstacles facing Alberta, and especially Calgary.

Liberals look to regain ground in Alberta with high-profile candidates. Will it be enough?

The oil recession helped empty out the city’s downtown oil and gas towers, leaving some with 30 to 40 per cent vacancy rates. Energy companies have become more efficient (see do the same amount of work with fewer workers) and even with higher prices they aren’t adding to payrolls. So the city is looking for ways to convert some of that vacant commercial space to residential, hopefully attracting young people who will inspire a downtown renaissance.

Deborah Yedlin, the former financial journalist who was recently named president and CEO of the Calgary Chamber of Commerce, told me that there was a demographic that came to the city from other provinces in the early 1980s with the intention of sticking around for a few years and then returning home.

Except they didn’t return. They stayed.

“They came because this is where the opportunity was,” Ms. Yedlin told me during an interview in her office. “They ended up staying and created an enormous amount of wealth. Calgary’s success is largely owed to that cohort and what we need is the next 1982 demographic.”

Yes, at the very least the city (and province) needs to reverse the interprovincial population drain it’s been suffering. The most recent quarter was the fourth consecutive in which more people left Alberta than arrived. That’s quite shocking for a province that has led population growth in Canada for years, especially among young people.

Yet Ms. Yedlin remains optimistic. She thinks Alberta could become a huge player in the green energy sector. “Green tech, clean tech, climate tech,” she said. Where once the dominant topic in Calgary’s business community was oil and gas – full stop – now people are talking accelerators, start-ups and incubators.

The city is one of the most tax-friendly jurisdictions in North America. Real estate is cheap relative to places like Toronto and Vancouver. There is a highly educated workforce that underpins the economy. There is a great research university to access. There could well be a new Alberta Advantage taking shape.

That might go for the entire province as well. 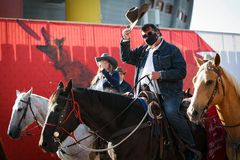 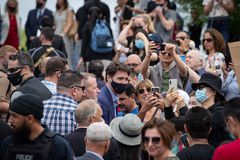 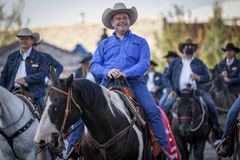