Timothy Brook is professor of Chinese history at the University of British Columbia. His book Great State: China and the World will be published in March.

On Aug. 17, 1348, the Bishop of Bath and Wells wrote to his archdeacons to warn them that an epidemic was on its way. Unless everyone prayed to God to send healthy air, the plague would destroy the English as it was laying low the French. He called it the pestilence from the East. Others were more specific. One English observer asserted it came from Turkey. Another pinpointed India as the origin of the epidemic. Closer to events, historians in Aleppo and Cairo did better, declaring that it came from the realm of the Mongols. Whether you were in Cairo or Bath changed where you pointed, but it almost didn’t matter. Something this terrible had to have come from the east.

As the West’s horizon in Asia expanded beyond the Mongols to the Chinese, China became ground zero for epidemics. When the Third Plague Pandemic shipped out of Hong Kong in 1894 to infect much of the world, China was where everyone expected such disasters to arise. China wasn’t blamed for the Spanish flu of 1918-19, although according to Mark Humphries at Memorial University, new research may suggest that Chinese labourers working behind the lines in the First World War may have carried it to Europe. Outbreaks of the past quarter-century seem only to confirm China’s reputation for epidemics. The H5N1 strain of avian flu spread out of China in 1997, again via Hong Kong, killing more than half of those it infected. Five years later came SARS (severe acute respiratory syndrome). Less lethal that H5N1, SARS managed to kill 1 in 10, producing a toll of 774 deaths. The current coronavirus appears to be less lethal than SARS, though the fact that we crossed the upper limit of SARS mortality a week ago, with the number still rising, is cause for concern.

Why has China been blamed as the wellspring of global pandemics? Is it just an orientalist bad habit, a holdover from a time when we feared what was farthest away, and farthest away was China? In part yes, but not completely. Certain conditions in China can tilt that environment toward an outbreak of something we can’t withstand.

Before the arrival of Western medicine, Chinese doctors concerned about public health sensed that these conditions existed and tried to remediate them. Viewing the world as a unified cosmos of heaven, earth and human, they believed that rupturing a barrier in one part produced a disturbance in another. Wu Xuanchong, author of Collected Reports on Rat Epidemic, a plague textbook written in 1891, imagined the disease as a warm vapour that rose from the earth, entering the body through the mouth and nose. To protect people, Wu writes, we need to strengthen the barrier between them and the earth. He rattles off a list of suggestions: sweep the house and yard, don’t sleep on the ground, wear shoes, seal your floors with tiles, make sure living areas are well ventilated. These sanitation measures were sensible advice for a disease we now know is transmitted in its first stage by an infected rodent flea biting a human host. It amounted to keeping the rats out, which meant no fleas.

Chinese called this disease “rat epidemic” because they observed rats dying in large numbers before humans succumbed. Because rats lived in the earth, closer to the source of the disease, Wu urged a second barrier: between humans and animals. Do everything to avoid contact with infected rats, he writes. If you find a dead one, don’t touch it. Collect and bury the dead rats, but be sure to cover your nose and turn your face away so that you don’t breathe in their poisonous vapour. Again, excellent advice. Wu knew nothing of Louis Pasteur’s discovery of disease bacteria. Fortunately for us all, Pasteur’s Swiss research student, Alexandre Yersin, was called to Hong Kong in 1894 to investigate the disease even as Wu was implementing his preventative measures. Using the cutting-edge technology of the microscope, Yersin isolated plague bacteria in a hut in Hong Kong. (We call it Yersinia pestis in his honour.) Breathe these bacteria into your lungs and they pass into your bloodstream, and you have the plague, just as Wu understood.

Viruses attack us differently than bacteria do, but the same caution about maintaining the barrier between us and wild animals still holds. It is not unfair to note that in China that barrier is often breached. Chinese medicine supports the notion that the meat and horns of wild animals have therapeutic qualities. This can become an invitation to ingest the body parts of wild animals to increase your vitality. Let your imagination run wild with snakes and deer penises, and you will get the point. But handling and eating wild animals lowers the barrier between their gene pools and ours. We have always lived apart, which means animals are carrying parasites for which humans are genetically unprepared. A rodent can co-exist with the plague, but eat tainted rodent meat and its parasites may make you their new host. So, too, can bats live with strains of the SARS virus; we can’t.

SARS and the plague are diseases that humans can get, but they aren’t human diseases. Neither wants to infect us, because if they do, chances are good that we will die and that will be their suicide. Left to their own devices, these parasites prefer to stay in their natural habitats, but sometimes environmental stress forces them to find a new host, not necessarily one that can tolerate their presence. The most recent new strain of coronavirus, 2019-nCoV, which the World Health Organization renamed COVID-19 on Tuesday, is a distant cousin of SARS. Genetically its closest relations are other bat viruses. This virus is not searching for humans to infect and destroy. It will invade you if you happen to be in reach, but it would much rather stay with the bats. Yet something has dislodged it, causing it to skip across the animal/human barrier, probably through the agency of another mammal that has accidentally picked it up. In the case of SARS, civets served up in a restaurant in Canton connected us to bats. COVID-19 has been traced to a fish market in Wuhan that does a business in wild animals on the side. Some poor creature sold there, dead or alive and still unidentified, though possibly a scaly anteater called a pangolin, performed the interspecies transfer, and now people are dying.

Foreign observers have shown admirable restraint in not pointing fingers at China for the coronavirus outbreak. Clearly the Chinese government learned something from its botched handling of SARS 17 years ago, or so we like to think. Chinese are taking a different view. With the death of Li Wenliang, the ophthalmologist detained for leaking news of the outbreak who succumbed to the infection earlier this month, public anger over the government’s attempt to hush up the virus and punish whistle-blowers has become incandescent. The situation was already unravelling four days before Dr. Li’s death when President Xi Jinping declared a people’s war against the coronavirus. Many cringed at the whiff of class struggle and Maoist dictatorship that such language was intended to give off. Dr. Li’s fate has excited the biggest call for freedom of speech since the Tiananmen Square massacre, and internet censors are working overtime to erase every whisper that anyone feels this way.

Blaming China for its epidemics may be an old Western prejudice, but many Chinese are more than ready to blame the Communist Party for suppressing public health information and closing ranks against the people. You can’t really blame anyone for COVID-19, but you can ask whether there isn’t a better way to manage the situation that led to the crisis. Some, like the Bishop of Bath, look to the East. Some blame our lust to plunder the wild. Some look no further than Beijing.

Opinion
The line between us: For Chinese-Canadians like me, coronavirus is just the latest strain of infectious fear we’ve faced
March 11, 2020 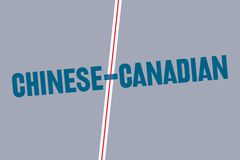 Opinion
In China, the coronavirus crisis tests the system of governance
March 11, 2020 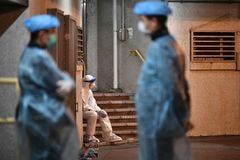