The Right Honourable Joe Clark was the 16th prime minister of Canada. He served as secretary of state for external affairs when the Open Skies Treaty was relaunched and negotiated. Peter Jones is a professor at the University of Ottawa. He was involved in the negotiation of the treaty and is the author of Open Skies: Transparency, Confidence-building and the End of the Cold War.

In 1992, the countries of NATO and the Warsaw Pact signed the Open Skies Treaty, which permits member states to make short-notice, intrusive overflights across one another’s territory. The purpose of the flights is to build confidence that no country is planning a surprise attack and to allow regular monitoring of military stockpiles, although environmental, economic and other matters can also be observed.

The idea behind the treaty is that fear of surprise attack can lead countries to take actions during a crisis that can further destabilize an incendiary situation. Open Skies was first proposed by U.S. president Dwight Eisenhower in 1955, then again by president George H.W. Bush in 1989. In both cases, the Republican presidents realized that uncertainty is the enemy of stability. They both also realized that, as Russia is a closed society, the West gains the lion’s share of information from such overflights. In many ways, Open Skies embodies the fundamental rule that guided president Ronald Reagan, another Republican, when seeking agreement with adversaries: “Trust, but verify.”

Canada was closely involved in the relaunching of the idea. In Ottawa, we played host to the first meeting in history of the foreign ministers of NATO and the Warsaw Pact, with Open Skies as the principal agenda item, in February, 1990. We realized that, with the Cold War ending, Europe could become a less stable place because countries freed of Cold War discipline might resurrect old animosities and grievances. We urged Mr. Bush to make the idea multilateral – an inclusive treaty involving all the countries of NATO and the Warsaw Pact, as opposed to a purely bilateral U.S.-Russia agreement. The treaty has since been expanded to include all European countries.

The negotiation process was lengthy and difficult. The Russian military was as suspicious of the idea as it had been in 1955, but the treaty came fully into effect in 2002. Since then, more than 1,400 flights have taken place. By agreement, all of the data collected is made available to all members of the treaty, thereby providing the smaller countries with a huge pool of information they would otherwise not be able to collect. Russia sees by far the largest number of flights every year, because most other countries are eager to know what is going on there.

There have been issues, of course – there always are in the implementation of complex agreements. For the most part, these have been, and can be, dealt with through diplomatic means. The overwhelming majority of countries involved in the treaty believe it enhances their security. And the treaty has shown that it can evolve and keep up to date; recently, for example, an agreement was reached to upgrade the sensors carried on the flights.

Despite all this, there are reports that President Donald Trump will announce that the U.S. will withdraw from Open Skies. This appears to have more to do with shoring up support from his right-wing base, which is inherently suspicious of arms-control agreements, than any issue with the Open Skies concept – which, after all, was proposed and implemented by his Republican predecessors. Nevertheless, U.S. withdrawal would be a serious blow to the treaty, as well as to confidence in American leadership. It’s doubtful Russia would long regard it as being in its interest to play host to the large number of yearly overflights it does if it could no longer overfly the United States.

We therefore encourage U.S. congressional leaders, policy makers and others to keep the world’s eyes open and continue to make important decisions based on facts, not fear. We also encourage allies to make it known in Washington that the loss of the Open Skies Treaty would be a serious blow to security and stability. If the Trump administration does go ahead and withdraws, we hope Canada and other like-minded countries will do what they can to keep the Open Skies regime going until a new administration in Washington can be persuaded to rejoin the treaty.

None of this will be easy, but the Treaty on Open Skies is too valuable and hard-won a victory of arms control to be abandoned. 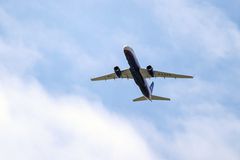 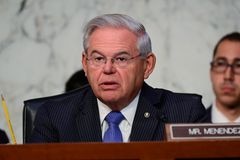