Cast your minds back to March, 2003, when the World Health Organization issued a rare travel advisory, warning that 150 cases of severe acute respiratory syndrome (SARS) had been reported and seemed to be spreading.

SARS, caused by a previously unseen coronavirus (a virus that typically affects the respiratory tract), would eventually kill 774 people and sicken 8,098 in 37 countries.

The hardest-hit country outside Asia was Canada, which recorded 44 deaths, 3,301 hospitalizations and billions of dollars in economic losses as visitors avoided Toronto during what came to be known as the “Spring of Fear.”

The Wuhan coronavirus: What we know so far about the new disease from China

An eerily similar opening act is now unfolding as another novel coronavirus emerges from Wuhan, China. As of Monday evening, 224 cases had been reported in China, with a handful of others in Japan, Thailand and South Korea. With the Lunar New Year approaching – one of the busiest travel seasons in the world, especially in Asia – there are growing fears that the virus could spread rapidly around the globe.

So, the burning question becomes: Is another global public health disaster inevitable?

Thankfully, the answer to that is “No.”

The world learned a lot from its missteps during the SARS crisis – no country more so than Canada.

First and foremost, China is being far more forthcoming with information about the Wuhan-linked outbreak, a stark contrast to its secrecy during the early months of SARS.

At first, all the people who fell ill from the new pathogen – which doesn’t yet have a catchy acronym, though in infectious-disease circles it goes by nCoV2019 – seem to have shopped at the Huanan seafood market, which has since been closed.

But on Monday, Chinese officials revealed that there were cases with no link to that market. A Chinese news agency also revealed that 14 health workers had been infected – all of whom treated a single patient. That pretty well confirms human-to-human transmission.

Let’s not forget that those at greatest risk when new pathogens emerge are health workers. Half of all SARS cases in Canada were among health workers, and a physician and two nurses were among the dead.

One of the main reasons SARS spread in Canada is because hospitals did not take adequate precautions, such as masking, gloving and isolating patients being treated for respiratory illnesses. This is difficult to do during flu season, when hospitals are filled with coughing, feverish patients. Presumably, we won’t be complacent this time around.

The 2003 SARS crisis prompted a lot of introspection in Canada, including two public inquiries that gave us the 1,200-page opus from the SARS Commission, led by the late Justice Archie Campbell, and the National Advisory Committee on SARS, headed by David Naylor.

In fact, the essence of all the retrospective studies can be boiled down to a Boy Scout motto: “Be prepared.”

One of the most important corrective measures taken after SARS was the creation of the Public Health Agency of Canada.

PHAC has an outbreak-preparedness division, and it appears to be on top of the Wuhan coronavirus story. The agency has already issued a couple of advisories, and they are appropriately cautious.

What will be essential when the first case of nCoV2019 appears in Canada – which is possible in the coming days or weeks – is that Dr. Theresa Tam, the Chief Public Health Officer of Canada, take the lead and continue to respond “with an abundance of caution,” as she did Monday. (During SARS, some will recall, there were a multitude of provincial and federal officials speaking, often with contradictory messages.)

The World Health Organization has also been careful with its language – another good sign. It has convened an emergency meeting for Wednesday, at which officials will decide what measures, such as travel advisories, are appropriate. But it needs to exercise some restraint.

At the height of SARS, there were breathless daily WHO updates on the body count that fuelled fears, as well as a fair bit of hyperbolic media coverage, and those mistakes were repeated during the H1N1 pandemic.

The number of cases of nCoV2019 is significant enough now that the spread cannot be stopped. But it can be contained with a sound, co-ordinated public health response.

The challenge, from a communications perspective, is informing the public about the risks of this novel coronavirus while at the same time not overstating the dangers.

That’s not an easy balance to find in the social-media age. But among the many lessons SARS taught us is that misinformation and fear can cause a lot more carnage – especially the economic kind – than a new pathogen. 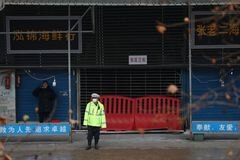 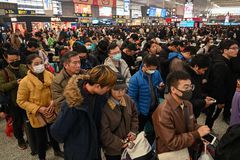