There is a cluster of arguments making the rounds, especially on the right, and it goes like this. The models were wrong. They’ve underestimated the infection rate, and overestimated the death rate. Many more people than is believed have been infected; the vast majority will recover, and be immune. Lift the lockdown, then, and leave the disease to spread further, until we reach “herd immunity.” Like they’re doing in Sweden.

The argument depends heavily on the bedrock populist belief that “no one knows anything.” Experts are just as clueless as the rest of us, if not more so. In the present case, admittedly, this is largely true. There is indeed much we do not know about COVID-19, or the novel coronavirus that causes it, not because the experts are clueless but because the virus, as the name implies, is so new.

We do not really know where it started, or how it spreads, or why it affects some people worse than others. Because so many of those infected show no obvious symptoms of it, it is especially difficult to know how many people have the disease, or which ones. By the time we have identified them, they might have already passed it on to others who are more vulnerable to it.

So we don’t know as much as we would like about the disease. That is not to say we know nothing. Experts can draw inferences from the data, to make rough estimates of how fast the disease is likely to spread, and how far, and how many of those who catch it will die.

It is true that the models’ projections have tended to overstate the number of future deaths from the disease. But that is not enough in itself to invalidate them. Models depend heavily on the assumptions that go into them – particularly, in this case, assumptions about human behaviour.

We are six weeks into the most extraordinary experiment in behavioural modification ever attempted. How much people would limit their contact with others, in order to limit the disease’s spread, could only be guessed at. That they appear to have done so to a decisive degree is more cause for celebration than criticism.

Moreover, while the models’ predictions may have been off, that doesn’t mean their estimates of current numbers are. Given how few tests have been conducted, it’s probable the actual number of cases is much larger than the reported number – about 50,000, or roughly 133 for every 100,000 of the population. But how much larger is still the work of experts. There is no particular reason to prefer another estimate over theirs just because it accords with our prior beliefs.

It is a curious irony that an argument rooted in appeals to radical uncertainty should be so certain on other points, with even less grounds. We do not, in fact, know whether those who have contracted the disease are in every case immune, or what proportion will be, or for how long. Neither do we yet have reliable tests to determine whether they are or are not.

Suppose we knew all these things. Herd immunity is achieved when enough of the population is immune that the virus cannot find new people to infect. The more infectious the disease, the smaller the pool of potential victims it needs to keep spreading, and the greater the proportion of the population that must already be infected to stop it. How large a proportion? Most experts put it at between 50 and 80 per cent of the population. How much of the population do they think are now infected? Between 1 and 3 per cent.

To get to herd immunity, then, governments would have to engineer a “controlled ascent” in the numbers of those infected, all the way from 1 to 3 per cent of the population to 50 to 80 per cent, allowing only the right sorts of people to contract the disease (those young and fit enough to survive it) at just the right pace – slow enough to avoid overwhelming the hospitals, but fast enough to make it worth the risk.

Even if the experts are wrong, and the number of those currently infected is 10 times current estimates, that still leaves us well short of herd immunity. Do we really trust governments to accomplish a task of that degree of difficulty – the same ones who can’t even count? And the evidence that they can is … Sweden?

Sweden’s death rate from COVID-19 currently stands at 23.3 for every 100,000 of the population. In the neighbouring countries of Denmark, Norway and Finland, it is 7.5, 3.8 and 3.5, respectively. Perhaps the Swedes have had a better time of it the past six weeks. But at the price of three to seven times the number of deaths, proportionately? No thanks. 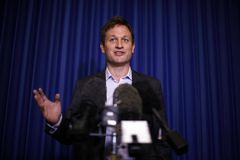 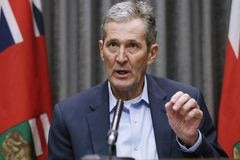 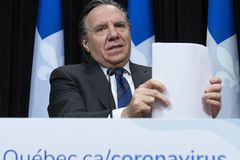 Majority of Americans plan to avoid sports and other live events without a coronavirus vaccine, according to new poll
April 29, 2020 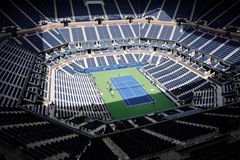