Roland Paris is a professor of public and international affairs at the University of Ottawa, an associate fellow of Chatham House and a member of the World Economic Forum’s Global Futures Council on Geopolitics. He was a senior adviser to Prime Minister Justin Trudeau in 2015-16.

Foreign policy has rarely figured prominently in Canadian elections. With few direct threats to our security, privileged access to the world’s largest and richest market, and international rules and institutions that sustained a relatively open and stable world order, Canadian voters have understandably tended to treat foreign affairs as an afterthought.

Today these conditions are decaying, leaving Canada more exposed than ever. A crucial question confronts our political leaders: How will Canada respond to these tectonic shifts in international affairs?

First, how will Canada manage its relations with the United States in the coming years? No one should assume that U.S. President Donald Trump is an aberration. He will eventually leave office, but Trumpism may remain a powerful force in U.S. politics for some time, just as Jacksonian populism outlasted the presidential term of its 19th-century namesake, Andrew Jackson. Mr. Trump has normalized America First chauvinism in the minds of many U.S. voters and refashioned the Republican Party as its champion. How should Canada deal with this new America?

Second, how will Canada protect its economic interests in a world of mounting protectionism and trade tensions? China’s rise and its determination to dominate key technology sectors (including by reportedly stealing commercial secrets) have sparked an extraordinary bipartisan reaction in Washington. The resulting U.S.-China trade war will also likely outlast the Trump presidency – and it could spread further. Canada, whose economy is unusually dependent on trade, risks being collateral damage.

Third, support for international institutions and rules has been a touchstone of Canadian foreign policy for generations – and for good reason: middle powers such as ours cannot thrive in a “might makes right” world. Yet the multilateral system that Canada helped build is now foundering. Which of its elements are crucial for Canada, and how will we work with other countries to sustain or replace them? How will Canada position itself to succeed in an unrulier world?

Fourth, beyond the urgent need to reduce Canada’s carbon emissions, we must also deal with global warming’s effects. Canada’s Arctic is warming at more than twice the world average, melting sea ice that has long impeded maritime shipping and resource extraction. What is Canada’s long-term plan for the region as it becomes more accessible and gains strategic importance to other countries?

Finally, Canada’s distance from hostile countries and unstable regions offers little protection against new forms of digitized disruption and cyberattacks. This is no passing problem; Canada and other democracies are entering a new era of vulnerability. How will we defend ourselves against these new weapons as they proliferate? What role, however modest, will Canada play in building arms-control regimes to limit their use?

This is a sobering list of questions – and there are more. We must face them squarely. Federal party leaders in the current campaign should tell voters what they intend to do.

Indeed, the scale and complexity of these global changes demand even more. Beyond the campaign platforms, speeches and debates of the current pre-election period, Canada needs a comprehensive review of its international policy. Whoever wins power in the next few weeks should launch one. The last such review concluded in 2005 – an eternity ago.

It employed a standard method: The government consulted outside experts and the public, then produced a policy statement. A more comprehensive model for today might be that of the Macdonald Commission (formally known as the Royal Commission on Economic Union and Development Prospects for Canada) in the 1980s. Its members included representatives from all major federal parties, the public service and stakeholders outside government. Together they authorized research and conducted their own consultations. Some of their recommendations were bold and consequential, including free trade with the United States.

Not all of the commissioners agreed with every aspect of their report – some dissented from particular recommendations – and the government was not obliged to follow its advice. Yet the panel strengthened its impact by being multipartisan and by drawing on the expertise of the federal public service, while also incorporating broader perspectives. A new foreign policy review should adopt a similar model.

These are not ordinary times. With the ground shifting internationally, Canada requires a root-to-branch rethinking of its international strategy. And it should begin now. 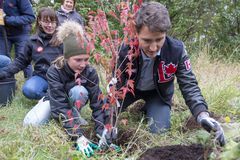 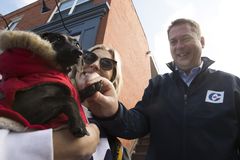 Well-Versed: Canada’s place in the world and where the next PM might take us
October 6, 2019 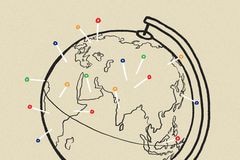