Canada, you might be surprised to hear, is a world leader in climate change.

The plans had two things in common. They carried ringing titles: Green Plan, Action Plan, Project Green, that sort of thing. And they all failed, which is what the Harper government's plan will do.

The Harper government offers a target for reducing emissions that contribute to climate change by 17 per cent from 2005 levels by 2020. Over and over, ministers repeat this target, even though every environmentalist, oil company expert, academic, diplomat and bureaucrat who has studied the government's plan agrees the target cannot be met, at least not the way the government is going about it.

It is typical of the Harper government to keep repeating statements that are implausible in the extreme or simply false, as in this case. The theory, presumably, is that the truth arrives too late to catch up to the implausible assertion, that the media has given up tracking the gap between statement and reality, and that the people don't fundamentally care, so disillusioned are they with Ottawa and its ubiquitous spinning and information control.

This week the Auditor-General's office added its voice to the chorus that has already dismissed the 17-per-cent target as a joke. Scott Vaughan, commissioner of the environment and sustainable development, part of the A-G's shop, looked at the government's supposed plan to achieve the 17-per-cent reduction and said, politely but firmly, that he couldn't find a plan, or at least a complete and coherent one.

His numbers are simple and easy to understand. On current trends, emissions by 2020 will rise by 7.5 per cent from 2005 levels rather than drop by 17 per cent. This gap between what is happening and what is supposed to happen amounts to 178 million tonnes of greenhouse gas emissions.

Only a fraction of those 178 million tonnes has been reduced. Therefore, said Mr. Vaughan, "it is unlikely that enough time is left to develop and establish regulations that together will contribute sufficient GHG reductions to meet the 2020 target."

The commissioner, like most auditors, has mastered understatement. A clearer way of expressing himself would have been to say there isn't a snowball's chance in hell of the target being reached – which is what everybody in civil society and foreign embassies has understood and been saying, publicly and privately, for a long time.

Each industry – trucking, aviation, shipping, rail, oil and gas, electricity generation, chemicals, fertilizer, iron and steel – is to be regulated to the pips. Rather than use economic tools such as carbon-trading markets or a carbon tax, the government is going to use the least economically efficient tool, the very one it continually decries – regulations.

Their sheer complexity, coupled with backroom lobbying by industry, means there are still no final regulations for coal-fired power plants and not even preliminary ones yet made public for the oil and gas industry.

As Mr. Vaughan observed, the government does not know the cost of the regulations for the economy, whether they will work or how they will be implemented. Moreover, once regulations are produced, it will take some years for them to take effect, another reason why the 17-per-cent reduction by 2020 is a pipe dream.

Canada has been embarrassed in the world's eyes so many times on the climate-change file that another embarrassment matters little. The Harper government has many climate-change deniers and skeptics in its ranks – in caucus and the country. Doing nothing, or as little as possible as slowly as possible, suits them just fine. 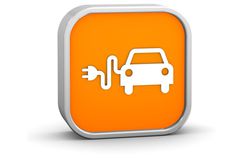 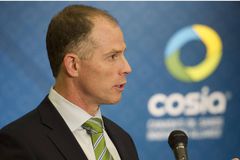 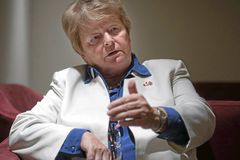