Those who care about reducing carbon emissions have stated the truth repeatedly: Canada will not meet the reduction target so often proclaimed by Prime Minister Stephen Harper's government.

Against all evidence, including its own numbers, Ottawa has insisted that the country remains on track to reduce emissions by 17 per cent from 2005 to 2020.

It has been an alarming but not atypical performance: Look facts in the face and insist that black is white, presumably hoping or believing that citizens don't know or care. And one wonders why the public is cynical about government.

Now, fortunately, black has been called black – not by environment NGOs or the few journalists still interested in the issue, but by Commissioner of Environment and Sustainable Development Julia Gelfand, whose office is an offshoot of the Auditor-General's. Ms. Gelfand has just released an annual report so devastating that one wonders if any minister, let alone the Prime Minister, would have the gall to keep on repeating what can accurately be called a lie.

The 17-per-cent reduction, which Canada agreed to at a conference in Copenhagen in 2009, will not happen. "The evidence is stronger [than in the commissioner's 2012 report] that the growth in emissions will not be reversed in time and that the target will be missed," Ms. Gelfand's report says. The best that might be expected would be a 7 per cent reduction.

The only serious policy that is on track will see vehicle emission standards lowered, starting with heavy-duty trucks in 2014 and new regulations for cars in several years. In this, Canada is following the United States, as is appropriate given the integration of vehicle-manufacturing between the two countries.

The regulations on coal are weak, because they only apply to new plants (of which few if any will be built) or to existing plants that reach the end of their useful life, which means that companies will string out the lifetime of older plants to avoid the regulations. Regulations on oil and gas, often promised, have been shelved, even though, as the commissioner notes, emissions from this sector will rise faster than from any other.

Her description of confusion and failure inside the Environment and Natural Resources departments ranges between farce and tragedy. In fairness to those departments, since the Prime Minister's Office directs the government, the blame should properly lie there. Mr. Harper's environment ministers have been embarrassingly inept, but they have been expected to do little on the environmental file except repeat things that are not true.

While the Harper government brazenly brags about its performance, it turns out (as everyone following the issue of climate change has known and said) that provincial actions have accounted for two-thirds of the emissions reductions thus far. The single biggest contribution to lower emissions has been Ontario's closure of coal-fired plants. When Ottawa brags about overall emissions reductions, it suggests that the federal government has been responsible, which is false.

Perhaps worst of all, but not surprising, is the commissioner's finding that not only will the reduction targets not be met, but no serious plans exist within the federal government, alone or in conjunction with the provinces, to meet them.

This is hardly surprising, given the lack of interest in the file by this government – a lack of interest that arises from a political calculation that Conservative supporters are either opposed or indifferent to climate-change mitigation, from the Prime Minister's suspicion that action will be economically costly, and from an unwillingness to do much while others, such as China, India and Russia, do so little. The idea of Canada acting as a leader, or first mover, has no appeal for this government.

As Ms. Gelfand said of the government's approach, "planning has been ineffective and the action it has taken has been slow." But then, words to this effect have also been used to describe the inaction of its Liberal predecessors, which signed on to the Kyoto Protocol with a commitment to reduce emissions it had no idea how to meet, and therefore did not.

And so Canada's charade, well known to other countries, of insisting that promises will be kept when in fact they never are, shows no sign of ending. 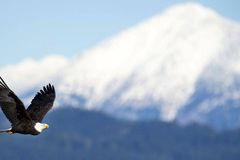 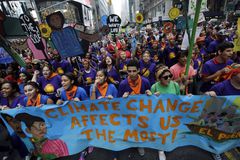 Opinion
Caught in the middle of the bee war
October 9, 2014