Before a single watt of power flows from a modern hydroelectric dam, there is one thing these massive projects reliably achieve: they consume money, lots of it – and, too often, far more than planned.

On Friday, British Columbia Premier John Horgan confirmed what has long been known. The Site C dam, half built on the Peace River in the province’s northeast, is way over budget. The estimated cost is now $16-billion, some 50 per cent higher than the $10.7-billion forecast in 2017, and nearly double the $8.8-billion budget when Site C was given the green light in 2014.

The news lands after months of review of the troubled project. Even before the pandemic slowed construction, BC Hydro oversight was lacking. Then proposed fixes for the geological issues threatening the dam’s stability needed to be addressed.

With about $6-billion already sunk into Site C – and the cost of killing the project outright pegged at another $4-billion – Mr. Horgan on Friday said the best choice is to spend $10-billion more to finish the dam. If the project were cancelled, power rates could surge to cover the debt, without any power being produced.

Mr. Horgan is likely right that, at this stage, it’s too late to turn back. He had that opportunity in 2017, when his NDP first won government. Back then, with $2-billion already spent and jobs on the line, he chose to proceed.

Site C will, eventually, generate electric power, and it will flow for decades. That electricity will be a lot more expensive than it was supposed to be, and possibly more expensive than alternatives such as wind or other renewables, but other options were never seriously considered, by Mr. Horgan’s government or the previous BC Liberals.

So, as of today, finishing Site C may not be the best decision, but under the circumstances, it is probably the least bad. However, these lousy circumstances didn’t appear out of nowhere. They are not the result of bad luck. Yes, the pandemic slowed construction, but long-standing problems at Site C stem from a lack of careful decision-making and oversight. That can be pinned on both Mr. Horgan’s government and the BC Liberals, who were in charge when construction started, and who ignored concerns and skipped a rigorous project review.

Major hydro projects end up like this. First, the conclusion is determined at the start: a dam is the best idea, and it will be built. Backers then overestimate benefits and underestimate challenges. A decade ago, it was hoped Site C could be built for $6-billion, but as early as the 1970s, BC Hydro knew there were potential problems with building a dam in that spot on the Peace River.

But concerns were waved away amid promises of bountiful, cheap power.

Would any government have approved Site C if the upfront price had been $16-billion? Likely not. But this is what happens when governments make big decisions based too much on hope and faith, and too little on engineering and accounting.

The same thing unfolded in Newfoundland and Labrador, where the Muskrat Falls hydro dam has more than doubled in cost to $13.1-billion, shaking the province’s financial foundations and necessitating a federal bailout. B.C. is in better shape – but for years to come, residents will be paying more than promised for power.

In Newfoundland, the disaster at Muskrat Falls was subjected to a public inquiry. The NDP has not considered the same for Site C, though there is no shortage of unanswered questions. Too much has been kept from public view.

This is not the end of the saga. Mr. Horgan promises the finished dam will be safe but the experts who reviewed the engineering never even visited the site. Many answers officials gave on Friday were vague. One report commissioned by the government released on Friday warned of the “risk of additional geotechnical issues.” Even the budget of $16-billion seems to be a work in progress, an estimate rather than a rigid target. Few details were provided about that new price, other than to say pandemic delays and geotechnical issues account for about half of the latest increase.

Power at Site C is not set to flow until 2025. A lot more can happen before then, and some of it might not be good. The only sure thing B.C. presented on Friday was that, come hell or a higher price tag, this dam will be built. 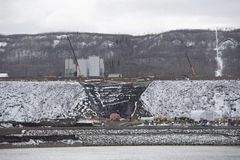 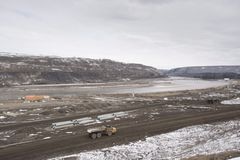