To get elected in Canada, parties and candidates have to make a lot of promises. But to govern, they have to be very careful about which promises they make, and to whom, on what. Canada is a land of ambition and compromises, because the country’s underpinnings are a mass of intricate engineering, where every column is not only load-bearing but leaning, ever so delicately, against several others. Move with care.

Newton’s third law of Canadian federalism says that for every governing action in Ottawa, there are multiple equal and opposite reactions across the country. But if you’re one of the parties that knows it’s not going to be forming government, you can sometimes campaign as if the rules of gravity don’t apply.

Which brings us to the New Democratic Party and its leader, Jagmeet Singh. There are some good ideas in the NDP platform. For example, the party’s plan for free dental care for families earning less than $70,000 a year is a worthy and not particularly costly idea that a party with a shot at forming government (hello, Liberals) should steal.

However, Mr. Singh may want to schedule a dentist appointment after Oct. 21, because the campaign has given him the opportunity to place one foot deep inside his mouth.

The NDP has a long history of trying to court the soft nationalist vote in Quebec, and this year is no exception. The party platform says that, “infrastructure projects which could have an environmental impact … cannot proceed without the agreement of … Quebec.” In other words, even though the Constitution says otherwise, the NDP would give Quebec a veto over projects of national significance.

And now, let the Jenga begin.

Is this veto for one province only? Voters in, say, British Columbia, would not be happy about that. So, when pressed earlier this week by a CBC journalist, Mr. Singh said that an NDP government would “not impose projects” on any province. He confirmed that meant a veto for B.C.

(In a later interview with APTN, he insisted that wasn’t what he meant, leaving NDP policy more unclear than ever.)

Remember that time Oprah gave away a car to everyone in her studio audience? Canada, today’s your lucky day: Every premier is getting a brand new roadblock! But not 24 hours after Mr. Singh gifted the provinces with vetoes on national infrastructure projects, he was in Winnipeg, proposing his own national infrastructure project – a clean-energy corridor, carrying electricity across the country and over provincial borders.

The hydro corridor is not a crazy idea but, not to get all technical here, how exactly is it different from a pipeline? Would it be subject to the veto? Or does that only apply to infrastructure projects that right-thinking people know are wrong? Who decides which projects are which?

And while we’re handing out shiny new provincial roadblocks, why stop at infrastructure? What about, say, the Canada Health Act and its five principles of medicare? Or abortion access? Or gun control?

If you’re not going to form government, you don’t have to worry about any of this. But in a minority situation, the NDP could hold the balance of power.

So could the Green Party.

Last Friday, Green Leader Elizabeth May was in Calgary pushing her party’s plan to wean Canadians off of fossil fuels. The idea of an oil-free future is not an easy sell in the oil patch. But Ms. May said that, even as consumption was gradually lowered, her party would soften the blow to Alberta’s oil industry by banning foreign fuel imports. For years to come, Canadians filling up their cars would only use gasoline from domestic crude.

Beyond the international trade-law issues that immediately come to mind, we foresee at least one other basic problem. If drivers in Quebec and Atlantic Canada are going to rely on Alberta carbon rather than imports, how exactly is it going to get to them?

Will it be piped to Vancouver, and then shipped to the other side of the continent via the Panama Canal? Does it mean a Lac-Mégantic solution: More oil on trains? How about offering air travellers, now paying extra to check a bag, a discount for each jerrycan of petro products in their carry-on luggage?

Or is the Green Party proposing one of those infrastructure projects that moves oil over long distances? What’s it called again? Ah, yes: a pipeline.

Maybe it could be called Energy East. 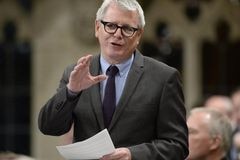 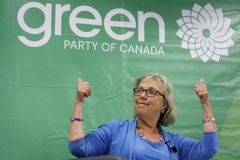 Trudeau says he did not punish Eva Nassif for failing to support his feminist credentials Subscriber content
September 25, 2019 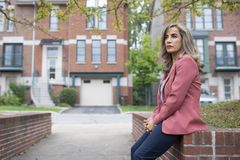