Canada's climate is changing, and with that change goes more extreme weather conditions. We are not immune from global warming caused by man-made greenhouse gas emissions; we just have to adapt differently from other places.

Weather is, of course, day-to-day, month-to-month stuff. Climate change is certainly not responsible for the fact that it's raining today or that this month has been wetter or drier than usual. Weather is short term; climate change is long term. But the two are linked. And even if we could stop all additional greenhouse gases from entering the atmosphere tomorrow, the climate would still change, because those gases (notably carbon and methane) stay trapped for a very long time in the atmosphere.

So countries have to adapt, or try to adapt, something that is very hard to do when government and populations don't quite know which impact will hit where and when. It's easier, but often more costly, to react than anticipate.

In 2008, many of Canada's leading climate scientists and scientists from other disciplines produced a voluminous report on adaptation to climate change. Predictably, the Harper government buried its release on a Friday afternoon. So, too, the government tried to bury the recent update, putting the report on the Natural Resources Canada website without any fanfare.

But it's there: an enormous compendium of information from Canadian experts who report, among other conclusions, that "extreme weather events are a key concern for Canada, and there is growing confidence that some types of extreme events will increase in frequency and/or intensity as the climate continues to warm."

Over the last six decades, Canada's average temperatures have risen 1.5 degrees Celsius, with warming happening much faster in northern Canada. The frequency of cold nights has dropped; the frequency of warm days has increased. The country, as a whole, has become wetter; sea ice is declining (as everyone knows) in the Arctic but also along parts of the Atlantic coast.

Western Canadian glaciers, headwaters of some important rivers, "are losing mass and shrinking rapidly to the smallest extents in several millennia." Glaciers in British Columbia and Alberta have lost respectively 11 and 25 per cent of their surface areas – very alarming long-term trends, especially for Alberta, which is a largely dry province that depends on rivers flowing from the Rockies to water agricultural production and grasslands.

The experts predicted that "further changes are inevitable. On average, warmer temperatures and more rainfall are expected for the country as a whole, with increases in extreme heat and heavy rainfall events, and declines in snow and ice cover." They predict "more frequent heavy precipitation events, with an associated increased risk of flooding."

Ice cover duration for lakes in general is expected to decrease by a month by mid-century, and "a nearly ice-free summer is considered a strong possibility for the Arctic Ocean by the middle of the century."

Changes tied to climate can sometimes be positive. An ice-free Arctic opens up economic opportunities. Perhaps warmer temperatures will extend crop production, although they might shorten the ski industry's chance to earn money. Golf, a sport in decline, might benefit from a longer season, as would warm-weather tourism resorts.

On balance, however the changes are costly. No one knows this better than the insurance industry whose leaders have been in the vanguard of talking about climate change and the need to take measures both to reduce emissions and prepare for more adaption. After all, the industry paid out an estimated $1.7-billion following the southern Alberta floods last year.

Across central B.C., communities face a grim future in the not-too-distant future because the mountain pine beetle has ravaged forests. The only antidote to the beetle is a very cold winter, and these have been rare in recent years. The beetle is taking away the future livelihood of B.C. lumber towns and has winged its way across the Rockies and is boring into trees in Alberta.

Indeed, it's at least arguable that the double whammy threat to forestry and agriculture makes Alberta the most vulnerable province to the impacts of global warming. 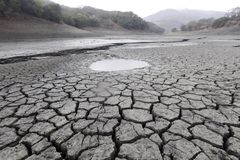 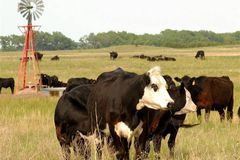 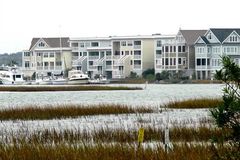