Re Conservative Race Launches With Big Names Staying Mum, Others Bowing Out (Dec. 13): The Globe’s list of potential candidates to replace Andrew Scheer is missing Jason Kenney, who just might be the perfect choice: He is bilingual, he has solid Ottawa credentials and he is socially conservative. What’s more, he doesn’t have any children to send to private school.

More importantly, if he was in Ottawa, he couldn’t do any more damage in Alberta.

Re Split Over Global Carbon Market Threatens To Derail Madrid Summit (Dec. 13): As a person who has adopted the challenge to have a flight-free year (I am in my 11th month), I question how serious the United Nations and its member countries really are about climate change.

The COP25 climate summit in Madrid has more than 25,000 delegates attending. Could it not have been held as a video event without all of these people flying to a single location? Many countries have declared the climate change situation a crisis. Yet when it comes to the carbon footprint of air travel, the example set by this UN summit shows that not all possible steps are being taken. A case of do as I say, not as I do?

I am concerned that some recent letters have declared that because Canada only produces 1.6 per cent of global emissions, it isn’t worth doing anything about climate change. Please do not believe this.

Canada is the ninth-largest emitter in the world as listed by the Union of Concerned Scientists. If Canada does nothing, should all the countries around or below our ranking be able to shirk responsibility, too? Should the task of saving our planet be left to only China, the United States, India, Russia and Japan?

Or perhaps it is fairer to look at emissions per capita: Canada measures 14.9 tonnes per capita, ranking fourth behind only Saudi Arabia, Australia and the United States. So is Canada going to act?

Re Marketing LNG To The World As A Climate Saviour Will Not Work (Report on Business, Dec. 11): Exporting Canada’s bountiful supply of liquefied natural gas to China to displace coal-fired electricity generation has long been the shiny mantra of our oil and gas industry. The argument goes that burning natural gas is cleaner than burning coal.

Yet columnist Eric Reguly quotes Elizabeth May, who states that the extraction of natural gas via fracking “can have the same carbon footprint as coal.” And even Canada’s new Environment and Climate Change Minister Jonathan Wilkinson has said that we need to be careful in determining who gets credit for the purported emission benefits from such transactions.

Carbon is a commodity, but it’s not like a bushel of corn. It can be devilishly challenging to verify and track. As Mark Schapiro noted in Harper’s magazine in 2010: “The carbon market is based on the lack of delivery of an invisible substance to no one,” and “whose value resides entirely in the promise of its absence.”

Re Alberta Needs To Do More On Methane (Dec. 12) I was pleased to see that The Globe’s editorial included wood in the list of carbon-based substances that, when burned, produce greenhouse gases.

Although we are inundated with images of festive hearths at this time of year, perhaps we could adjust our perception of the glowing fireplace to what it really is: a miniature forest fire confined in a domestic toxic incinerator.

Re Cut Off (Letters, Dec. 13): A letter writer is upset that refugees will be admitted into medicine programs at the University of British Columbia, while many international degrees continue to not be recognized for admission to postgraduate studies. This seems like apples and oranges.

Many Canadians go abroad to obtain degrees in medicine because the standards are lower; their degrees in many cases are, thankfully, not recognized in Canada. Refugees admitted to medical school in British Columbia will be educated in the province, where standards are higher.

A tax on you

Re Be Wary Of Ottawa’s Digital Services Tax (Report on Business, Dec. 11): I believe Finance Minister Bill Morneau stood up for the Canadian economy when he reaffirmed the Liberal promise to implement a digital services tax on foreign-owned digital enterprises. These companies are conducting business in Canada and should be treated as such.

There are good reasons why, during the election campaign, every party committed to ensuring these foreign companies pay their fair share: It helps expand the economy – and it’s long overdue. For too long, Canadians have been disadvantaged by outdated tax laws. With 2020 around the corner, it should be time to modernize Canada’s tax policy as a whole.

Re Choosing Homeopathic Treatments Isn’t Really A Free Choice (Opinion, Dec. 7): I believe it is wrong to say that homeopathic treatments never work.

As the contributors acknowledge, there are many testimonials as to the beneficial outcomes of homeopathy. Myself, I am the son of Ukrainian immigrants. Growing up in the 1950s, my mother knew how to treat coughs, colds, stuffy noses, aches, pains, upset stomachs, constipation, diarrhea and sunburns, for example. They worked for our family and maybe did not for others. The reliability of homeopathy may not be as predictable as scientific medicine. But does medicine prescribed by a doctor help everyone? No – nothing is 100 per cent.

If a person practising homeopathy is licensed by the government, give them a try. If no benefits are seen after a week or so, then go to a doctor. That is how I, living proof of the benefits of homeopathy, conduct my health problems.

While I agree with the contributors that homeopathy is modern-day snake oil, they may want to reconsider their advice for people with illness to put faith in Health Canada. It was Health Canada, after all, that thought vaping may be a good idea.

Re Countries Agree To Revised USMCA (Dec. 11): In view of Chrystia Freeland’s statement that trade negotiations have been “an existential drama,” it should follow that the acronym be changed from USMCA to CAMUS. 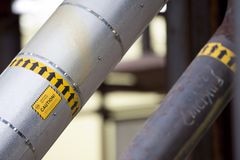