Re Is ‘Owning The Libs’ All O’Toole’s Got? (Opinion, Dec. 19): Columnist Robyn Urback describes the flaws in Erin O’Toole’s “new” Conservative thinking as “silly and amateurish.” It should be described as uncivil, undemocratic and dangerous.

I believe such partisan language and strategies are not merely silly, but set the stage for the erosion of civil discourse. Mr. O’Toole seems to think nasty partisan talk will win him the next election. I certainly hope not.

We have only to look at our neighbours to the south to see where uncivil talk can lead.

Re The Talk (Letters, Dec. 21): Erin O’Toole is not fresh out of school. He is a seasoned politician and the Leader of the Opposition. Saying that residential schools “became” a horrible program shows a gross lack of understanding of why they were formed in the first place.

His mind, therefore, should not have to be “changed,” as a letter-writer says. If it is Mr. O’Toole’s desire to be prime minister, then he proved sorely lacking in an area that many Canadians expect him to know better.

Re Court Rejects HBC Application For Lockdown Review (Report on Business, Dec. 21): A lawyer for the province of Ontario argued that government is not obligated to act fairly during this pandemic. I disagree. Whether managing a once-in-a-century event or day-to-day affairs, government can, and therefore should, act fairly toward individuals and businesses.

Our legal rights are not absolute, but fairness should be an ethical obligation. Instead, it feels like the Ontario Superior Court has opened the door to excuses for all manners of injustice against citizens.

If we don’t object now, there may come a time when there will be no one left to speak out for us.

It’s late and over budget (with the final tally still to come). It’s shrouded in secrecy. And it’s been designed from the ground up to meet the profit objectives of pension-fund owners, not public needs. This troubled project was also the first to receive support from the Liberal’s Canada Infrastructure Bank.

Now Michael Sabia, the man behind the REM and a major privatization advocate, is Canada’s deputy finance minister. He will help shape federal budgets and policies to steer our economy through a postpandemic recovery. There’s a real danger the same flawed REM model could spread to other cities.

It’s crucial we get the biggest bang for our buck on major infrastructure investments by keeping them fully public. The “big worries” that The Globe rightly identifies about the REM should stop further private, for-profit transit projects in their tracks.

Re Ottawa’s Hydrogen Strategy Hinges On Tax Incentives, Private Investment (Report on Business, Dec. 16): Proponents of natural-gas-based hydrogen fuel would use carbon capture and storage to negate the pollution created in its production. However, they offer little evidence that CCS technology is economically scalable – and thus feasible – for the large-scale production that is foreseen.

These private projects may need some upfront boost for research, but they should not depend on continued public subsidies and incentives for their profit. Without adequate CCS, not only would we not meet our climate targets, but how would we apply the “polluter pays” principle? Will “blue hydrogen” become our next orphan wells?

Re Alberta, Oil Sector Laud Changes In Climate Plan (Report on Business, Dec. 14): We can all appreciate why the oil and gas sector would laud the removal of gaseous and solid fuels from the Clean Fuel Standard program. Losing investors in any industry is a problem. But the provinces and various oil and gas groups are not offering proven mitigation tools to help reduce carbon emissions.

Keeping all fuels in the CFS program would send a clear message to industry and encourage a more rapid change. We can’t lose sight of the rationale for doing all this.

Re A Deadly Cocktail For Bars And Restaurants (Dec. 14): Contributor Christine Sismondo posits the social value derived from drinking in neighbourhood bars (along with the alcohol industry’s significant impact on the economy and taxation). There is no doubt of the social value in people gathering to talk and share their thoughts. But how imbibing alcohol helps or hinders this verbal intercourse seems debatable.

Re Journalists’ Phones Hacked By Saudis, UAE, Security Group Finds (Dec. 21): It used to be much simpler.

In the early 1960s, an activist acquaintance began hearing funny noises on her phone, and contacted the telephone company to complain that her phone was bugged. A few days later, she was contacted by an apparently conflicted company official, who reassured her that “there’s nothing wrong with your phone – you’re just upset because of your divorce.” 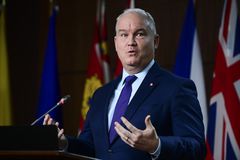 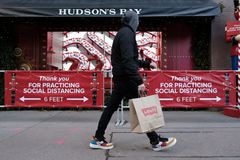 Opinion
What the rest of Canada should learn from Montreal’s remarkable transit ambitions
December 17, 2020 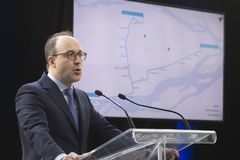