Re Travel Rules, Done The Canadian Way (Editorial, Feb. 1): I am a Canadian with a vacation home in Florida, where I am currently residing. I am fully supportive of additional travel restrictions and, in particular, stronger measures that will be taken to enforce quarantine.

Notwithstanding proof of a negative test, as well as proof of vaccination, the government will still require a further test and quarantine for up to three days for this group. Is this sound health policy or a government recognizing a political winner?

Re It’s Time To Talk About The End Of Lockdowns (Editorial, Jan. 30): Until mass vaccination works, I believe lockdowns remain the only proven way to bring out-of-control caseloads down to acceptable levels. When talking about lockdowns, we should focus on making the current one the last.

Governments that lift lockdowns too soon set the stage for subsequent waves. Our premiers seem like patients who foolishly stop their antibiotics at the first sign of symptoms receding. Countries such as Australia and New Zealand, which chose to stay the course a few weeks longer, avoided many thousands of deaths while enabling people to return to normal living.

Re The Yukon, The Vaccine And A Casino Couple Who Tried To Game The System (Feb. 1): When Monday’s headlines were about 20,000 dead Canadians from COVID-19, riots in Russia and a military coup in Myanmar, why did I turn straight to the casino couple?

It is because their actions target every one of my jangled, housebound nerves: obscene wealth made in a business with, to be blunt, few redeeming features; attitudes of entitlement; total disregard for others’ health and safety; the lies; now the vague threat of a jail term. Come on! These people can afford the best lawyers that millions can buy.

Forgiveness is good to settle the soul. So let’s have an apology, and not just that “it was the stupidest, utterly stupidest thing.” Any four-year-old knows that.

Let’s also have millions in stock options go straight to a charity for Yukoners. Then the casino couple can ask to be forgiven.

Re Maybe An Ex-CEO And His Actress Wife Jumped The Vaccine Queue As An Act Of Charity? (Opinion, Jan. 30): Many thanks to columnist Robyn Urback for clearing up my confusion over the motives of the casino couple on their Yukon trip. These two humanitarians deserve the Order of Canada. If there was only someone to give it to them.

Re Report On Payette Reveals Next To Nothing (Jan. 29): I believe that at the heart of the Julie Payette affair is not her behaviour, although it was unacceptable, but the denigration of the civil service by the Prime Minister.

The secretary to the governor-general had always been a senior civil service position, and many individuals served with distinction. When Ms. Payette was allowed to pick Assunta Di Lorenzo, a close friend with no relevant experience, many excellent civil servants were likely bypassed. Had one of them been secretary, I doubt we would have this scandal.

I think Justin Trudeau and Ms. Payette received what they deserve, although neither seems willing to acknowledge their responsibility.

Most articles and letters regarding the lack of vetting of Julie Payette miss the responsibility of due diligence by the candidate herself. This is especially important in senior leadership positions.

A basic step in assessing a position is to talk with previous incumbents about the role: their experiences, the good, the bad, the advice they may have, et cetera.

I wonder if Ms. Payette talked at length with any predecessors. She also should have had a reasonably objective assessment of her own skills and temperament and how these match the requirements of the position.

It appears that the selection process was insufficient on the hiring side, but also quite deficient on Ms. Payette’s part as well.

Re Silver Stocks Next To Get Big Boost In Online Forum (Report on Business, Jan. 29): I find it a little hypocritical when David Baskin, a high-net-worth money manager, described certain investors as “some poor idiot, probably sitting at home in his basement, in his sweatpants.” In my opinion, the only difference between them and so-called experts is that one of them is playing with their own money.

Interesting to watch the ball in this shell game.

Re Casualties Of The GameStop Revolt Won’t Be Hedge Fund Bosses (Report on Business, Jan. 30): It is all fine and good when Wall Street manipulates the markets, but God forbid if the man in the street tries to do the same. Hopefully a few billion in losses will help shut down some of these hedge funds.

All of those unsophisticated investors that artificially drove up the share prices of various mediocre companies are scoundrels. If they had picked any companies I own shares of, I would, of course, have a much more favourable opinion.

Re A Work Force Still Stuck In The 1970s (Editorial, Jan. 28): Too right that the wall to women’s advancement is the lack of a national child-care policy. And we all suffer from the results – never more clearly than in these COVID-19 times.

Work full-time and leave children home alone? Leave their education to the internet, when their futures depend on learning? Only privileged men talking among themselves would fail to see that fixing child care is one of the few hopes for reopening the economy.

A year since the pandemic began, I don’t see a single Canadian government that has demonstrated any understanding of these issues.

I have a vivid memory of Betty, the daughter on Father Knows Best, figuring out that if she applied for jobs as “B.” rather than Betty, she’d have a much better chance of getting an interview. 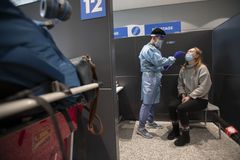 Opinion
Report on Julie Payette reveals next to nothing
Subscriber content
January 28, 2021 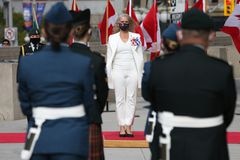 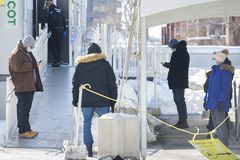