Re Vaccine Hesitancy Is A Big Threat, But We Must Approach It With Compassion (Opinion, May 8): Contributor Daniel Kalla’s approach to addressing his vaccine-hesitant patients demonstrates an understanding of human dignity that all of us can learn from. What remains concerning with vaccine hesitancy, however, is that it is often fuelled by growing mistrust in public institutions, particularly our education, health care and political systems.

In other words, it’s often not a personal-relational problem, but also a structural one. And because vaccine hesitancy poses a threat to our collective health and well-being, we should have an ethical responsibility to treat it structurally.

A good place to start would be prioritizing science and health literacy in schools and culturally diverse communities. To do this work effectively, though, schools need to be adequately equipped, and public health units need resources to maintain visible and meaningful presence within communities.

This would require public leadership and a broad social commitment. In this regard, we should be ruthlessly determined.

Re Which Canadian Companies Got COVID-19 Wage Subsidies, Then Saw Income Surge? More Than You Might Think (Report on Business, May 8): The Canada Emergency Wage Subsidy was developed in good faith to keep people employed; these companies acted in bad faith to take from the public purse what they didn’t need. How many of these companies also oppose paid sick leave for employees?

As a taxpayer ultimately on the hook for this debt financing, I am not concerned. After all, these are honourable people with integrity. I have no doubt they are working to return the money they may never have needed to the federal government.

Re Waiving Vaccine Patents Is Morally Correct, But Isn’t A Game-changer (Opinion, May 8): Beware unintended consequences. Forcing Moderna or Pfizer-BioNTech to give up intellectual property would put a terminal chill on the discovery of cures for troubling human diseases such as Zika, AIDS, cancer – even flu – that may be on the cusp of realization with mRNA technology.

The best way to get more vaccines, faster and cheaper, is for every citizen in developed countries to pay enough to get factories set up for more traditional vaccines such as AstraZeneca or Johnson & Johnson.

Moderna and Pfizer spent 10 years developing mRNA technology. They are expanding production as fast as they can. They should have help, not hindrance.

Re Patients Died From Neglect in LTC Homes (May 10): A statement from for-profit operator Responsive Group said that “none of the death certificates issued for residents cite neglect, dehydration or malnutrition as a cause of death.” That is potentially meaningless.

When my dad died in long-term care in January, his death certificate was filled out by the Revera staff nurse on duty that day. The family physician on retainer there consulted with the nurse over the phone and never personally examined my father’s body. We were later told that the physician had not been in the facility for weeks.

In the absence of a coroner’s report or any third-party oversight or assessment, why would we expect staff to write neglect, dehydration or malnutrition on any document, even if that was the actual cause of death?

We lost our relatively healthy mom earlier this year – not to COVID-19, but an infection left to fester while she faced repeated lockdowns in her seniors residence. Got a sniffle? Back to isolation.

I suggest that Doug Ford’s “iron ring” around long-term care is better described as clanging chains.

Re Report Urges Newfoundland To Hike Taxes, Curb Public Spending (May 7): It was a shocker that “the Big Reset” plan for Newfoundland and Labrador’s fiscal crisis is a hefty dollop of austerity, likely deepening inequalities so starkly revealed during the pandemic.

Aren’t we done with this approach? Hasn’t this philosophy – directly descended from Margaret Thatcher – run its race? Isn’t this a fiscal plan also one to depopulate the province?

As a taxpayer in Ontario, I favour a federal bailout. I’m less interested in forcing Newfoundlanders to show us the “strength, resilience and tenacity of the province” than I am in creating a sustainable economic and social environment for them to stay in their beloved province, and share their unique culture with Canada and the rest of the world.

We have the resources. I vote for a plan that guarantees health care, education and social services in Newfoundland are just as good as anywhere else in the country.

Re Key Allies Back Michigan In Legal Battle To Shut Line 5 (Report on Business, May 7): Also opposing continued operation of Line 5 are 12 Michigan tribal governments. According to their brief filed in federal court, the Straits of Mackinac, which the pipeline crosses, are part of territory ceded in 1836 with assurances of continued ability to hunt, fish and gather.

Re The Curious Case Of Tom Wilson Continues To Hound NHL, Critics (Sports, May 5): The rules that govern hockey effectively handcuff its gatekeepers and sheriffs. There should be a greater appreciation of a player’s history in dispensing punishment. This could give rise to an equivalent of what is known in criminal law as a dangerous-offender designation.

Tom Wilson has been suspended five times already. Repeat offenders are given multiple chances. No player in the history of the National Hockey League has ever been permanently expelled. Yet it would be proper for such a player to be on the receiving end of an indefinite suspension.

To be fair, hockey has made tremendous headway in lessening the incidence of concussions and reducing fighting through rule changes and increased sanctions.

But the NHL and the NHL Players Association should do the right thing and get recidivists such as Mr. Wilson out of the game. 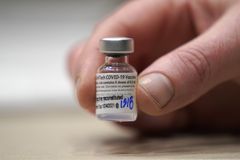 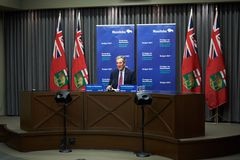 As COVID-19 rates in oil sands spike, companies step up protective measures
May 11, 2021 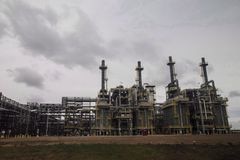