Are we in conflict?

Re ‘I Was Not In A Position Of Conflict Of Interest’: Trudeau (July 31): When the government decided in favour of WE Charity, many saw the now-cancelled contract as quid pro quo for paying relatives of the Prime Minister and paying travel expenses for the Finance Minister’s family. But if the government had refused to approve WE, the decision would have harmed those it sought to help.

That is the nature of conflicts: damned if you do, damned if you don’t. However, there is nothing unethical about being in a conflict, so long as one avoids any involvement in the matter.

Politicians, corporate executives and judges may all find themselves exposed to conflicts of interest, especially if they lead active lives in the community outside the scope of their employment. If they are too active outside their work, they may accumulate so many conflicts that they can no longer do their day jobs.

This is why there would have been nothing wrong with refusing to get on stage with the Kielburgers at WE events. Shielding one’s self from adulation and publicity may actually permit one to do his job, while accepting them may make it impossible.

Politics is not a game of baseball! Though partisanship is good political theatre.

The Prime Minister and Finance Minister have admitted their mistakes. Meanwhile, we are in the worst economic crisis since the Great Depression. So many are hurting. Let us focus on the big national issues of the day and move on.

Re Throwing The Book At Libraries (Opinion, July 25): I was disappointed to read Kenneth Whyte’s contribution. I believe the point that he was trying to make, that libraries are a net harm to literature, is actually that libraries are a threat to the commerce of books. It felt tone-deaf. Read the room: This felt like privilege incarnate.

What’s the best possible accelerant of culture? Access. Everyone should have access to books with unfettered freedom. Not everyone can afford a $45 hardcover book. Let’s thank all our stars for public libraries for removing this barrier, not blame them for a sector’s viability.

Canadian publishers recognize that libraries are an important part of the reading ecosystem and a primary channel for book discovery, particularly in communities that are not well-served by bookstores.

Library sales are also an important part of the publishing business model, which benefits from a mix of revenue streams and promotional channels. Readers are best served when libraries purchase and promote a diversity of material, including books by local authors published by independent Canadian presses.

Increased investment in and attention to these efforts are critical to building a strong reading and literary culture. Publishers and librarians are well-poised to pursue these shared goals in partnership, to the benefit of readers, writers and local communities.

The premise that libraries contribute to the decline of literature reminds me of the burning of the Library of Alexandria during Caesar’s attack on the ancient city. To this day, libraries remain publicly accessible centres for knowledge. They are not Bezos-ian in their objectives; they do not aim to overwhelm consumers and solidify market share like Amazon.

Libraries have had to adapt and grow during turbulent times. Publishing houses have, too. Readers and authors have need of both organizations. To pit one against the other feels unhelpful to everyone.

To accuse libraries of “bullying” publishers seems laughable. Against odds, they have developed their services and offerings (power tools!) to respond to the needs of communities in imaginative and progressive ways. That they also circulate a book until the spine falls apart should not be condemned as an act against literature.

Before Kenneth Whyte storms the gates of libraries, perhaps he should check to see if they’re unlocked, and wide open, instead.

As a former director of services in the charitable health sector, I lost count of how many times I heard private-sector business consultants tell us to not rely on outside help such as government funding for revenue, and start thinking like a business.

I wish I could be in the room when a non-profit consultant bestows that same advice upon a group of for-profit publishing executives.

Having recently received royalties of $2.39 on the sale of 10 e-books, I can sympathize with Kenneth Whyte’s lament for poorly paid authors. The publishing industry certainly fares better when people buy books, rather than getting them free from the library.

However, his calculations don’t take into account the environmental costs of printing all those (unfortunately) usually single-use copies. Libraries reduce, reuse and recycle! I don’t know how we can keep a healthy balance between bookstores, libraries and authors, but perhaps his suggestion of a modest library user’s fee would be a good start.

Many years ago, when my first novel was published, my enthusiasm at achieving a lifelong goal was rampant enough for me to share the news with a well-to-do neighbour. Their expansive home boasted a swimming pool, and they commuted to and from their Muskoka cottage in a Mercedes-Benz – the usual upper-middle-class trappings.

After congratulating me, she asked the title of my book. I told her, noting it was a mystery novel.

“Oh, I love mysteries!” she said, and I added that it was available at a local bookstore.

She waved the idea away, saying, “I’ll wait until I can get it at the library.”

Thanks to Kenneth Whyte for broaching a subject responsible for much teeth-grinding among scribblers and sellers. They’ll wait until they can get it at the library. Indeed.

Who does Kenneth Whyte think bought his 2017 book about Herbert Hoover, a 750-page tome retailing for $45? Libraries! There are no bigger supporters of writing and writers than libraries and library workers.

Kenneth Whyte’s opinion reminds me of the wry comment my father-in-law, the historian J.M.S. Careless, made at my engagement party many years ago.

A well-read friend of my parents told him that she had read many library copies of his books. He smiled and said, “You don’t have to read them; just buy them.” 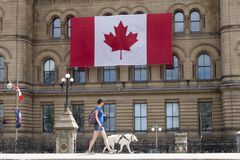 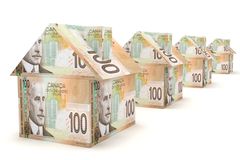