In this fortnight of all things Olympics and Rio, consider for a moment what each of those terms signifies for Quebeckers. Forty years after the 1976 Montreal Games, the Régie des installations Olympiques (RIO) is still sucking up taxpayer dollars to preserve the ruins left behind.

Montrealers can only look upon the Olympic Stadium (which alone cost about $4-billion in today's dollars) the way modern-day Romans see the Colosseum. It remains an awe-inspiring testimony to a headier time, when an entire civilization dared to dream big, but now serves no practical purpose and costs a fortune to maintain. At least the Romans once had an empire to pay for it all.

Montreal's official Olympic debt took 30 years (and billions of heavily taxed cigarettes) to extinguish, but Quebeckers have not stopped paying for those Summer Games. The provincial government provides an annual $17-million subsidy to the RIO, the body that maintains the stadium and adjacent infrastructure. Le Stade still needs $300-million worth of repairs, on top of a new roof, to ensure its structural integrity.

The stadium can't be used at all in the winter lest snow accumulation exacerbate tears in the fibreglass roof – more than 6,000 have been identified – and subject spectators to serious injury. Not that there's much demand in the spring or summer either, outside a couple of Toronto Blue Jays games, the odd Montreal Impact soccer match and an occasional concert.

The 56,000-seat stadium, which can be reconfigured to hold 20,000 more, typically sees about 300,000 spectators a year. Much smaller North American stadiums and arenas do that in a month or less. No professional sports team would ever consider it for a permanent home.

The Big Owe was and is a big mistake. The only thing preventing the government from tearing it down is, like so much in Quebec, inertia. That and the fear of reigniting the whole bitter Olympics debate that consumed the province in the years preceding, and especially following, those two glorious weeks in July, 1976. Looking back at the chaos surrounding the Games – which were plagued by labour strife, delays and cost overruns and corruption, and which led to a damning public inquiry – it's hard not to conclude that Quebec has since become a much more peaceful, if somewhat boring, place.

Roger Taillibert, the now 90-year-old French architect who designed the stadium and adjacent Velodrome, still stands by his oeuvre. On a recent trip to Montreal to visit an exhibit commemorating the 40th anniversary of the games, he railed against the Velodrome's conversion into a biodiversity museum called the Biodôme, which he dismissed as "a home for penguins and parrots."

Mr. Taillibert designed eye-grabbing, if other-worldly, structures that remain among Montreal's most famous landmarks. That's partly because the Olympics fiasco so traumatized the city and province that nothing on a remotely similar scale has been built, much less contemplated, since then. "Think cheap" has been the city's post-1976 motto, and it shows.

The late Montreal mayor Jean Drapeau, who hired Mr. Taillibert but lost control of the Games after then-premier Robert Bourassa intervened, called the stadium a "modern cathedral, similar not to traditional naves such as those of St. Pius X in Lourdes, but rather to an immense and fantastic flying saucer anchored to a space ship, waiting to evaporate into space."

If only the thing would just evaporate. A 2009 consultant's report obtained last year by Le Journal de Montréal estimated it would cost $700-million and take five years to tear down the stadium. Blowing it up is out of the question, the report noted, since that would generate a cloud of "concrete dust, silica, asbestos and heavy metals" similar to that which covered Manhattan when the World Trade Center towers collapsed. The only option – not that anyone in the Quebec government wants to go there – is dismantling the stadium piece-by-piece, "like a Meccano set."

Quebec's giant Desjardins financial co-op recently announced that, in 2018, it will move its call-centre employees into offices in the stadium's 45-degree mast, which the RIO bills as the world's tallest inclined tower at 165 metres. The tower has been empty since its 1986 completion, a decade after the Games. But the Desjardins lease, and $43-million government loan extended to refurbish the tower, seem more like a face-saving move than the first steps toward a new vocation for the Big O.

The stadium itself seems destined to slowly erode away, concrete slab by concrete slab, noticed only by the awestruck tourists who wonder how and why it was ever built. 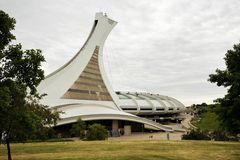 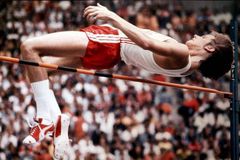