I love Paris in springtime. But late autumn also has its pleasures, so I understand why many Canadian politicians are sending themselves to Paris for the UN conference on climate change in early December. And seeing them in the news is sure to evoke warm notions of our tax dollars at work.

But having followed these annual climate conferences for 20 years, I note that no conference has succeeded. Getting 200 national leaders to agree on what each country should pay to reduce greenhouse gases is impossible. And swelling this unmanageable total with provincial and municipal politicians will simply increase the noise level, as thousands of politicians compete for media attention.

We got closest to a global agreement in 2009 at Copenhagen. When President Barack Obama arrived, he deftly avoided the huge plenary, closeting himself in a hotel room with the leaders of China, India, Brazil and South Africa. Even that failed, but he knew it was a better bet than open negotiations with 200 countries. Which is why last November he negotiated a bilateral climate deal with China well in advance of the Paris meeting.

Let's hope that something good will come from Paris. But the presence of Canadian and other politicians will not be the cause. Some argue that Justin Trudeau must go to Paris to explain how Canada will atone for the lost decade of Stephen Harper. Certainly, a brief appearance is advisable. But Mr. Trudeau won't have to convince others of change in Canada; not being Mr. Harper would be enough.

Mr. Trudeau could instead convene a national climate summit in Quebec City, say, to coincide with the Paris meeting. The Quebec capital isn't Paris, but politicians could sample Canadian wine along with local cuisine. And spending tax dollars at home instead of in France would launch the stimulus spending Mr. Trudeau has promised.

More importantly, on the actual climate issue, Mr. Trudeau could showcase Quebec's cap-and-trade policy, which prices carbon dioxide by allocating tradable permits that in total equal the province's emissions cap. A gradually rising minimum price for traded permits ensures that polluting would become progressively more expensive. Quebec's policy is integrated with California's, and Ontario expects to join soon. When it does, more than 60 per cent of Canadians will have an effective climate policy in which emission reductions can be accelerated by lowering the emissions cap more quickly, albeit not so quickly as to wreck the economy.

At the "Quebec climate summit," Mr. Trudeau could urge other provinces to join this cap-and-trade system. This should be fairly easy for Atlantic Canada and Manitoba, whose economies are not that carbon-intensive. As an oil producer, Newfoundland may need initial help.

The three Western provinces present a bigger but not insurmountable challenge. British Columbia's carbon tax, at $30 per tonne of carbon dioxide, is double the current Quebec-California permit price. But these divergent prices could be aligned during a transitional period.

With their emissions-intensive, trade-exposed economies, Alberta and Saskatchewan present the biggest challenge. Alberta is trying to develop a climate policy that prices emissions in the Quebec-B.C. range, without causing unneeded harm to its oil and gas sector. Its unique cap-and-trade system could be modified to match the Quebec system. Policy must include gradual emissions reductions and transitional assistance to the most vulnerable sectors, whether in Alberta or Saskatchewan.

In a country and a world serious about the climate, projections of dramatic oil sands growth and multiple new oil pipelines must be downgraded. Why triple or quadruple oil sands activity when the climate threat requires global oil output to drop?

Mr. Trudeau is hoping for voluntary agreement by the provinces to develop a fair and efficient national scheme, but he must also learn from the failure of international negotiations. He won't succeed without a mix of carrots and sticks. The stick? Threaten to unilaterally impose a national system on laggard provinces. The carrot? Perhaps a trip to Paris next spring for co-operative politicians. 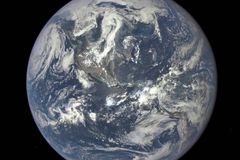 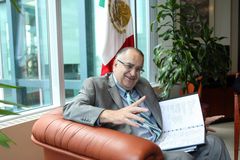