How many contradictions and hypocrisies can the Liberals engage in before the people start to notice? The reversals have been coming off the conveyor with regularity, raising questions about how good the word of this government is. A few examples:

In opposition, Liberals objected to how low the Conservatives were setting climate-change targets. On the weekend, Environment Minister Catherine McKenna said the target for her government would be the same as the Tory goal.

In opposition, Liberals made a big deal about closed, secret governance. When former fisheries minister Hunter Tootoo was relieved of his duties, the Liberals refused to explain why.

Analysis: Parliament is back, and the Liberals have some big decisions to make

Read more: Which Liberal pledges does the budget keep or break?

In opposition, Liberals were alarmed by abuse of entitlements by Conservative lawmakers. In recent months, two Liberal ministers were criticized for waste of taxpayer money (one for limousine charges, another for photos of herself).

In opposition, Justin Trudeau condemned the Harper gang for refusing to implement the United Nations Declaration on the Rights of Indigenous Peoples. Now, his government refuses to implement it. His Liberals vowed to restore pensions for wounded veterans. They haven't been restored. His party was opposed to the arms sale to Saudi Arabia. It has now approved the sale.

Does our emperor, no fan of shirts, have any other clothes?

If the high-flying Liberals are feeling any collywobbles about how all this looks, it doesn't show. Much of the unsavoury stuff is being crowded out by the magazine-cover Prime Minister, who dominates the news cycle almost daily. He exudes good will, so much a counter to a predecessor who took partisanship to an irrational extreme.

While acknowledging some individual blunders and problems with transparency, the Liberals contend that any comparison with the previous government on style or content is just hogwash.

The Trudeauites have a meagre legislative record (only 10 bills passed so far), but it will soon be shown, they say, that they are not about gradualism. While they have stuck with some Harper handiwork, the contrast in policy direction, they can credibly maintain, is pronounced.

On foreign policy, the Liberals have already refashioned relations with the United States, with the UN, with China. While other governments wallow in regressive identity politics, the international press salutes Canada as a beacon for openness and diversity.

On climate change, Ms. McKenna, who is about to issue a carbon pricing plan, is correct in saying the Tories did next to nothing. Her Liberals will give one pipeline (very likely Kinder Morgan's Trans Mountain) the go-ahead.

On the economy, the Liberals advise patience as they dole out great wads for infrastructure spending. During the global financial crisis, they and the New Democrats made the Harperites bring in a major stimulus package. It helped then and the Liberals maintain that today's deficit-inducing stimulus, as opposed to more cutting, will do the same.

They make some valid points but it doesn't excuse a lot of the reversals we've seen in less than a year in power. The public trust is important. More of the same and they risk losing it. 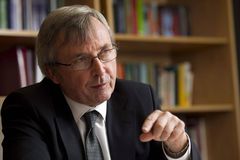 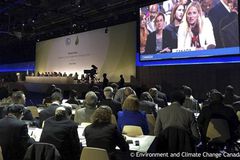 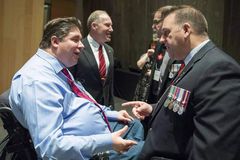