Imagine a scenario where a Chinese official comes to Canada and hires a private investigator to track down a Chinese expat accused by Beijing of crimes against the state. A few days later, a threatening note is taped to the expat’s door. His father shows up, accompanied by Chinese officials, as a warning that the fugitive should return home to serve their sentence.

Something like that happened recently in the United States, according to a complaint filed by the U.S. Attorney for the Eastern District of New York. And eight people have been charged.

In this country, the Canadian Security Intelligence Service has just warned such things might happen here. But if they did, chances are, no one would face charges.

So a few things should be done.

The first is to establish much greater transparency about the people in Canada who are working on behalf of foreign interests. The second is a law that signals it is not acceptable to secretly do the bidding of a foreign government in Canada.

The need for the second part has been raised by that U.S. case. U.S. prosecutors say it stemmed from Beijing’s Operation Fox Hunt, in which the Chinese coerce fugitives to return to serve their time. Let’s remember, at this point, that given China’s legal system, a corruption case might be about corruption, or it might be motivated by politics.

The FBI alleged Chinese officials travelled to the U.S. and worked with people in the U.S. to help them track down a fugitive, including through hiring a New Jersey private investigator, Michael McMahon, and then issued dark warnings about what might happen to relatives.

In Canada, there is no such law. If the RCMP investigated such a case, they’d have to try to lay charges under the espionage law, the Security of Information Act, which requires proving that they threatened someone in Canada and that the coercion would harm Canadian interests.

Richard Fadden, the former director of CSIS, said it might be hard to show that coercing an individual harms Canada’s national interests, and authorities would still have to prove threats were made, perhaps with reluctant witnesses. The burden is lower with the U.S. law.

David Mulroney, a former ambassador to China, said he thinks Canada should have something similar. We don’t want Chinese police or officials trying to impose their power over people in Canada, he said. Both he and Mr. Fadden noted that other countries have been accused of trying to intimidate or influence diasporas abroad. “There is absolutely more of it,” Mr. Fadden said.

This is a growth area: foreign governments trying to exert influence beyond their borders. A lot of it is benign, some of it is laudable, but a portion of it is interference. That’s why more transparency is needed, so Canadians know when people in their own country are working on behalf of foreign interests. Like the U.S. and Australia, Canada should have a registry of foreign agents.

The oldest system, under the U.S. Foreign Agents Registration Act, is full of flaws, but it has an overriding virtue, in the eyes of Ben Freeman, director of the Foreign Influence Transparency Initiative at the Center of International Policy in Washington: It doesn’t regulate what foreign agents say, it only discloses whom they work for.

The U.S. law, first created in 1938 out of a fear of Nazi propaganda, is too broad, Mr. Freeman said. It requires registration for anyone doing non-commercial activities, notably political activities, at the request of a “foreign principal,” which can even be an individual, Mr. Freeman said. And he argued the U.S. needs more transparency, such as disclosure of foreign donations to think tanks.

But a better version can be built, he argued. And that’s what Canada should do. It won’t stop foreign efforts to affect or influence people in Canada, but it would tell us a little about who is doing it, and for whom. 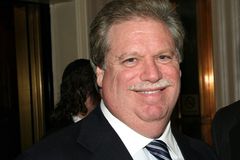 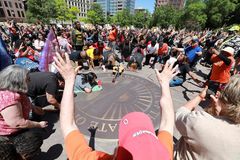