Environmental activist Steven Guilbeault is planning to run for the Liberals in the next federal election, even though he still opposes the federal government’s decision to reapprove the Trans Mountain Pipeline expansion project.

Star candidates rarely disavow key policies of their new parties, but Mr. Guilbeault said he simply cannot support a project that stands to increase greenhouse-gas emissions in Canada. Still, he said, he is willing to defend the rest of the government’s record and contribute to a stronger Liberal platform on the environment in the next election.

While his candidacy has been the subject of rumours for months, Mr. Guilbeault will officially announce on Friday that he will seek the Liberal nomination in the Montreal riding of Laurier-Sainte-Marie.

In an interview with The Globe and Mail ahead of the announcement, he said he clearly laid out his opposition to Trans Mountain when he started talking about a potential candidacy with Prime Minister Justin Trudeau and his team.

“I told them they couldn’t ask me to change my mind and help them with this project. Given my background and career, it wouldn’t be good for them because I would lose all credibility, and without my credibility, I can’t help them,” Mr. Guilbeault said. “They accepted.”

The 49-year-old environmentalist said that overall, the Liberal government has had a strong record on environmental issues since 2015 and can do even more if it wins a second mandate on Oct. 21. In particular, he wants the government to speed up Canada’s transition to renewable sources of energy, including through the greater use of electric vehicles.

“I am joining the party because I agree with a bunch of other things that they have done, and because I hope to work with them to do more, and do it more quickly,” he said.

Catherine Potvin, a professor of biology at McGill University and an expert on climate change, said she respects Mr. Guilbeault and values his integrity. She added, however, that the pipeline project will make it harder for him to defend the Liberal record on the environment, despite the government’s successes on other fronts.

“I wonder how Steven will find the way to navigate through all of this,” she said.

Patrick Bonin of Greenpeace Canada said he hopes that Mr. Guilbeault will get the Liberals to commit to a strong environmental platform that sets more ambitious targets on the reduction of greenhouse-gas emissions.

“Mr. Guilbeault has to put science at the heart of environmental decisions and ensure that economic development respects the scientific consensus and the country’s international obligations,” he said.

The NDP was quick to condemn the “incoherence” of Mr. Guilbeault’s decision to run for the Liberal Party despite his opposition to Trans Mountain, as well as his decision to run in a riding that is currently in the hands of the NDP.

“If his goal is to beat the Conservatives, why doesn’t he run against a Conservative?” said NDP MP Alexandre Boulerice.

Mr. Guilbeault lives in the riding in which he is planning on running. The current MP for Laurier-Sainte-Marie, Hélène Laverdière of the NDP, is retiring.

Mr. Guilbeault explained his decision to run for the Liberals by saying the election of a Conservative government would be a step backward for the environmental fight in Canada.

“I don’t see what the Green Party or the NDP can do to stop the election of a Conservative government,” he said. 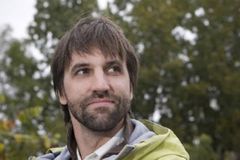 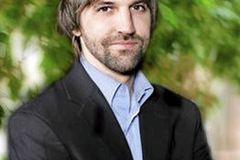