The Conservative Party of Canada will officially stay neutral in the upcoming Quebec election, but is finding it has a lot in common with the centre-right party that is currently the favourite to form the next government of the province.

A few days before Thursday’s official campaign launch, and weeks out from the Oct. 1 election, the Coalition Avenir Québec (CAQ) is leading in the polls with a nationalist agenda and plans for revamped relations with the rest of Canada. In particular, the CAQ is calling for new powers in the fields of immigration and culture, as well as greater say over infrastructure spending in the province.

The Conservative Party, under the leadership of Andrew Scheer, has picked up on a number of the CAQ’s proposals to tailor the platform it will present to Quebec voters in the 2019 federal election. It seems there would be a natural alliance to be formed between the CAQ and the CPC on a number of issues.

Quebec politics are inherently different than those in other provinces. There is no official link between the Liberal Party of Canada and the Quebec Liberal Party, and the provincial versions of the Conservative Party or NDP are not well entrenched in the province. The provincial Parti Québécois and the federal Bloc Québécois have long operated in sync, but the Bloc is facing another existential crisis and the PQ has underperformed in recent polls.

The CAQ, meanwhile, is a relatively new party that has attracted key players from a variety of political backgrounds, including the Bloc, Liberal and Conservative parties. After finishing in third place in the 2014 Quebec election, the CAQ is heading into the October election leading in the polls, with a particular strength among the francophone electorate.

A former Parti Québécois minister and sovereigntist, CAQ Leader François Legault now wants to govern Quebec within the federal framework, albeit with a nationalist agenda. The party will not hold a third referendum on sovereignty, but will try to win new powers from the federal government.

“We have a pragmatic and step-by-step approach. We want Quebec to make gains,” CAQ MNA Simon Jolin-Barrette said in an interview. “If, on Oct. 1, Quebeckers support the CAQ’s nationalist project, it will send a very clear message to Ottawa that they want greater autonomy and power inside the Canadian federation.”

There is an obvious connection between the CAQ’s key demands and the positions adopted by the federal Conservative Party as part of its Quebec strategy. Under Mr. Scheer, the Conservative Party would negotiate a deal under which the Quebec revenue agency would oversee the collection of federal income taxes in the province, and would be open to transferring more power to the province in the cultural sector.

“The provincial election will give us a clear sense of what is our potential electorate,” Mr. Rayes said in an interview.

The Liberal Party of Canada will officially be neutral in the October election. Some Liberal MPs may campaign with their provincial counterparts, but Liberal ministers and Prime Minister Justin Trudeau are expected to sit on the sidelines.

“The citizens of the riding will make their choice. For my part, I am willing to work with anybody,” federal Infrastructure Minister François-Philippe Champagne, who represents a riding in Quebec, told reporters this summer.

For the NDP, the race offers an opportunity for progressive voters in Quebec to express their views regardless of their constitutional position.

“It’s the first election in a long time in which the main debate will not pit federalists against sovereigntists,” said NDP MP Guy Caron, who will be neutral in the election. “It will be interesting to see how Quebeckers react to a debate between the left and the right, between progressives and conservatives.” 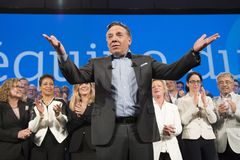 Opinion
As Ontario erupts and the West vents, Quebec is all zen
August 10, 2018 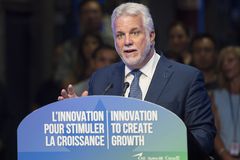