For the NDP, now is a good time for a wedge issue. And that’s one reason why Jagmeet Singh has started talking about taxing excess profits, and taxing wealth.

The NDP is working with Prime Minister Justin Trudeau’s Liberals in a minority Parliament. The Liberal agenda that includes, at least nominally, traditional NDP planks such as pharmacare and child care programs, as well as the pandemic, has already brought expanded income supports. Some might wonder where the line between Liberals and New Democrats is now drawn.

Last week, Mr. Singh showed us. The NDP Leader sought to revive an issue that increasingly marks the divide between more centrist liberals and social democrats and, in Canada, between the Liberals and the NDP: wealth taxes.

Mr. Singh proposed a new tax on “excess profits” reaped by corporations during the COVID-19 pandemic. It was so fuzzy on details it was little more than a notion, but Mr. Singh was really putting a new pandemic spin on the party’s call for wealth taxes in various forms.

The NDP Leader argued such taxes not only make the tax system fairer, they will also pay for the costs of pandemic spending and government programs. “The ultrawealthy should be the ones that pay for this pandemic,” he said at a news conference.

As a money raiser, wealth taxes don’t quite live up to that hype: The NDP’s tax proposals would bring in billions, but not tens of billions, and nothing like the sums needed to cover this year’s $343-billion deficit.

Yet the other justification – fairness – has the potential to be a political winner for the NDP. Tax fairness is in the eye of the beholder, and a sizable portion of Canadians feel something is unjust.

The NDP knows that from experience. In the 2015 election campaign, the NDP, vying for power, was reluctant to advocate raising personal taxes for fear it would reinforce its tax-and-spend reputation. Mr. Trudeau’s third-party Liberals ran on taxing the 1 per cent of high-income earners – and won.

In the Democratic presidential primaries in the United States, wealth taxes marked a key distinction between the party’s left, represented by Elizabeth Warren and Bernie Sanders, and moderates such as Joe Biden.

The excess profits tax that Mr. Singh proposed last week revived an idea adopted in the Second World War, ostensibly to curb war profiteers, in a period when sacrifice was an accepted duty. But even if you like the concept, the work of defining excess profits and detailing it in the tax code is probably too complicated for a short-term measure, Robin Boadway, an emeritus professor of economics from Queen’s University in Kingston, said in an interview.

There’s another NDP proposal, taxing web giants, that is, in concept at least, an absolute necessity. If countries can’t tax companies that earn money in their jurisdictions but are located elsewhere, they will see their tax base disappear in the internet age. The Liberals keep promising to address it, but they have been loath to follow countries such as France in adopting a national tax, knowing it could spark conflict with the Trump administration, insisting they must instead work for an international agreement.

But it’s the simpler, attention-catching proposal of taxing the rich here that is really the wedge issue. Mr. Trudeau knows it. His government’s Throne Speech promised to find ways to “tax extreme wealth inequality” but suggested it would do so by limiting stock option deductions. In the 2019 election campaign, the NDP proposed something simpler – a 1-per-cent tax on wealth over $20-million.

Prof. Boadway argues that a better way to tax wealth is to raise the inclusion rate of capital gains, now at 50 per cent. In fact, the NDP is promising to do both.

Those ideas are controversial. The biggest knocks against wealth taxes is that they encourage the flight of capital and tax avoidance, and they shrink incentives for investment. The Parliamentary Budget Officer costed the 1-per-cent tax proposal and estimated it would raise $5.6-billion in the current fiscal year, but also that each family’s net worth would shrink by 35 per cent in a vast expansion of avoidance behaviour.

And take a look at that sum again – $5.6-billion. Enough to pay a big chunk of a new pharmacare program, perhaps, but still a small portion of the government’s annual expenses, which were more than $350-billlion a year even before the pandemic.

A wealth tax won’t balance the budget. But it is pricking up the ears of those who think taxes are unfair. Raising it now is a good way for Mr. Singh to stake out his differences with the Liberals. 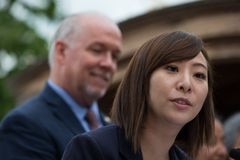 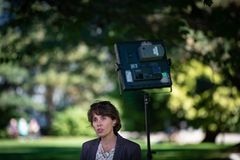 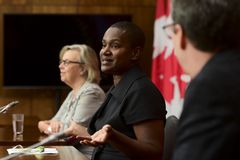 Opinion
The pandemic is no excuse for blank-cheque vote-buying
Subscriber content
October 9, 2020 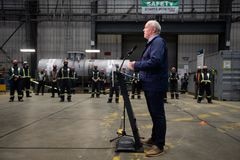