In the first week of the federal election campaign, the Liberals have spent more on advertising on Facebook and Instagram than the other four major parties combined.

Many of the Liberal ads on Facebook highlight key aspects of the party’s campaign pitches, such as “10 days paid sick leave.” The Conservative ads attack the Liberals on economic issues and for calling a snap election, or show leader Erin O’Toole working. The NDP ads prominently feature leader Jagmeet Singh.

Legislation passed in late 2018 requires online platforms to create a publicly accessible registry of all advertising paid for by political parties before an election and during a campaign. In response, Facebook established its Ad Library, a repository of spending information that allows the company to continue running political ads.

Unlike radio and television, where ads are aimed at a wide audience and viewed by many people, social-media platforms allow political parties to micro-target which segment of the population sees which ad. This means different people see different party pitches, and the Ad Library, which holds them all, provides insight into everything that’s out there. It also allows a more immediate look at ad spending while the campaign is still happening.

From Aug. 16 to Aug. 22, the Liberals spent $289,133 on advertising on Facebook and Instagram, according to the Ad Library, which is more than the combined amount for the other four major federal parties. During the same period, the Conservatives spent $145,101, the NDP spent $85,813 and the Bloc Québécois $7,781. The Green Party didn’t spend any money on Facebook and Instagram advertising during that time.

The Conservative climate plan isn’t half bad. But the Liberal plan is better

“Reaching out to more Canadians online about their ideas and priorities is a crucial way that we engage thousands of new volunteers and supporters, and keep Canada moving forward,” said Adrienne Vaupshas, a spokesperson for the Liberal Party.

Lauren McDonald, the director of digital and campaign strategy at advertising agency Creative Currency, said the Liberals’ initial heavy spending is likely to help them identify their voters.

“The Liberals are really focused on, in the early days of the campaign, finding their voters online,” she said, adding that many of their ads have a call to action for people to click on if they agree with the message. “The same way that you would knock on a door and ask for somebody’s support,” Ms. McDonald said.

The Conservative ones, she added, seem to be focused on persuading voters, since Mr. O’Toole is new to many Canadians.

These numbers are the total spent by each party’s official page on ads about social issues, elections or politics, according to the Ad Library. Ads on Facebook must indicate who is paying for them, and those that don’t are flagged by the platform and are also publicly accessible.

It was created in response to Bill C-76, the 2018 legislation that requires online platforms to create a registry for digital advertising by political parties. This bill was brought in to help mitigate the ways in which social media can be used by almost anyone to increase social divisions and manipulate voter opinions, as was the case in the 2016 U.S. presidential election.

While Facebook created the Ad Library to abide by Canada’s new rules, other social-media companies decided not to run political ads during election campaigns.

“Per Google’s existing policy, we will not accept election or issue advertising on our platforms during a federal election period regulated by the Canada Elections Act,” Molly Morgan, a spokesperson for Google Canada, said in an e-mail. “We implemented this policy following the changes put in place by Bill C-76.” 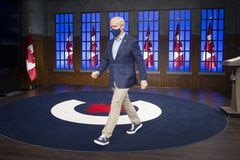 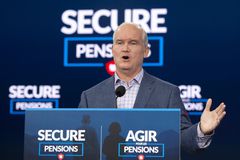 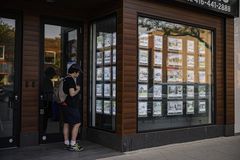