The federal government has quietly launched a series of closed-door consultations on the issue of racism, hoping to avoid heated public debates on issues such as Islamophobia and systemic racism.

“The meetings are not held in public for the simple reason that we want to be able to have in-depth discussions with experts across the country, in which the participants’ comments are not misconstrued or judged,” Pablo Rodriguez, Minister of Canadian Heritage and Multiculturalism, said in an interview on Monday.

While no news releases or media advisories were sent out, Mr. Rodriguez has already attended three invitation-only sessions in the Greater Toronto Area, with his department planning on holding a total of 22 meetings before the end of the year across Canada. Mr. Rodriguez said he wants to focus on concrete solutions to specific problems, deliberately avoiding a debate over the issue of “systemic” racism.

“That expression is not a part of my vocabulary,” he said. “Canada is not a racist society, wherever one lives.”

However, two of Mr. Rodriguez’s caucus colleagues, Liberal MPs Celina Caesar-Chavannes and Greg Fergus, have both said they believe in the existence of systemic racism in Canada. The expression is also used in the federal consultation documents, which define the term as “patterns of behaviour, policies or practices that are part of the social or administrative structures of an organization, and which create or perpetuate a position of relative disadvantage for racialized persons.”

Jasmin Zine, a professor of sociology and Muslim studies at Wilfrid Laurier University, said she is afraid the federal consultations are off to a false start in these circumstances.

“If you take out systemic racism, what is left is the idea that people don’t like each other and don’t get along on the basis of negative attitudes about people from different backgrounds. It becomes an individual problem, in other words,” she said in an interview. “So to move away from systemic racism ... takes away all issues around power, which is crucial to understanding the system of racism, and it takes away all responsibility from the state and institutions.”

However, Mr. Rodriguez said he wants the consultations to focus on specific issues such as higher unemployment and incarceration rates among members of particular communities, or access to affordable housing. In addition to the working groups, Canadian Heritage has launched a website to gather public comments on the issue of racism.

“Identity issues will always fuel passionate debates. Our goal is to get to the bottom of things without getting into a political debate. We want this to be neutral in political terms and to be done professionally,” Mr. Rodriguez said. “We are looking for facts and, most importantly, solutions.”

Mr. Rodriguez, 51, replaced Mélanie Joly as Heritage Minister in a cabinet shuffle in July. His family arrived in Canada in the 1970s when his father – a lawyer and politician – fled political persecution in Argentina.

Mr. Rodriguez said the consultations on racism will cost up to $2-million, with the funding announced in the most recent budget as part of efforts to develop a new national anti-racism strategy. Over all, the federal government awarded $23-million toward new multiculturalism programs earlier this year.

The issue of racism has fuelled heated debates in the country in recent times. There were acrimonious discussions last year over a motion in the House of Commons (M-103) to condemn Islamophobia across Canada. While the motion did not affect existing legislation, it was roundly criticized in conservative circles and media as preventing any legitimate criticism of Islam.

Consultations on the issue of racism proved controversial in Quebec last year, when the government scrapped planned meeting on “systemic racism” over an outcry among media commentators and talk-show hosts. Instead, the Quebec government rebranded the mandate of the exercise to “valuing diversity and fighting against discrimination.” 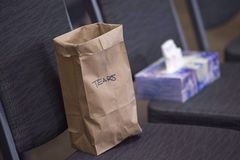 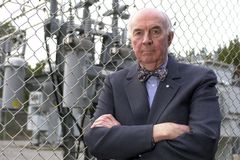 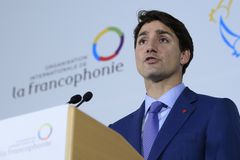