A young Saudi woman who is fleeing abuse from her family in the oil-rich and conservative Islamic kingdom has been granted asylum in Canada.

Prime Minister Justin Trudeau told reporters on Friday that that the United Nations High Commission for Refugees reached out to Canada to request that 18-year old Rahaf Mohammed al-Qunun be allowed to live in this country.

"That is something that we are pleased to do because Canada is a country that understands how important it is to stand up for human rights, to stand up for women's rights around the world," Mr. Trudeau told a news conference in Regina.

Ms. al-Qunun had escaped from her family in Kuwait last Saturday and flew to Thailand to seek asylum, saying she feared her family would kill her if she returned to Saudi Arabia, where women are considered second-class citizens.

“Canada will accept her as a refugee,” Thai immigration chief Major-General Surachate Hakparn told reporters at the Suvarnabhumi Airport in Bangkok, moments after Ms. al-Qunun boarded a Korean Air flight for Seoul on her way to Toronto. “She said that as soon as she arrives in Canada, one of the first things she wants to do is learn the language. She has determination,” Mr. Surachate said.

Though Australia had indicated it would consider a request for asylum, Canada had acted more quickly to accept the young woman, the Thai immigration chief said.

Phil Robertson from Human Rights Watch in Bangkok, who had a role in helping to get Ms. Al-Qunun safely out of Thailand, said Canada offered to immediately grant asylum to the Saudi teen – something Australia was unwilling to do.

Although Ms. al-Qunun has friends in Australia, that country’s Home Affairs Minister, Peter Dutton, said she would be processed like any other refugee claimant and there would be no special treatment.

“She needed to get out of Thailand very quickly. Her brother and father were still here [Bangkok] and these were the people she feared,” Mr. Robertson said in an interview. “The Thai government was also very keen to have her moved as quickly as possible and the feeling was also that Saudi Arabia is a very influential government and it has lot of capacity to pursue people, particularly women who could tarnish their image if allowed to remain free on an international stage.”

Her father and brother asked to see Ms. al-Qunun before her departure but she refused to meet them.

The decision to grant her asylum is likely to cause a further strain in relations with Saudi Arabia. In August, Saudi Arabia withdrew its envoy in Ottawa, expelled the Canadian ambassador, suspended Saudi state airline flights to Toronto and pulled out thousands of students and medical patients from Canada.

The diplomatic dispute began when Foreign Minister Chrystia Freeland tweeted concerns about the news that several social activists had been arrested in Saudi Arabia, including Samar Badawi, a women’s rights activist. She is the sister of imprisoned dissident blogger Raif Badawi, whose wife is a Canadian citizen and lives in Quebec.

Ms. al-Qunun was stopped at a Bangkok airport last Saturday by Thai immigration police who denied her entry and seized her passport.

She then barricaded herself in an airport hotel room and launched a social media campaign through her Twitter account that drew global attention to her case. It garnered enough public and diplomatic support to convince Thai officials to temporarily admit her under the protection of the UN High Commissioner for Refugees, which later granted her refugee status.

Ms. al-Qunun’s case has highlighted the cause of women’s rights in Saudi Arabia. Several Saudi women fleeing abuse by their families have been apprehended trying to seek asylum abroad in recent years and returned home.

On Friday in a statement, the United Nations High Commissioner for Refugees welcomed the Trudeau government’s “quick” decision to grant asylum to Ms. al-Qunun, and provide a “long-term solution” for her in Canada as a resettled refugee.

Australia says no timeline to decide case of Saudi teen who fled to Thailand to escape family
Subscriber content
January 10, 2019 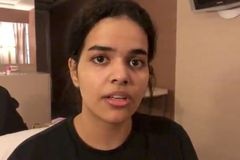 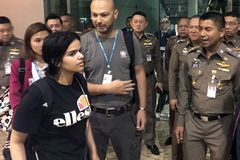 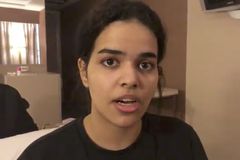