Conservative Leader Andrew Scheer is calling for the government to face greater parliamentary scrutiny of its decisions in response to the COVID-19 pandemic.

Speaking in Regina on Friday, the Official Opposition Leader said the daily pattern of news conferences by Prime Minister Justin Trudeau and his cabinet ministers should include a role for opposition MPs.

“The government has said that this pandemic requires a Team Canada approach. Of course, the Conservative Party is ready to be part of that. But taking a Team Canada approach does not mean no tough questions or oversight. In fact, the opposite is true. Rigorous scrutiny and accountability ensures that the right decisions are made on behalf of Canadians,” Mr. Scheer said.

The Conservative Party laid out its priorities ahead of Parliament’s expected return next week, which is required for the government to pass new legislation to enact its recently announced wage subsidy for employees affected by the pandemic. The program would give employers funds to cover 75 per cent of each employee’s wage costs for up to $58,700, or $847 a week.

Mr. Scheer said greater parliamentary scrutiny could take several possible forms, including a small number of MPs meeting in the House of Commons or committee meetings via video-conferencing.

Mr. Scheer said he is also asking the government to rescind the recent increase in the federal carbon tax, and to allow businesses to keep the federal sales tax they have collected from customers in recent months.

The government will likely seek unanimous support in Parliament to pass its legislation quickly. Mr. Scheer declined to portray his policy requests as absolute demands.

“We believe the government must allow small businesses to keep the GST they have collected over the past few months. This will allow for an immediate cash infusion to allow small and medium-sized businesses to survive this downturn, and to ensure that there are jobs for people to go back to,” he said. “The wage subsidy is taking weeks to roll out. And companies have to pay the wages up front. Many of them have experienced a catastrophic drop in revenue, so allowing them to keep the GST that has already been collected is quick and easy and provides an immediate solution.”

As for the wage subsidy bill, Ms. Blaney said the NDP shares the concerns that businesses have expressed about the proposed conditions for the subsidy.

“We need to make this as accessible as possible,” she said Friday in an interview. She is also urging the government to do a better job of consulting the opposition before finalizing new legislation.

“Even though there is an urgency, we also have to get it right,” she said.

Many business groups have objected to the requirement that employers must show a 30-per-cent decline in revenue in order to qualify for the payments.

Government House Leader Pablo Rodriguez is responsible for working with opposition parties to get legislation approved. His spokesman, Simon Ross, said Canadians expect political parties to work together to approve the emergency support programs for Canadians.

“We thank the opposition for their collaboration and will continue working with them so that Canadians can get the support they need as fast as possible,” he said. 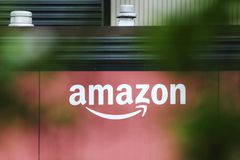 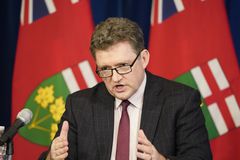 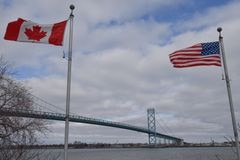