The most senior and powerful political staff in Justin Trudeau’s government don’t reflect the diversity of Canada, or meet the same representation requirements that the Prime Minister set for his cabinet.

Since the Liberals formed government in 2015, Mr. Trudeau has made diversity a cornerstone of his political brand. When he unveiled his first cabinet, he declared it one that “looks like Canada.” More than four years into government, the senior staff working for those ministers are still predominantly white and male.

A Globe and Mail analysis shows that of the 37 chiefs of staff, 14 of them are women compared with 23 men, and only four of them are racial minorities.

That compares with 18 out of 37 cabinet ministers who are women and seven who are racial minorities.

Most of the research around diversity in politics focuses on elected representatives rather than their staff, but University of Calgary PhD student Meagan Cloutier collected data on the people working in MPs’ offices, which show that while there are overall more women, they tend to hold the less prestigious positions.

Ms. Cloutier said the limited diversity among the Liberal government’s chiefs of staff is reflective of a trend researchers have dubbed “the higher, the fewer.” The more prestigious and prominent a position is, the fewer women and people of colour are the ones given those roles, she said.

In response to the data, the Prime Minister’s Office said its aim is to identify “high-quality candidates who will help to achieve gender parity and truly reflect Canada’s diversity.”

Hiring and promoting diverse people is a priority, Mr. Trudeau’s spokesperson Matt Pascuzzo said, adding “there are concerted efforts” made to do so.

But for Omer Aziz, who worked as a political staffer in the Liberal government in 2017, the data show nothing has changed. In an interview, Mr. Aziz, the author of the forthcoming book Brown Boy: A Story of Race, Religion, and Inheritance, said he used to track how many people of colour he saw in meetings but eventually stopped because he was often the only one.

He said the government should be run by a more diverse political staff, not just because it’s good policy but also because it would help avoid missteps. Mr. Aziz said he believes incidents such as the Prime Minister’s controversial trip to India would never have happened if more people of colour were making decisions behind the scenes.

Mr. Aziz left the government, he said, because of the racism and tokenization he experienced, for example being assigned files specific to people of colour, instead of getting assignments based on his expertise.

During the election, Mr. Trudeau acknowledged that he wore blackface an undisclosed number of times before entering politics.

However, the government did not provide comparable data on all political staff. When asked for that information, Mr. Pascuzzo responded with a link to the government’s staff directory.

In a December interview on CBC’s Power and Politics with Vassy Kapelos, Mr. Trudeau repeatedly said there is “more to do” when it comes to diversity in his government.

University of Calgary associate professor Melanee Thomas said it’s clear more is needed, but also noted that it’s incumbent on decision-makers to say what that work is and implement it.

“When that phrase is accompanied by nothing that shows what work is being done or planned, then it seems like a dodge,” Prof. Thomas said.

Trudeau calls caring for others ‘one of the greatest holiday traditions’ in annual Christmas message
December 24, 2019 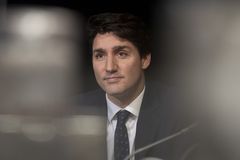 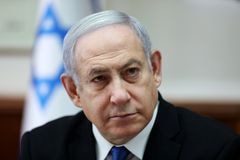 Trudeau vows to step back from limelight in second mandate
December 20, 2019