The picture window in Leah Fuller and David Sebald’s living room frames what, at a glance, appears to be one big tree. But the swirl of twisting branches actually comes from two separate trunks. The closest to the windows is a pear tree. The other, just behind, is for apples. (Every fall, a charity called Not Far From the Tree picks the fruit, giving some to Ms. Fuller and Mr. Sebald and some to food banks, community kitchens and local health centres.)

The way the pair of plants blend is an apt metaphor for Ms. Fuller and Mr. Sebald’s home as a whole. The front and back halves of the house were built over a century apart. The street-facing section is Victorian circa 1880 and the rest is modern circa not long before COVID-19 – yet the two sections come together seamlessly.

When the couple bought their house 11 years ago, they were attracted by the location – near Toronto’s popular Wychwood Park – and the sense of history. Their place was originally a farmhouse, surrounded by what used to be crop fields. Some of the original details remained, such as the turned wood railings that march up the front hall staircase.

What they enjoyed less: some of the common issues in very old homes.

The living room, stuck in the middle of the ground floor, had no windows. The kitchen, at the back, was almost as dark – and its walls were made of a thin layer of poorly insulated brick. Sometimes, in the middle of deepest, frostiest winter, the pipes would freeze. “We had to shut off the water when the temperatures got too cold,” says Ms. Fuller, a teacher. The same wall was also bulging into the nearby laneway, so much so that they were afraid that a car might get too close and crash into the side of the house.

And when the couple started to think about having children and wanting an extra bedroom upstairs, they originally contemplated moving.

But “two things stopped us,” says Mr. Sebald, who works in food services. “Buying something in our neighbourhood had become prohibitively expensive. And we had really fallen in love with our neighbours. Good neighbours are priceless. We’ve said to them several times: If you move, we move.”

Instead of selling and upsizing, the couple decided to stay put and renovate with an extension on the back. To handle the overhaul, they hired Barbora Vokac-Taylor, a high-school friend of Mr. Sebald and a designer with a skill for balancing sometimes contradictory things. Her houses can all at once be minimal yet warm, white walled yet family friendly, modern and Victorian. “Barbora makes amazing things happen,” Ms. Fuller says.

“We put a modern, black-clad addition on the back of the home to extend the space,” Ms. Vokac-Taylor says. “But the roofline is peaked. It not only fits in with the front of the house, it works with the neighbourhood as a whole.” (The area is eclectic, with both new and old homes including some with pre-Victorian roots. In fact, there is a neighbouring ultraquaint cottage that dates back to 1835. It was originally used to collect tolls from farmers as they traversed what was once a privately owned thoroughfare that is now a major artery in Toronto, Davenport Road.)

Part of the design process involved determining what aspects of the house to keep and what aspects to remake. The front hall, the formal dining area and the original stairs all stayed. The once-windowless living room was relocated to the back of the new addition, right next to a giant wall of glass. The kitchen now looks onto the living room and therefore the windows, and has skylights overhead to bring in additional light.

Upstairs, the three original bedrooms stayed. A fourth, the master suite, includes a massive ensuite and large windows that are surrounded by treetops.

Renovations can be stressful, but Ms. Fuller and Mr. Sebald found moments of delight to enjoy the process.

During the demolition phase, they came across mementoes of the home’s past that they have preserved, including century-old glass bottles and a newspaper from 1930. “The paper has a story about Babe Ruth,” Mr. Sebald says. “He was insisting he get paid what at the time was a lot of money in baseball – $85,000 a year.” (In 2021, $85,000 would be equivalent to about US$1.4-million, a bargain by today’s MLB standards.)

The couple have also made space for future moments of delight. Although they have a formal entrance off the sidewalk from the front, they typically enter the house through the back laneway, where they have a mudroom. Outside the back entrance, they’ve earmarked a long black wall for a street art mural. “We haven’t decided what we’ll do with it yet,” Mr. Sebald says. “We just know we want it to be creative.”

Thinking through the layers of time of the home has given Ms. Fuller and Mr. Sebald valuable perspective. The house was finished in late 2019, just before the family had to hunker down for the pandemic. “This house has now seen two families through major pandemics,” Ms. Fuller says. “The Spanish flu and COVID-19. We feel lucky because we know we have a lot more comfort than whoever lived here 100 [years] ago.”

Your house is your most valuable asset. We have a weekly Real Estate newsletter to help you stay on top of news on the

market, mortgages, the latest closings and more. Sign up today. 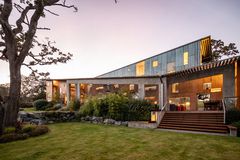 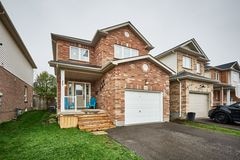 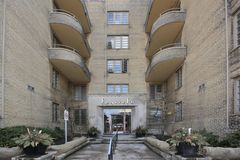