The Canadian dream of home ownership is usually focused on the beginning: the search for and acquisition of a house. But sometimes the dream becomes nightmare, when you lose your house and the bank or some other creditor takes it and sells it off.

There are signs that worst case scenario is happening more often as the Toronto-area real estate market continues to cool. It happened to Cynthia McLuckie and her husband, Brian, who had been trying to sell their custom-built Caledon dream home at 2723 Escarpment Sideroad since 2017.

“The market took a dive; my husband was out of work,” Ms. McLuckie said. “We tried to sell it ourselves, but we couldn’t sell it for less than what we are asking because of liens on the house.”

Ms. McLuckie said her husband, an entrepreneur who specialized in automation systems, had taken out home-equity loans on the property to finance his company, and when the business fell apart, they could not afford the home.

The house is in a desirable area on 15 acres of land – there are other multimillion-dollar homes on the same street – but the couple couldn’t find a buyer for the initial $3.499-million list price, or any of the other half-dozen relisting and repricing attempts. Finally, earlier this year, the bank called the loan. The eight-bedroom, six-bathroom country house (with in-law suite) is on the market again – listed by their bank -- for $2.75-million. Ms. McLuckie says her husband is working again, but they just couldn’t save the house.

“We went through a bit of a hard time with depression,” she said. “We’re in a rental right now.”

Michael De Luca, a sales representative with Real Estate Bay Realty, Brokerage in Toronto, keeps track of as many of the power of sale listings in the greater Toronto area that he can identify, both for his own use and to make available in newsletter form to help generate potential clients. According to him, in 2017, there were 231 sales in TREB’s listing area that were likely foreclosure or other power of sale processes. In 2018, the number jumped 24 per cent to 287.

He’s now seeing more than twice the number of active power of sale listings than he did in 2017: Where once he saw maybe 20-plus bank sales active at any one time, that number has climbed to more than 50. He tracks estate sales figures separately.

“There is a margin of error,” said Mr. De Luca, who added that agents employ a number of euphemisms to obscure admitting when a bank is the client, and oftentimes the clues are in the agents-only portions of the MLS system and are not viewable on the public side. The number of bank sales could be significantly higher.

The financial troubles the McLuckies found themselves in were exacerbated by an inability to sell their home as the local and regional real estate market saw dramatic drops in sales of detached homes.

In the Peel region alone, total sales fell from 19,064 in 2016 to 12,577 in 2018, according to the regional government’s data. While Caledon still has the highest average sales price in the region, valuations have swung wildly.

Mr. De Luca has studied the mass foreclosures that took place in the U.S. real estate market after the 2008 financial crisis, and while he remains convinced Canada’s not looking at anything close to that level of homeowner disruption, he does worry that rising borrowing costs leave many Canadians vulnerable to shocks.

A study published by the Canadian Association of Insolvency and Restructuring Professionals (CAIRP) in late 2018 warned that there is typically a two-year lag between when interest rates begin to rise and when homeowners and consumers begin declaring bankruptcy in larger numbers.

Given that rates began to rise in Canada in 2017, CAIRP is predicting more insolvency filings than average starting in 2019. Exactly how many remains to be seen.

Mr. De Luca sorts through the listings, often manually, to identify these properties for a simple reason: “These type of properties are attractive to me and the clients I like to work with,” he said, referring to investors looking to flip places that need a little love to find their true value. “People hear bank sale, they think fire sale.”

David Grime, salesman with Royal Lepage RCR Realty Brokerage in nearby Orangeville, is listing the McLuckies’ former house and he stresses that the bank is not looking to sell cheap. “It’s not a fire sale by any means,” he said. “The bank’s responsibility is to get market value. If there are any extra proceeds left, they would go to the previous seller.”

Mr. Grime said he doesn’t know the McLuckies or their story, but he feels bad that things turned out the way they did. ”We’ve done numerous power of sales; it is a shame to see somebody not be able to carry on with their future plans,” he said. 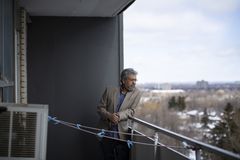 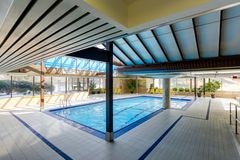