A tattooed, wheelchair-bound woman props her feet up onto the ribbed-concrete retaining wall as she lights a cigarette. Another woman, in cut-off gym pants, perches on the next wall over, her feet touching the small oasis of green in this otherwise barren concrete “square.” A man, who may or may not be homeless, naps on that same patch of grass a few feet over.

There are no benches here, and shade is in short supply at Main Square, a complex of four brick-and-concrete high rises – the tallest reaching 28-storeys – built in 1970-71 by the Victoria Wood Development Corp., with financing from the Canadian Mortgage and Housing Corporation as a place for low-income families.

While folks congregating here in east-end Toronto might be thinking about their lack of comfort, they certainly aren’t thinking about “porosity,” and how the lack thereof is likely contributing to their sense of discomfort and isolation. They aren’t thinking about the disconnect between this site and the subway station across the street (completely hidden from view), the recreation centre to the south, and the GO Transit commuter rail station over the Main Street hill. Some probably don’t even know there’s a lovely park with baseball diamonds on the other side of that hill.

But architects James Brown and Kim Storey know, and they are thinking very hard about all of it.

“You know, it’s just miserable,” Mr. Brown says as he stands at the top of the Main Street bump, a GO train rumbling under his feet. Looking at the four-lane road that leads back to the four towers of Main Square, he shakes his head. “The lanes are too wide here … and then there are these fences!”

While Robert Frost wrote that “good fences make good neighbours,” in this case, they contribute to bad urban planning – or, more accurately, a lack of planning at all. One has to walk further south on Main to even catch a glimpse of the park (Ted Reeve Baseball Park), and, since it’s barricaded by both a guardrail and a chain-link fence, travel almost as far as Gerrard St. to gain access.

That’s a lack of porosity. But, you may ask, what does that have to do with the four apartment towers up the road? Well, in the fertile minds of Mr. Brown and Ms. Storey – partners in marriage and in their firm, Brown + Storey Architects Inc. – there exists an opportunity to connect Main Square to a whole lot of things that will, in turn, improve the lives of the people who live there, and even those who live a kilometre or two away.

“But it’s downtown that gets all of the attention,” Mr. Storey laments, “and the people here get forgotten.”

It all started, the duo say, when the current owners of Main Square, Talisker Corp., began the application process to add density to their site more than a decade ago. However, when a few local residents got wind of the plan to fill in the privately owned public space (the area with the ribbed-concrete planters and lack of benches) with a 20-storey tower and another, even taller tower tucked into the southeastern corner of the three-hectare site, they called on Brown + Storey Architects to come up with an alternative.

Because they like a challenge, the duo took time out of their busy schedules, collected a fee of $1 and got down to brass tacks – all without the knowledge of the building owner, the TTC, GO Transit or the parks department. “That’s what architects should be doing,” Mr. Brown says. “Pick a site, you don’t have to be asked to do it … we can do research on the city and I don’t need permission from anyone.

“When someone writes an RFP [Request for Proposal], they’ve already told you what you’re going to do, so you’re not going to study it,” Ms. Storey adds. “I think there’s an advantage to coming into an area and just looking at it in a theoretical way before everyone writes the rules.”

Their unsolicited plan is, in a word, lovely. Like what they created at Dundas Square downtown, the duo suggests an underground link to the TTC station, with an entrance placed directly on Main Square under a canopy or, in their words, a “covered loggia.” The canopy would then extend south down Main Street, past a Brown + Storey Architects-designed building (more on that in a second) to create connections to the rec centre and the GO station. Past the railroad tracks, the guardrail and chain link fence would be replaced by an extension of the canopy, although here it would become an ultrathin building with a green roof – the “Main Street Bridge Commons” – that acts as entranceway to the park. This thin building would house small retail, housing and craft spaces, and turn “miserable” into masterful, creating much porosity into the park.

And about that new building on the Main Square site: Mr. Brown and Ms. Storey have found a way to deliver the density the owners have applied for without removing the (imagined) improved square. In addition to a new building facing Main Street, they propose an extension to the existing building at the north-eastern corner of the site and an addition to the southeastern building to turn it into an L-shaped one (the space exists for all of these clever architectural moves). And where, today, an army of squat storage buildings lurk beside the rec centre, a series of “courtyard houses” would create a new community.

“We showed that you could put density on this site and not screw it up,” Mr. Brown says.

If it all sounds too good to be true, it probably is. When those same community members invited Brown + Storey Architects to present their findings at the Danforth Village Fair a few years ago, a member of Toronto City Council had stern words for the pair, warning them to mind their own business.

Sad, isn’t it, since the business of making a better city belongs to all of us. 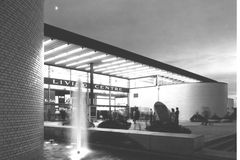 Digging in on a man-made stone with intriguing potential
Subscriber content
June 19, 2019 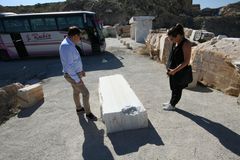 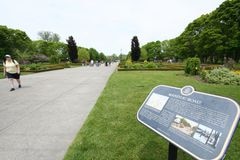