Quebec's securities regulator has laid charges in the biggest insider-trading investigation in Canadian history against an entrepreneur who grew his small online gambling tech company into the world's dominant player in online poker.

The move by the Autorité des marchés financiers (AMF) against Amaya Inc. founder and chief executive officer David Baazov and several associates sent the Montreal-based company's stock into freefall and has thrown into question his announced plan to buy the company from shareholders and take it private.

The AMF filed 23 charges in an insider-trading investigation into Amaya's $4.9-billion (U.S.) 2014 acquisition of Oldford Group Ltd., the owner of PokerStars. Mr. Baazov is facing five charges "for aiding with trades while in possession of privileged information, influencing or attempting to influence the market price of the securities of Amaya Inc., and communicating privileged information," the AMF said in a release.

Mr. Baazov issued a statement denying any wrongdoing. "These allegations are false and I intend to vigorously contest these accusations. While I am deeply disappointed with the AMF's decision, I am highly confident I will be found innocent of all charges."

Separately, Amaya issued its own statement saying it is standing by Mr. Baazov, and that the charges will have no effect on day-to-day operations. "David Baazov has the full support of the independent members of the board," said Dave Gadhia, Amaya's lead director and an independent board member.

Benjamin Ahdoot, a childhood friend of Mr. Baazov, and Yoel Altman, an adviser to Amaya, are also facing charges of insider trading and "attempting to influence the market price of the securities of Amaya." Diocles Capital Inc., Sababa Consulting Inc. and 2374879 Ontario Inc. are also being charged with similar offences.

The AMF says that under the provisions of the Securities Act (Québec), "offenders are liable to stiff fines as well as prison terms."

In a separate release, the Quebec regulator also announced that it executed search warrants and obtained freeze and cease-trade orders against 13 other people, including Mr. Baazov's brother, Josh Baazov. The AMF accuses the 13 of trading on inside information about potential mergers and acquisitions involving Amaya. The AMF alleges they made a profit of about $1.5-million (Canadian) on trades between 2011 and 2016.

"We have made suppressing illegal insider trading and market manipulation a top priority, as this type of conduct profoundly affects public confidence and the integrity of our markets," AMF CEO Louis Morisset said.

The AMF says it may file other charges as its investigation continues.

In February, Mr. Baazov announced that he and a group of investors intended to buy Amaya back from shareholders for $2.8-billion. The plan to offer $21 a share – a 40-per-cent premium at the time – gave a big boost to the share price. Amaya shares closed trading Wednesday at $14.75, down 20.6 per cent.

Analysts from Desjardins Securities said the charges will likely take years to resolve and they questioned whether Mr. Baazov "might delay … or reconsider his stated goal to take the company private."

"While operationally the company has continued to perform well, we believe investors need to take a more cautious view as the scale of the AMF investigation could increase over time," said a research note by analysts.

The investigation was triggered in 2014 after the Amaya acquisition of PokerStars, the online poker behemoth. Months before the deal was announced, scores of investors bet heavily on Amaya, driving up its stock price dramatically. Court documents show that heavy trading in the shares, in the absence of material news from the company, triggered alarms from the Financial Industry Regulatory Authority's surveillance software. Two whistleblowers also went to authorities, according to an affidavit filed by the AMF last year.

Some key players who were targeted by the Autorité des marchés financiers (AMF):

Yoel Altman, who has been a lender and adviser to Amaya for years. In Amaya's 2012 bid to purchase gambling software and service provider Cryptologic – which nearly unravelled because of insufficient financial backing – it was Mr. Altman who stepped up with a $5-million bridge loan to help close the deal. David Baazov relied on the financier for subsequent deals, but Amaya said he did not serve as an adviser on the PokerStars takeover. He faces six charges from the AMF.

Benjamin Ahdoot is a childhood friend of Mr. Baazov. Among their business ventures, the pair formed Vortek Systems in the 1990s, selling computers and compact audio discs to retail outlets. The business ran into legal troubles and filed for bankruptcy in May, 2006. He is facing four charges from the AMF.

Craig Levett is a Montreal businessman who was an initial investor in Amaya's predecessor company and who has had many business dealings with Mr. Baazov's older brother Josh.

Josh Baazov is David Baazov's older brother who various sources say worked at Amaya, but the company has told The Globe and Mail neither Josh Baazov nor Craig Levett was involved in the launch or financing of Amaya. 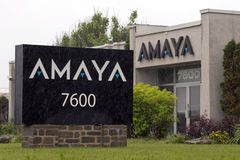 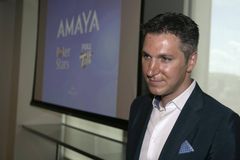